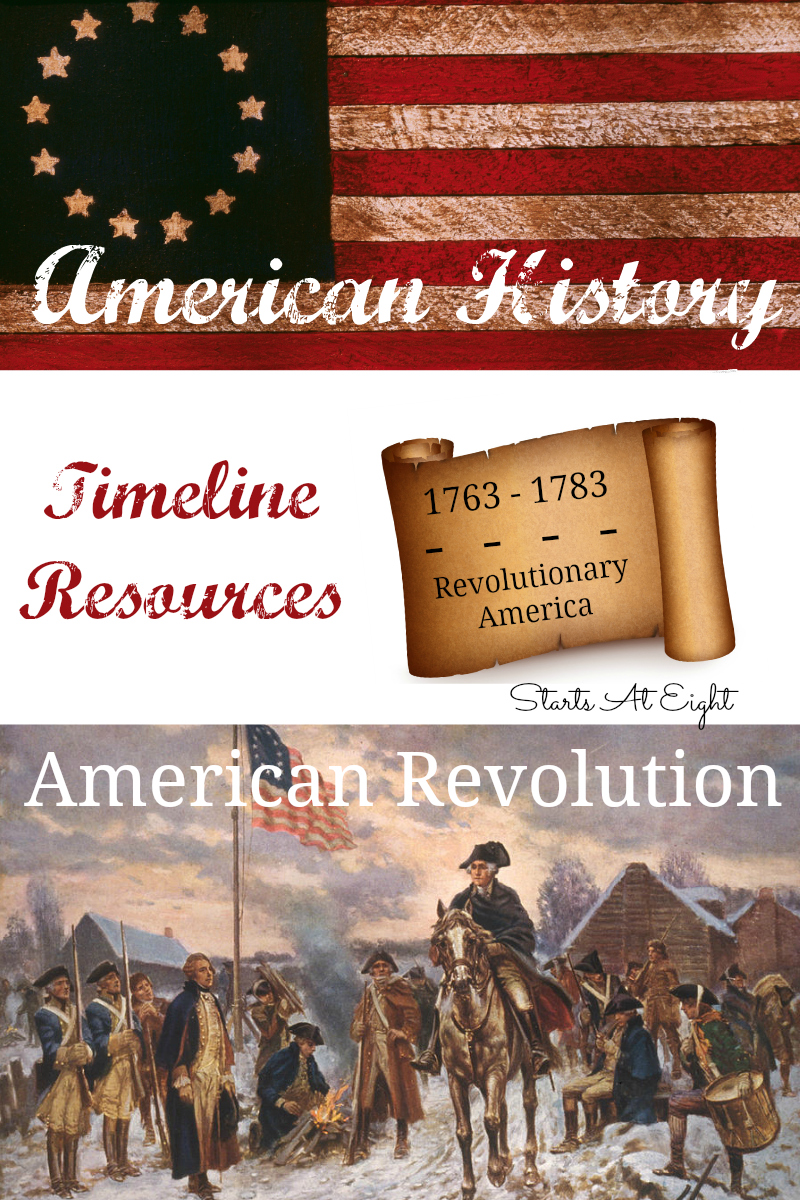 Our previous installments of American History Time Resources include: Before 1630 – Pre-America where we talked a lot about explorers and ended with the Mayflower journey, and Colonial America where we cover things like Thanksgiving, Colonial Life, the Salem Witch Trials, and more.  We begin this period where we left off (around the French and Indian War), with some overlap as we take a look at Revolutionary America. 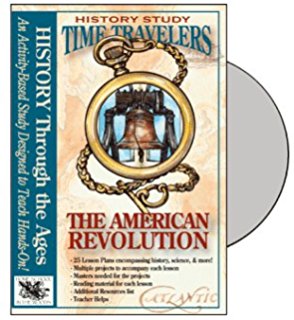 All the names in the red headlines are ones we will be adding to our timeline notebook. While we may not study each one in depth, we will touch on them in some manner in relation to the given time period. Each time period will be covered over the span of one week.

{NOTE: This time period – American Revolution ended up spread out over more than 5 weeks. It took us more like 7/8 weeks with all the fabulous video resources we chose to watch.} 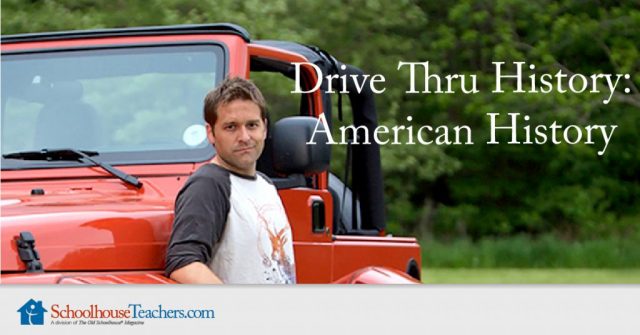 Schoolhouse Teachers.com offers access to multiple Drive Thru History Series such as American History and Ancient History! We are so excited to have a membership this year! Along with each of these videos Schoolhouse Teachers has printable worksheets with straight forward comprehension questions as well as essay questions (all with an answer key) for every episode! It’s a great way to study American History! 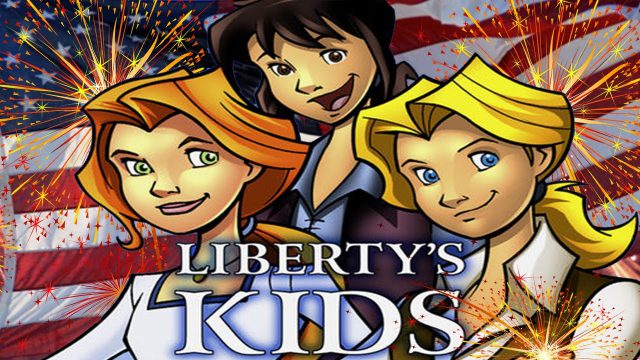 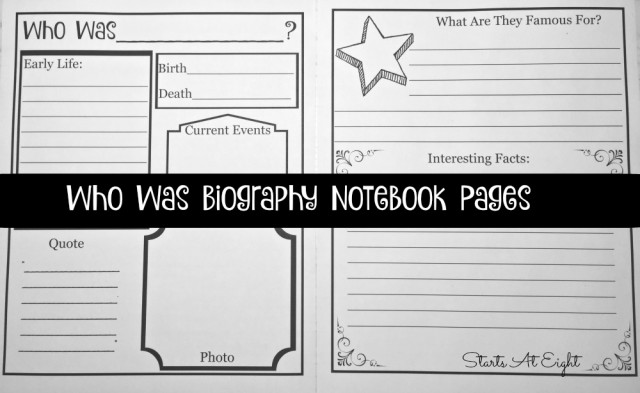 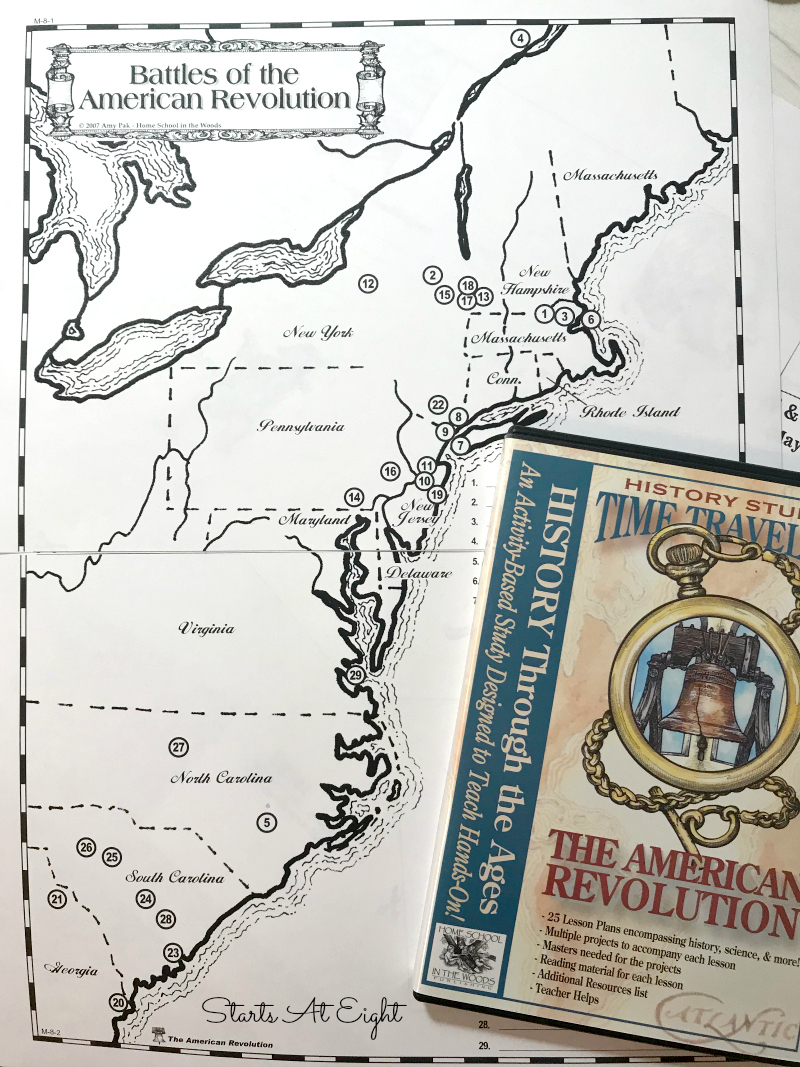 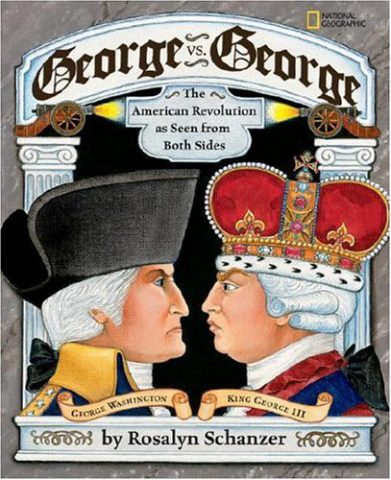 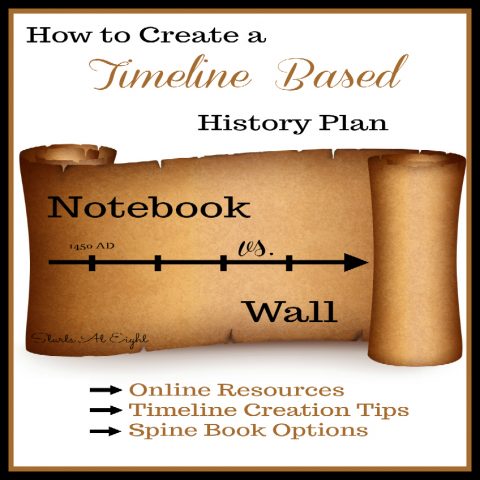