While preparing to enter high school and considering the thought of moving on to college, there is often a question of what books to read. What American literature, poetry, World or British literature should you have read? While there is no set answer to this question, I have compiled an extensive High School Literature List to aid in the selection of reading choices for high school and beyond. 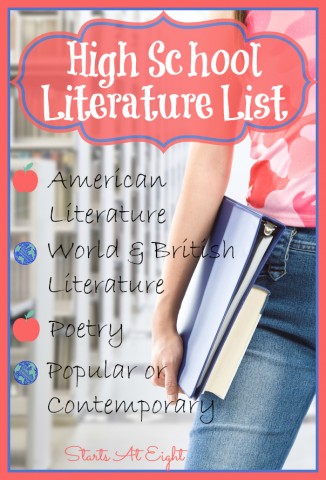 For the ease of reading and finding a great literature choice for your high school student, I have broken this High School Literature List down into 4 separate sections: