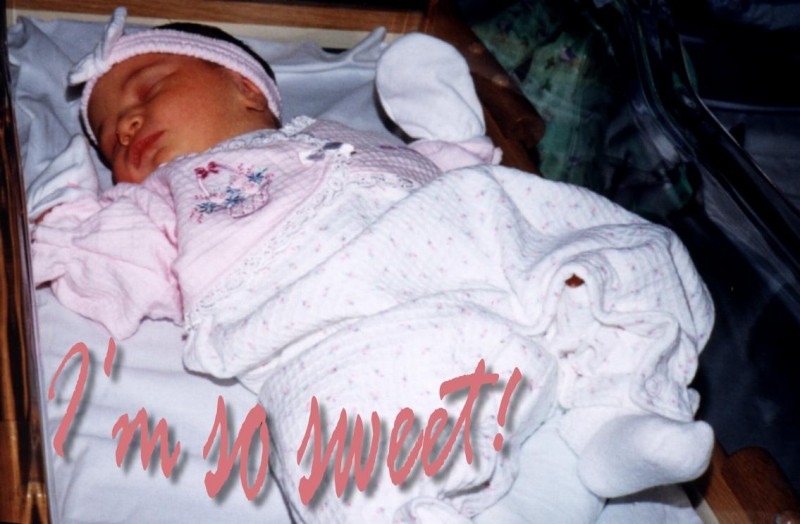 Truth be told the one writing this story should be Joey, as this his memory to tell. Shoulda/woulda/coulda, but isn’t! 🙂 Instead, I am telling it for him! We were recently driving home from nowhere in particular and he asked me if I remembered our very first “family” outing with Chloe, the baby, after she was born. I didn’t recall right away what he was trying to reference until he started telling the story. 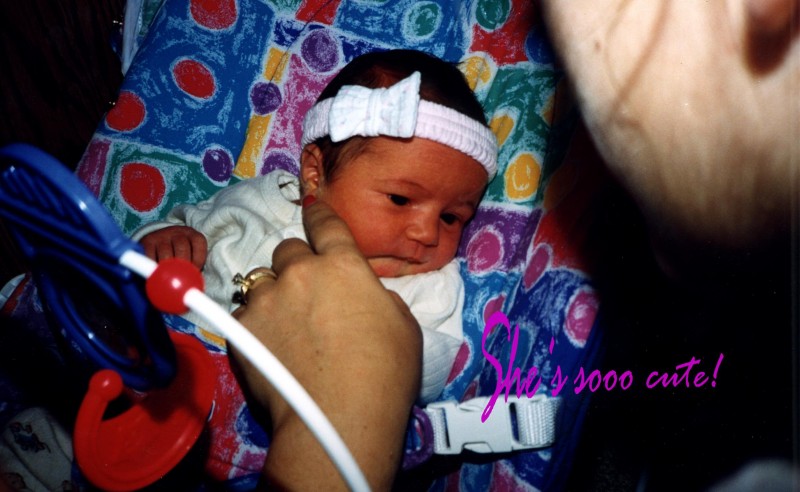 It was a Sunday morning and we had yet to venture out with the baby, except to make the doctor’s appointments and maybe to my parents’ house. Being first time parents it seemed a big adventure to head out with infant in tow. (Especially since the day we left the hospital we pulled over about 85 times during the 5 minute drive home because her head was tilting forward and we thought she was cutting off her airway and turning blue!) We decided, despite the harrowing task ahead, to head out for breakfast, just two of us, and the baby.

At the time we lived in this fabulous one bedroom apartment tucked back from the road, up on a hill, nestled in mile high trees and green grass. So down the hill and up the other side we ventured, to a little restaurant tucked into a nearby plaza. Joey recalls the baby all tiny and new tucked into the infant seat, and us nervous and excited at our bravery in heading out, just the two of us, and the baby. 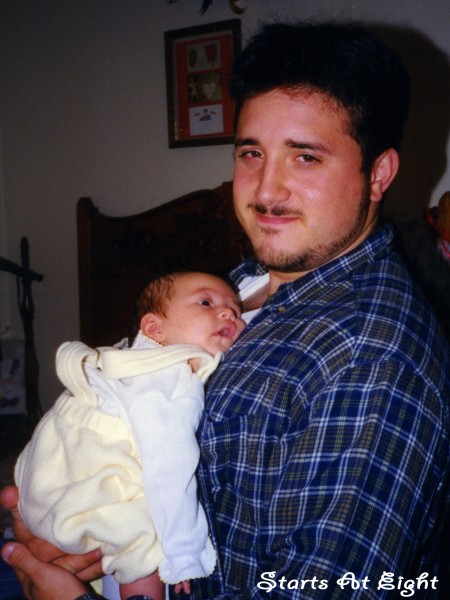 Upon the arrival of our food we were cheerfully notified that due to the color of one of our plates, that meal would be free! What luck on this our first adventure out with just the two of us, and the baby!

That was when our family adventures began. As we drove home from nowhere in particular we sighed in the comfort and appreciation of the family we have built. It is now just the two of us plus three babies, but it all began with the two of us, and the baby.

Now you are wondering why I am continually using the term the baby for a child we all know to be Chloe. This is because at the time, “she did not have Chloe personality yet”, she was simply the baby, “a clean slate”, waiting to grow, be formed, and develop into an intricate part of our lives as her own being, as Chloe, and not just the baby.