We have found one of the most fun things to do with geography is to “find” things. My kids love it when you give them a country, landmark or physical attribute such as river, mountain, body of water, and they race to see who can find it. Since we find this to be so much fun, but we often struggle with things to come up with for them to find, I decided to create a series of World Geography Scavenger Hunt printables. 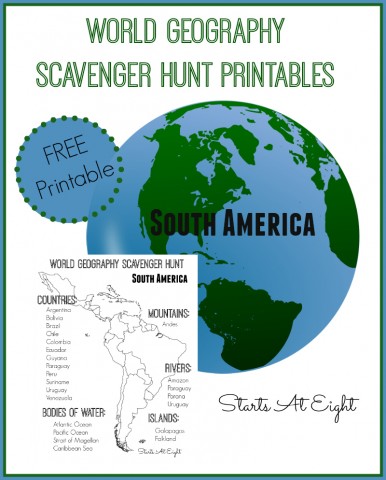 This is the first in my series of World Geography Scavenger Hunt printables. We are starting our fun off with South America. 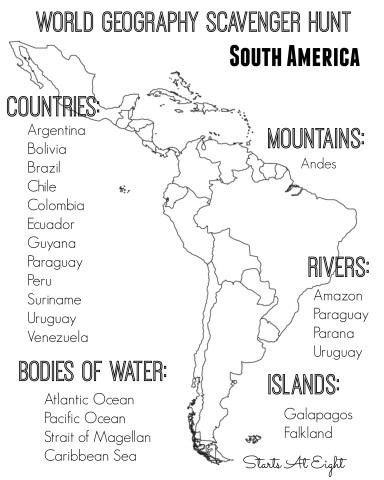