Monday:
We started our week with Music Lesson Monday. (No Museum this time because we had some places to get Grandma to.) Jayden was pleasantly surprised to see that his spelling words this week were all states. The list gave him 17 and he got to chose 3 of his own.

Tuesday:
In continuing with our World’s Greatest Artist Study, we started an art project this week. Their assignment was to “copycat” one of Picasso’s pieces. It was interesting to see how this played out for each of them.

Chloe chose a single female portrait, and I allowed her to trace the outline of it, and then paint. Jayden chose Three Musicians and decided he would draw it free hand first. I made him a 4 square grid to help him keep the proportions in check. His is taking longer, but he is doing a great job on it. After seeing his work, Chloe decided that maybe she copped out a little by just tracing and is going to try a new one this coming week while Jayden continues to work on his. 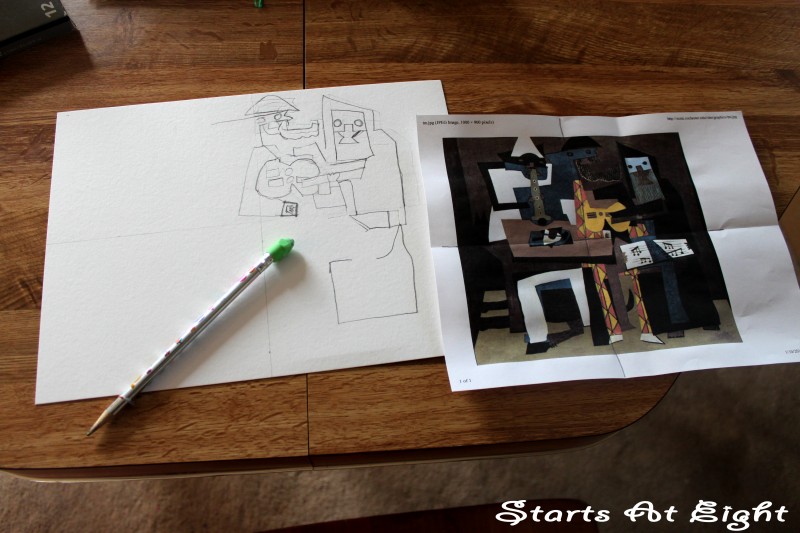 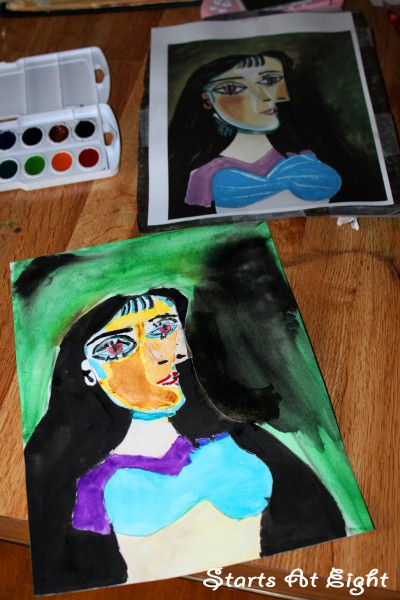 Thursday:
Today brought our first Daisy Girl Scout meeting in about a month (we missed one right before Christmas). Ava had an assignment where she had to be told a story about a strong, courageous woman, and then she would draw a picture of her and tell the other girls the story. She ended up learning about Helen Keller. Ava really enjoyed the Helen Keller book by David A. Adler. We have been reading it every night. 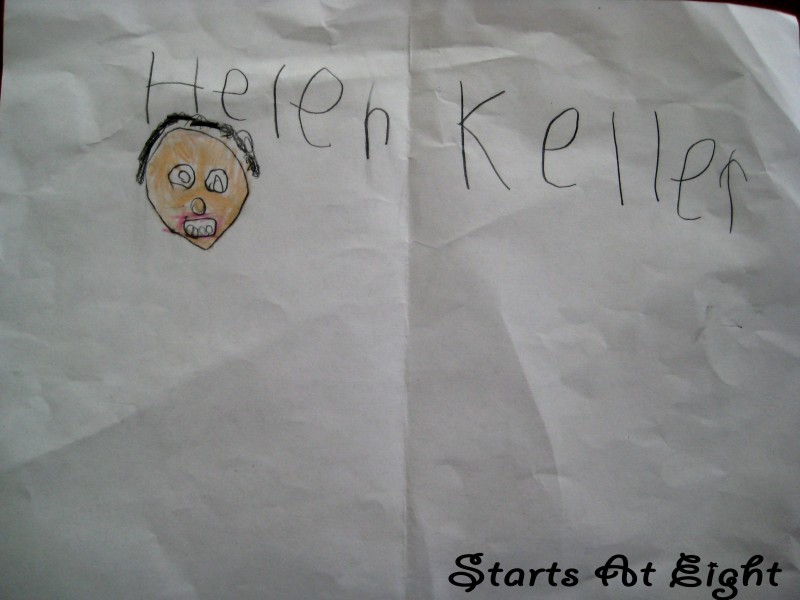 Ava doing this has spurred us into doing a little more about Helen Keller and having the other children read a book or two about her. Here are some of the books we really liked. Helen Keller The Story of My Life is one that Chloe will be reading shortly for her Lightning Lit & Comp.


Friday:
Jayden was excited to start another session of his Homeschool Chess Club. The weather was snowy (finally) and thus they were down a few children but he was happy to have some new faces as opponents to play against.

We (the girls, including Gommy & Grandma) spent a good portion of the day making Italian Wedding Soup (recipe will be coming soon under From Our Kitchen) We made 6 batches of it, which meant rolling a whole lot of tiny meatballs! 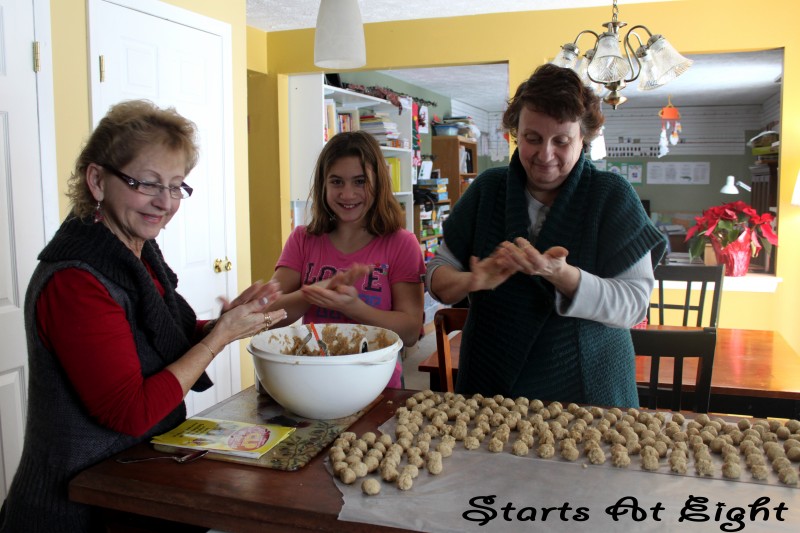