Ten on Ten: Take a photo every hour for ten consecutive hours on the tenth of each month.

Document a day of your life and find beauty among the ordinary moments. 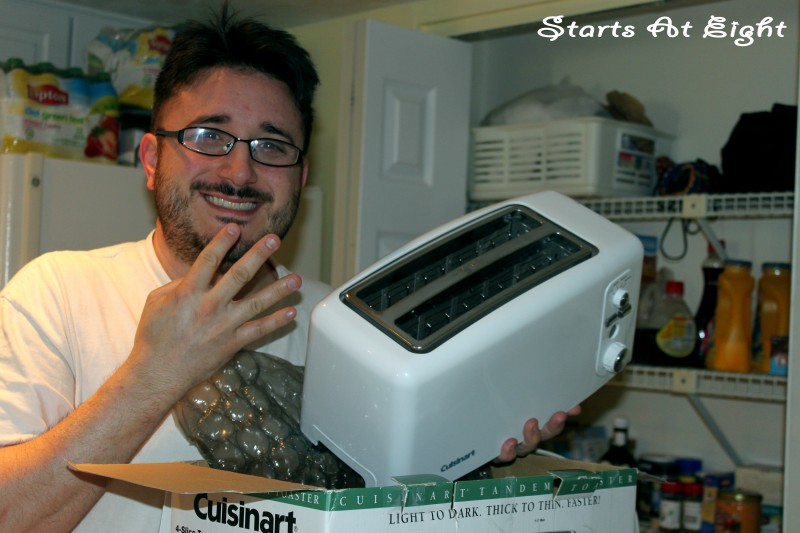 An early birthday present to Joey from my parents. It is a “4” slice toaster. I think the kids were the happiest about the whole things seeing as it will cut our toasting time in half in the morning! Between bagels and toast for all 4 of us (Daddy is already at work by the time we eat breakfast), having a “4” slice toaster will shorten our wait time significantly! 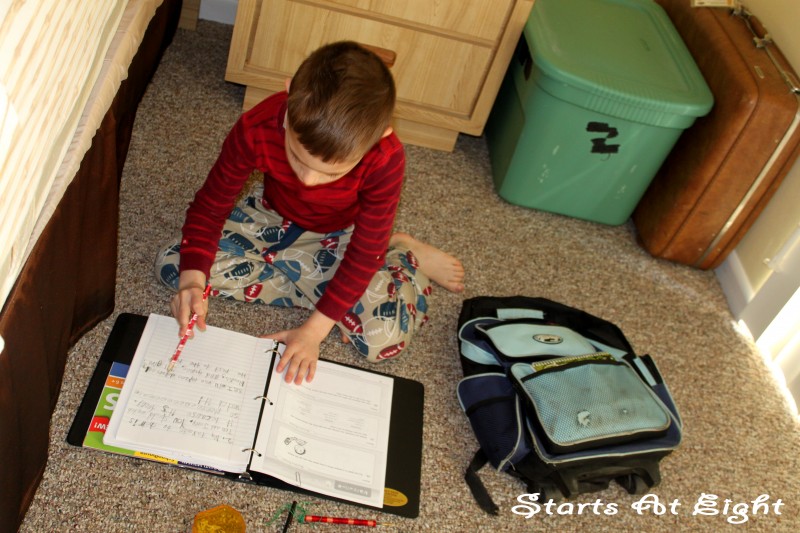 Jayden is getting a little quiet time in the morning in the form of some written work. He is going over his writing prompt response in which he said what he would do if he won $200 in a contest. “I will use my $200 dollars on legos, blocks, and games. I’ll give the rest to the poor.” 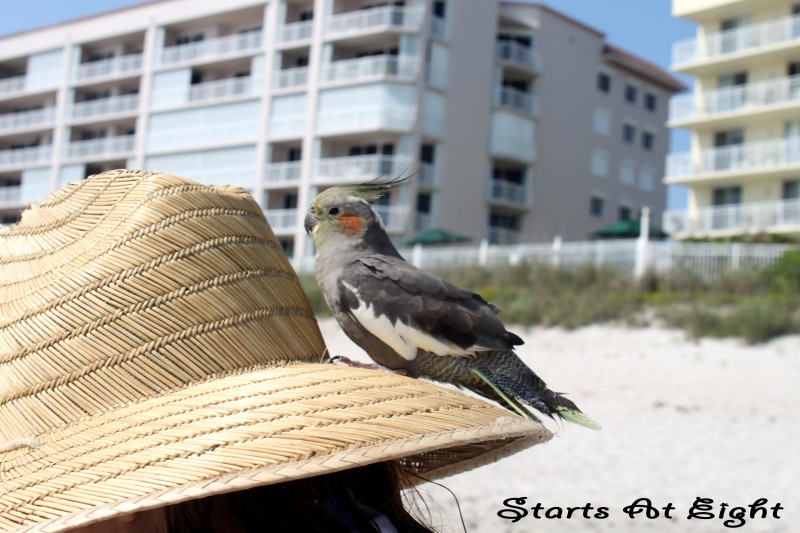 This is Birdie! No joke this woman was walking along the beach with this domestic bird hanging out on her hat! She said Birdie was her son’s, but when he went off to college the bird got left behind and became a great companion for the woman. 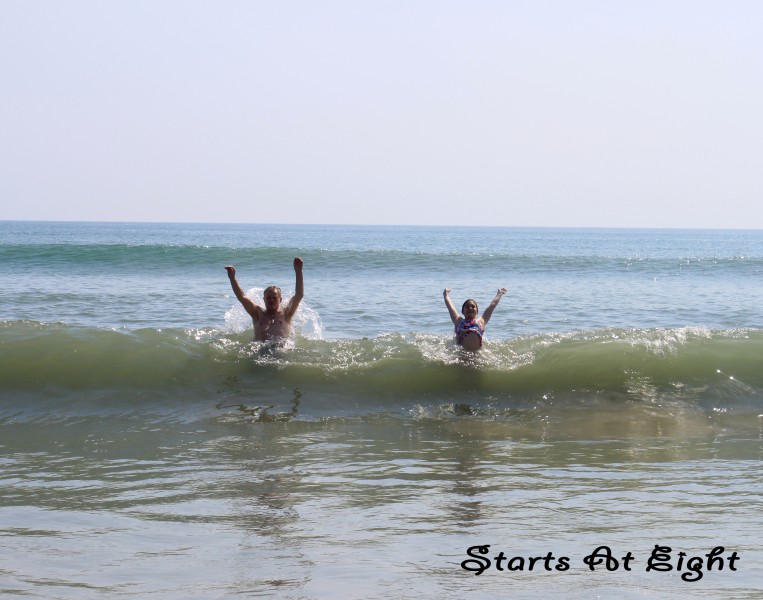 The ocean was fairly tame today. It gave Chloe a chance to drag both Poppy and I out into the waves. This is Chloe and Poppy “riding’ the waves. 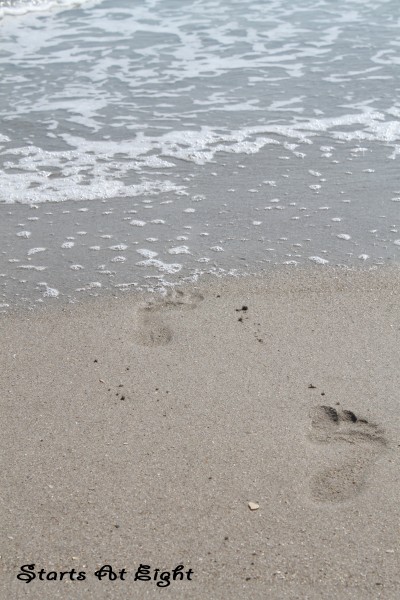 It was then that I carried you…. 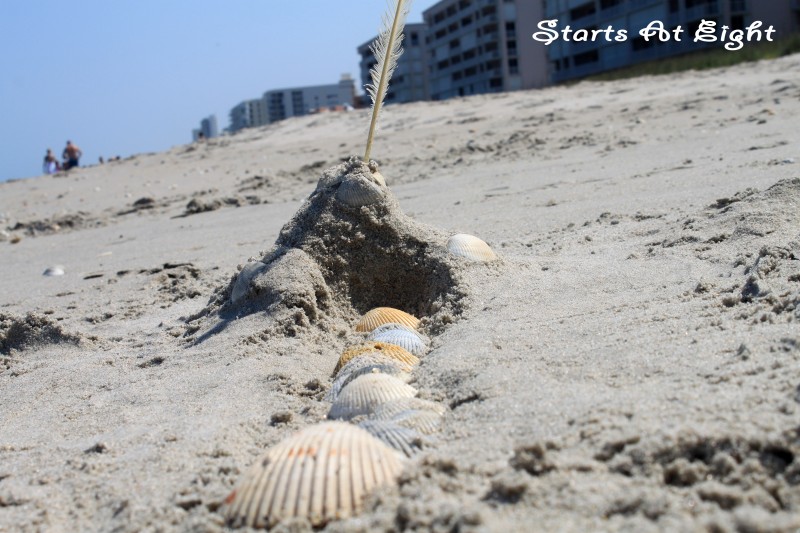 Ava only wanted to dig in the sand. She did not even ask for her shovel, pail, nothing. Two hands and a lot of love went in to her sand castles that she built. This is one out of 3 or 4 that she did today, each one needing a feather on top and shells leading up to it. 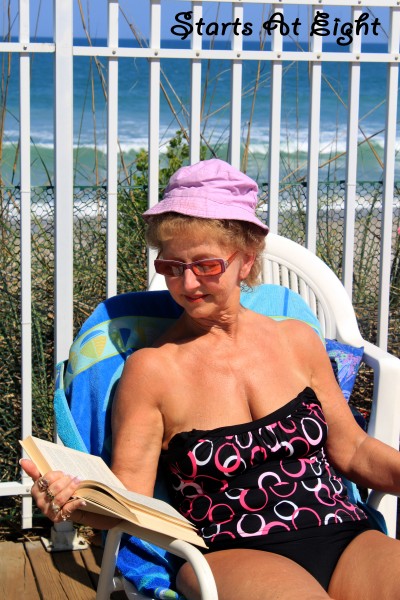 Gommy must have forgotten her hat! I came up from the beach to find her sitting in the chair with Ava’s hat on her head! She looks a little silly don’t you think? 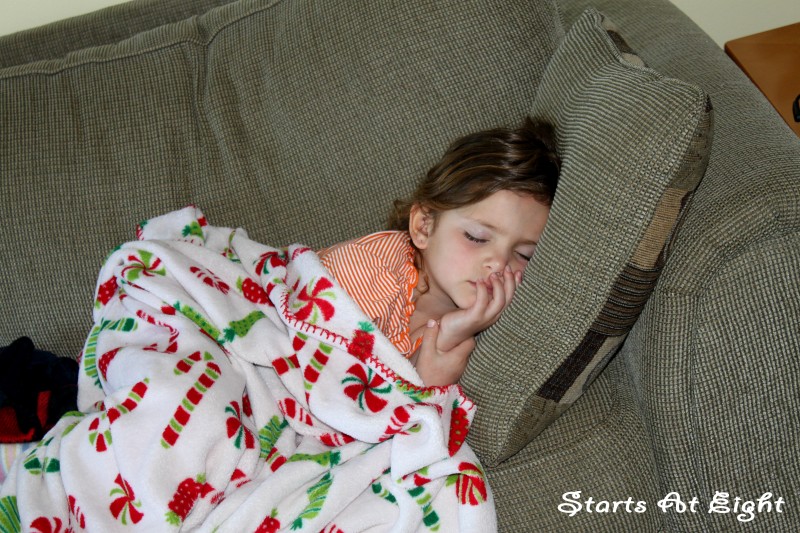 I guess not settling down to bed until 11pm the night before, getting up at 7:30am, and playing in the heat and sun all day has finally caught up to Ava! I wasn’t sure she was going to even wake up to eat dinner! She went out cold while we were making dinner and was not having one little bit of being woken up! 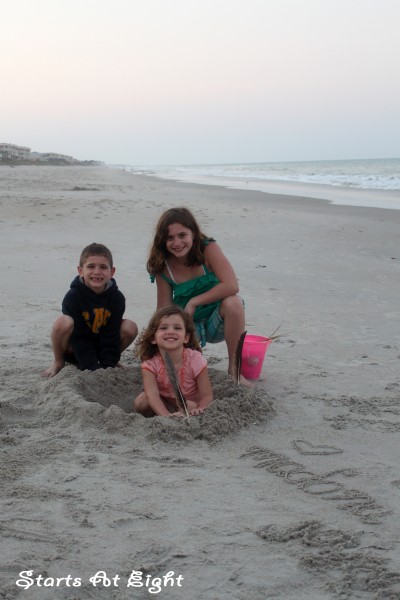 This was a “water hole” that Ava dug. Ava, Poppy and I had done a few of these throughout the day. The goal was to make them strong enough to withstand the waves coming in. This one was saved by the tide heading out, instead of in! Then someone added words around it so our 3 followed suit.

Can you feel the love tonight!

To check out more beautiful Ten on Ten posts, head over to a bit of sunshine