The Periodic Table of Elements is another one of those things that seem to need to be committed to memory. If not for any useful purpose, than simply because it makes answering trivia questions easier! 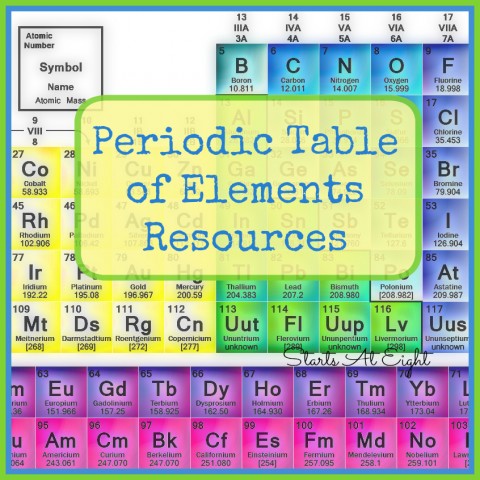 One of the many ways we learn things in our house is through song. We have learned things like the 50 States, the Presidents of the United States, and Spanish Vocabulary through song. The Periodic Table is no exception. We have found this awesome song with a video that I really like the graphics in to help our children learn the Periodic Table of Elements. While it is my middle schooler that I started this for, it is great for high school also, and even my 8 year old is learning it!

Hydrogen and Helium, Then Lithium, Beryllium

Boron, Carbon everywhere, Nitrogen all through the air

Neon to light up the signs, Sodium for salty times

PHOSPHORUS, then Sulfur, Chlorine and Argon

This is the Periodic Table, Noble Gas are stable,

While Eeeelectrons are added moving to the right

Iron is the 26 Then Cobalt, Nickel coins you get

Selenium and Bromine film While Krypton helps light up your room

Rubidium and Strontium then Yttrium Zirconium

SILVER-WARE then Cadium and Indium

TIN-CANS, Antimony Then Tellerium and Iodine and Xenon and then Caesium and

Barium is 56, and this is where the table splits

Where lanthanides have just begun

Neodymium’s next too, Promethium then 62,

HAFNIUM Then Tantalum Tungsten then we’re on to

PLATINUM, Gold to make you rich till you grow old

MERCURY to tell you when it’s really cold

THALLIUM and Lead then Bismuth for your tummy

POLONIUM Astatine would not be yummy

RADIUM then Actinides at 89

This is the Periodic Table, Noble Gas are stable,

While Eeeelectrons are to the right 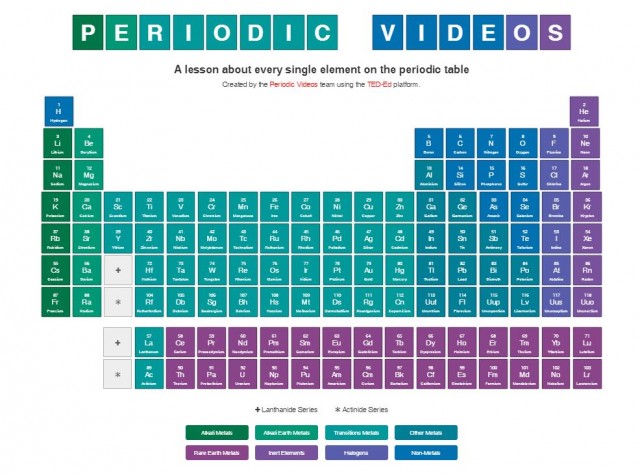 In 1864, Dimitri Mendeleev published the first periodic table that organized all the known elements in the world. This tool was groundbreaking for many reasons–including the fact that Mendeleev planned with incredible foresight, leaving space for any new elements that would be discovered beyond his time.

To help provide a refresher and a study aid of sorts, TED-Ed collaborated with Brady Haran, best known for his YouTube channel Numberphile and his extensive video coverage of the periodic table, to create a clickable periodic table with videos on every element.

Other Period Table of Elements Resources 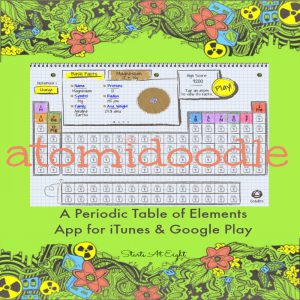 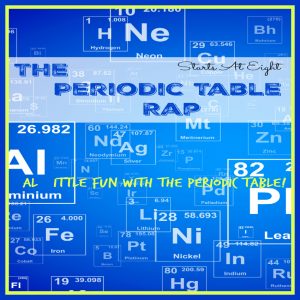