The Smartest Way to Pay for College

Today we have a special guest to talk with us about the smartest way to pay for college – youth expert and professional speaker, Anthony ONeal, who just released his new book and accompanying video for teens, Graduate Survival Guide: 5 Mistakes You Can’t Afford to Make in College. In this new book, Anthony guides teens on how to make smart money decisions that will positively affect their futures. Anthony discusses some of the devastating mistakes he made in his younger years, and takes a fresh approach on topics like student loans, credit cards, the importance of saving money and planning for the future. 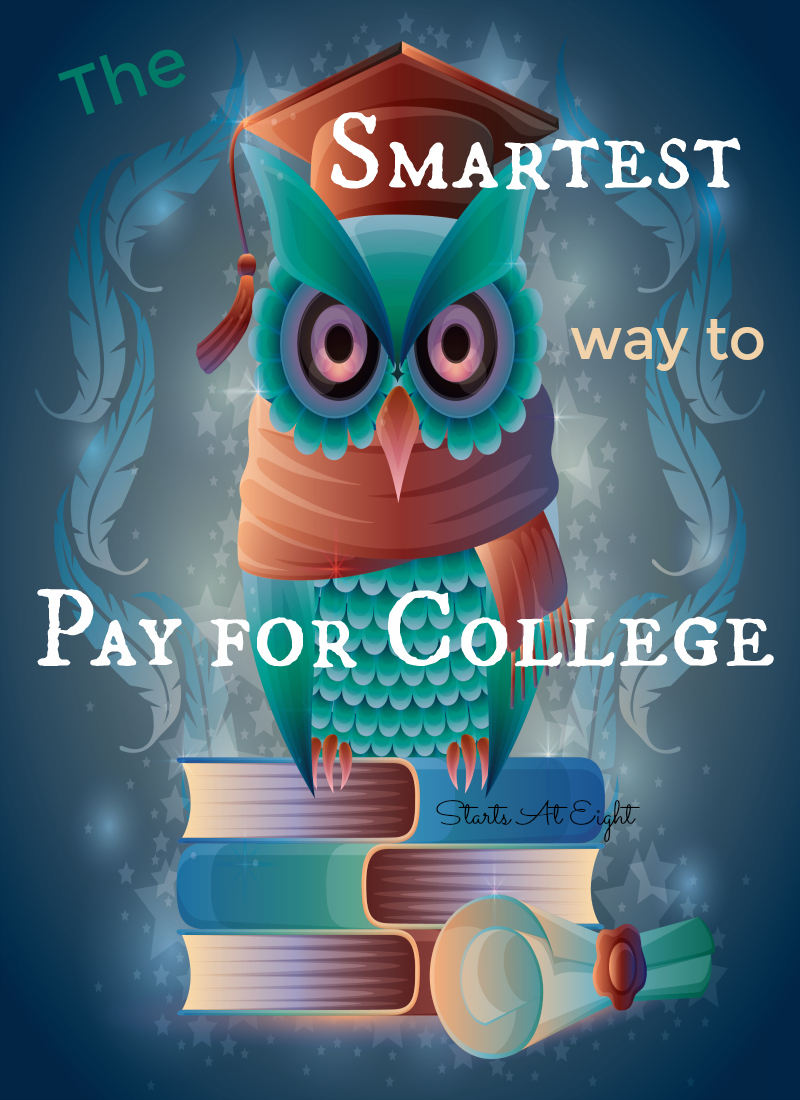 The Smartest Way to Pay for College

I spend a lot of time talking with students about big life decisions they’ll face, and one of the most important is how to pay for college.

At a recent speaking event, I asked 100 students if they believed they could ever pay cash for college—and 87 of them said no. Now, I know this isn’t a scientific research project. But when I asked those same students why they said no, they told me college costs too much. They figured there would be no way in the world to pay for college without taking out student loans.

For those of you who think the same way, it’s time to think again! I want you to see that there’s simply no reason for a teen you care about to go into debt for college.

Out-of-Control Debt is Weighing Students Down

Here’s a number to get you thinking about the student debt crisis in America: $1.2 trillion. According to Debt.org, that’s how much school debt Americans owe right now!

So how did it get that high? The majority of young people in America have accepted the popular myth that student loans are just an inevitable part of life. And it’s not just the teens from my little survey who believe this. In 2017, Student Loan Hero reported that the average college student graduates with over $37,000 dollars in student loan debt!

This is a serious issue. Don’t get me wrong, either. As someone who racked up $25,000 in student loan debt myself, I can relate to people who borrowed to go to school or who still believe it’s the only way.

Here’s some good news though. There’s a much better way to pay for a college education.

As I said before, most of the students I asked were doubtful about cash-flowing college. But 13 of them agreed that it is in fact possible to go to college debt-free. Let’s talk about how more students every year are getting it done.

There’s money available in many forms to help students go to college without loans. A 2015 study by NerdWallet revealed that every year, over $2 billion in grant and scholarship money goes unclaimed. All that cash could have put a big dent in the billions owed by so many students nationwide.

What’s stopping the teens in your life from claiming those dollars for themselves? There are literally thousands of college scholarships out there. All it takes is a little research and the willpower to apply.

The internet is an awesome resource for scholarship hunting. There are tons of great websites, like MyScholly, that help students find money for school. (Look for even more options on my “Anthony Recommends” tab.)

However, these resources are only helpful if they’re used! Here’s my advice for students to get the most out of their search for college dollars.

In middle school, students should spend about 30 minutes a day searching for and applying to get scholarships.

By the time they reach high school, students should spend about an hour daily doing the same.

Then, during the summer, high school students should treat the search for scholarship dollars like a job and plan to put in four hours a day.

I know students who did this, and they ended up with more than enough money to pay for school and graduate completely debt-free!

And here’s one more thing to keep in mind when it comes to paying for college—the FAFSA. I know, it sounds weird, but it stands for the Free Application for Federal Student Aid. Students have to fill it out every year they go to college. It’s not just used to determine eligibility for student loans—it’s also used to determine eligibility for grants, scholarships and work-study programs.

The earlier applicants complete the FAFSA, the better. Students can begin the process as early as October 1 (for the following school year), though they will need to come back after January to update their income tax information.

So remember: Debt is not necessary to get a college degree. There are ways to pay for college without taking student loans and being in debt for 10 years after graduation. Yes, it takes some research and hard work, but cash-flowing college is possible!

Since 2003, Anthony ONeal has helped thousands of students make good decisions with their money, relationships and education to live a well-balanced life. Now Anthony has joined Ramsey Solutions to spread this encouraging message to students nationwide as a Ramsey Personality. You can follow Anthony on Twitter and Instagram @AnthonyONeal and online at anthonyoneal.com or facebook.com/aoneal and be sure to check out his book – Graduate Survival Guide: 5 Mistakes You Can’t Afford to Make in College