I used to go full on school mode, even in the summer. Even if we didn’t do the exact same things during the summer, I always found workbooks and things to “do” over the summer. You are now asking yourself, “Why on earth would you do that?” The answer is that I am always striving to prevent the “summer learning slide” that often occurs during the summer months. I want to keep my children engage in some learning, I want it to be fun, and I don’t really want to have to do any work! 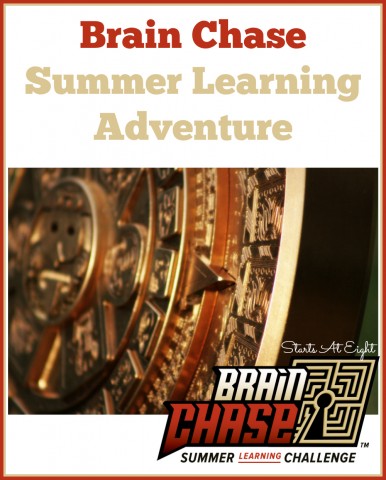 Guess what? I found something that fits the previous three things I mentioned!

In walks Brain Chase! A summer learning adventure where my kids can be engaged and learning without really knowing it! {Disclosure: I was compensated for my time in posting this and received a free sign-up to Brain Chase. I only participate in sponsored posts that I would use myself.}

What is Brain Chase?

I love that not only is Brain Chase educational, but that it offers personalization of their learning platform. That means each child that uses it will get educational components tailored to their choices and needs. They now even have a partnership with Rosetta Stone where all Brain Chase participants will have the opportunity to choose to participate in a language module as part of their online academic work! This would replace their writing module and would allow them to choose from over 30 languages!

Why Use Brain Chase this Summer?

Brain Chase offers your children the chance to participate in this global wide treasure hunt while keeping their minds engaged over the summer months. When summer break is over they can begin their full time studies with sharper, more engaged brain capacity than if they had just let the summer slide set in.

The 2015 Brain Chase challenge is to find the Sunstone of Cortés, a mysterious calendar stolen from the Aztec empire by Hernan Cortés in the 1500s. Kids join Mae Merriweather, her brother Max, athletic Sean Drake, and former nemesis Savannah Bryce to find the fictional Sunstone of Cortés… and the real one!

1. START THE CHASE
At 9 a.m. ET on Monday, June 22, 2015, Brain Chase: The Sunstone of Cortés begins. Adventurers log in to watch the first animated webisode and meet Mae Merriweather, the star of the show. Then they dive into their first week of learning challenges. A proprietary (patent pending) learning management system – the “Dashboard” – tracks each student’s progress as they journey through the 5-week challenge.

2. UNLOCK THE ADVENTURE
Each week the adventurers have four tasks: read for 15 minutes per day, write one journal entry, earn 10,000 points on Khan Academy, and do one bonus challenge. When they’re done, they unlock the next webisode, which contains hidden pictures, numbers, and riddles to help them guess the treasure’s location.

3. FOLLOW THE STORY
Mae Merriweather and her friends from the Grayson Academy of Antiquities are hot on the trail the mysterious Sunstone of Cortés. To find it, they travel to the Himalayas, dive off the coast of Greece, and solve riddles. But there is more to the quest — and treasure — than they realize.

4. FIND THE BURIED TREASURE
The hunt for the Sunstone isn’t just fiction – there is a real golden Sunstone of Cortés and $10,000 buried somewhere on Earth. Every 24 hours, adventurers can log in to enter their guess of the treasure’s location. The first adventurer to guess the location within a two-mile radius travels with his/her family to the treasure site to claim the gold. 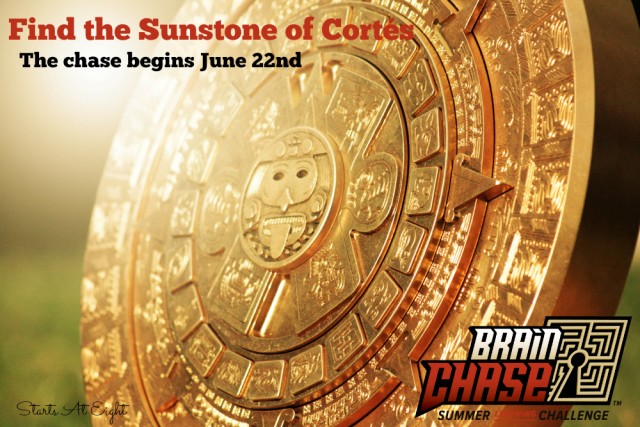 Some FAQs About Brain Chase

What is the age range of Brain Chase?

What platforms will kids be able to do their learning on? PC, mobile device?

This will work on the major PC browsers, as well as iPads. This summer it will not yet be
available for mobile phones. But it’s hard to do much writing and math on a mobile phone
anyway!

How are the kids “graded”? Can they work ahead or behind their grade based on learning
needs?

Students can do anything from early math and basic phonics to advanced Calculus and
Shakespeare! They are measured based on effort (e.g., energy points on Khan Academy, active
reading time on the reading platforms), not based on accomplishment.

It takes roughly 4-5 hours per week, and you can divide that time as you’d like. Or if you’re on
vacation, you can get caught up on the previous week when you get back.

What if the kids miss a day? Will there be an opportunity to get missing clues?

Students can complete the challenges at any time. If they miss a day, it’s not a problem. They
can catch up at the end of the week, or even the following week. The only rule is that they can’t
jump forward to a new week before that week begins, because we don’t want anyone to review
clues early.

Will the kids be interacting with other kids online?

No! Out of safety for students, they cannot interact with other students directly online through the platform. But Brain Chase does have an active Facebook page that became a fun destination last summer for families to interact with others and discuss each week’s clues. Here’s a sneak peek at the Brain Chase Adventure Dashboard to see how it works.

How often can we guess the location of the treasure?

Kids get to guess the treasure’s location once every 24 hours. Once they drop a pin on the virtual
map, a time counts down 24 hours until they can guess again. If they don’t guess within that 24-hour period, they lose their turn for that day, but they can guess again the next day.

So, how much is it to participate in Brain Chase? $199 ($100 per additional child), but Brain Chase is offering Starts At Eight readers 15% off their total purchase. Use Code: STARTS15