I have a son in middle school. One of the things I have noticed is that he enjoys books on the goofier side than my daughter did it his age. This has spurred me to find some books that he would really find fun, but would also be appropriate for him. Luckily I have found some fun books set in Middle School for him to enjoy! 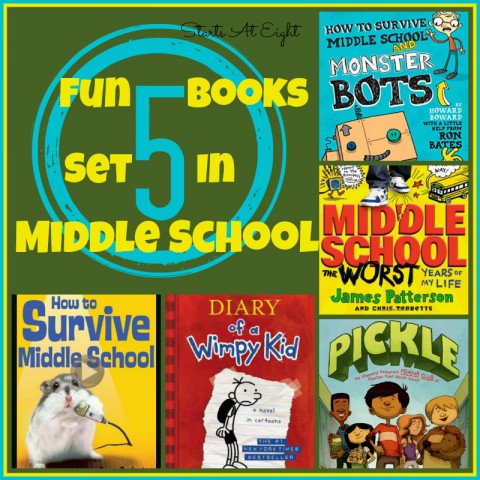 Girls and boys alike can delight in these fun books that help put a more humorous spin on the ins and outs of middle school life. A couple are even part of a series so there is even more enjoyment to be had! I know if you are anything like me, finding a series is a relief because it takes the pressure off having to find so many good books! With a series, they are just built in! 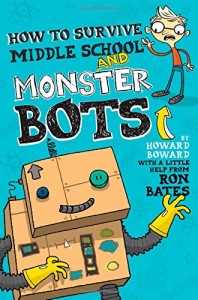 How to Survive Middle School and Monster Bots

One of the things that drew me to this book choice was the fun illustrations. For my son if you get too serious he might not want to read it. While he reads many more in-depth books, he sometimes gets to a place where he wants something more fun and light. This was a great choice for him due to the silly illustrations, and humorous manner in which the story is written. 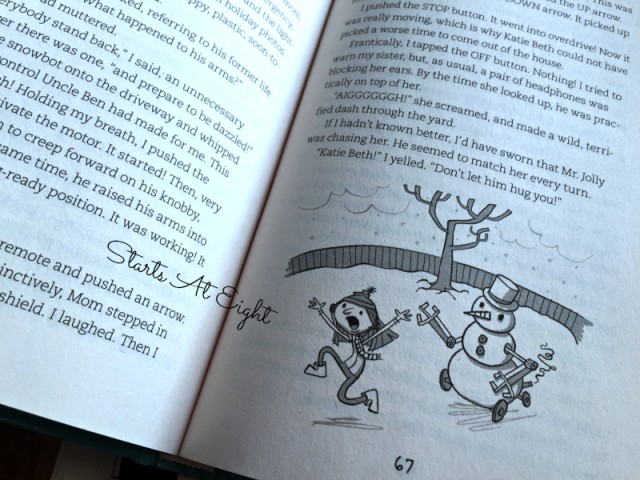 Dolley Madison Middle School is full of highs and lows for the main character, science genius, Howard Boward. I love some of the terms Howard uses like the “UPs.” He describes the Ups as the uber populars – “practically celebrities”.

Another cool aspect of this book is the science geek, robot theme. I can’t imagine too many kids that wouldn’t be intrigued by the building of their very own robot!! 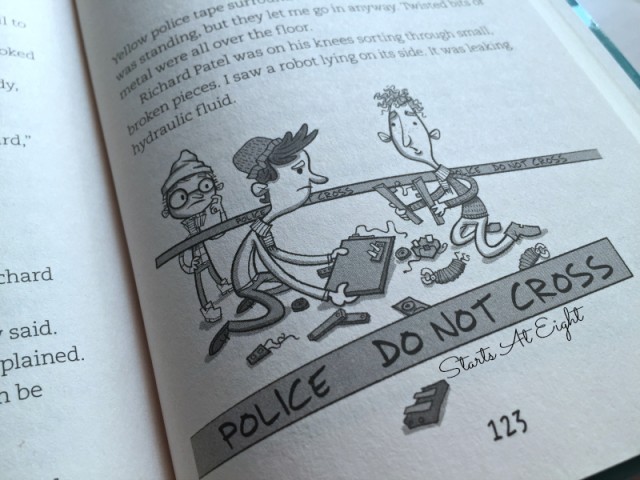 {I recently received this book for review from ZonderKidz. Please see my full Disclosure Policy for more details.}

2. Middle School, The Worst Years of My Life 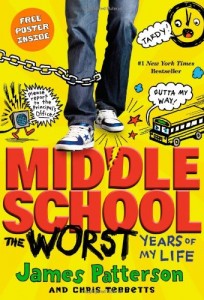 Middle School, The Worst Years of My Life

is book number one in James Patterson’s Middle School Series, of which there are currently 7 books. In this series you follow Rafe Khatchadorian’s adventures and mishaps during his days at Hills Village Middle School. 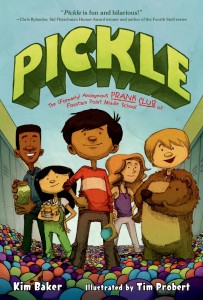 is the story of THE LEAGUE OF PICKLEMAKERS
Ben: who began it all by sneaking in one night and filling homeroom with ball-pit balls.
Frank: who figured out that an official club, say a pickle-making club, could receive funding from the PTA.
Oliver: Who once convinced half of the class that his real parents had found him and he was going to live in a submarine.
Bean: Who wasn’t exactly invited, but her parents own a costume shop, which comes in handy if you want to dress up like a giant squirrel and try to scare people at the zoo.
TOGETHER: they are an unstoppable prank-pulling force, and Fountain Point Middle School will never be the same

Diary of a Wimpy Kid is the first of a currently 9 book series written by Jeff Kinney about a middle school student named Gregg Heffley.

Here the hazards of growing up before you’re ready are uniquely revealed through words and drawings as Greg records them in his diary.

5. How to Survive Middle School

In How to Survive Middle School

David Greenburg is 11 years old and about to start middle school. David spends his free time creating original Talk Time videos starring himself and his hamster, and posts them on YouTube. He struggles with his mother having left, a former friend turn schmuck, and the fact that he is a target for bullies. He even has a school friend who was formerly homeschooled!