Jayden has been playing football for our local youth team for 5 years now. His first 3 were spent playing flag. Ava started cheering for the flag team this year, but we did question whether or not she should be playing football instead. 😉 Number one reason not to….we worried she would do too much tackling! She would be on the sidelines during Jayden’s practices and the little flag boys would be running scared, and upset because she tackled them!

Jayden has this Nerf flag football set that has been seeing more use this year because many of the boys on his tackle football team this year came from playing flag last year and they still seem to love it! When Jayden doesn’t have friends to play, he has now taken to roping his little sister into it. Unbeknownst to them, I caught these photos through the front window of our house one day while they were having a spirited one on one game! 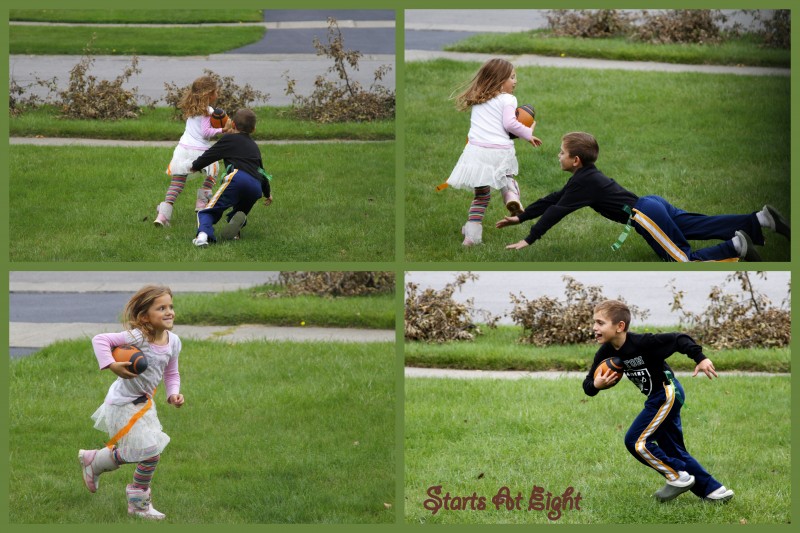