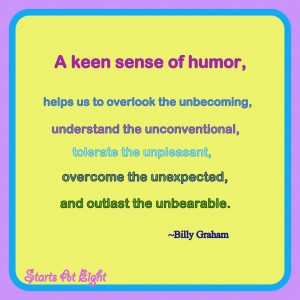 I was nominated in the Homeschool Post Blog Awards for Best SUPER Homeschooler!! Please considering clicking the button below and voting for me! You can vote once a day per device through 11/16/2012

For whatever reason I am incredibly behind in the blogging department. We are doing so many great things and they are keeping us very busy!

Monday: It is Music Lesson Monday! I was disappointed at our last lesson to find that Jayden has not been practicing the way he should. I hear him playing, but don’t always hover over every note. Thus for the second time since he started playing about a year and a half ago, I have to go backwards and help him relearn all the songs! It is infuriating and frustrating. he has a list, he knows he is supposed to play each song every day and yet he doesn’t do it.

Tuesday: Ava has been working on a Johnny Appleseed/Apples unit for a couple of weeks. This week is the completion of the unit where we are putting it all together in a lapbook style format. We have watched the Disney video production, read many books, and learned about the life cycle of apples. Here is the post with all of our resources included.

Wednesday: Halloween Day: For Halloween we made Pumpkin Rice Krispie Treats. If we do them again I would not use orange jello as we did not prefer the orange flavor it gave the treats. Instead I would use food coloring. We also used chocolate covered pretzels for stems because that it a preferred snack in our house! 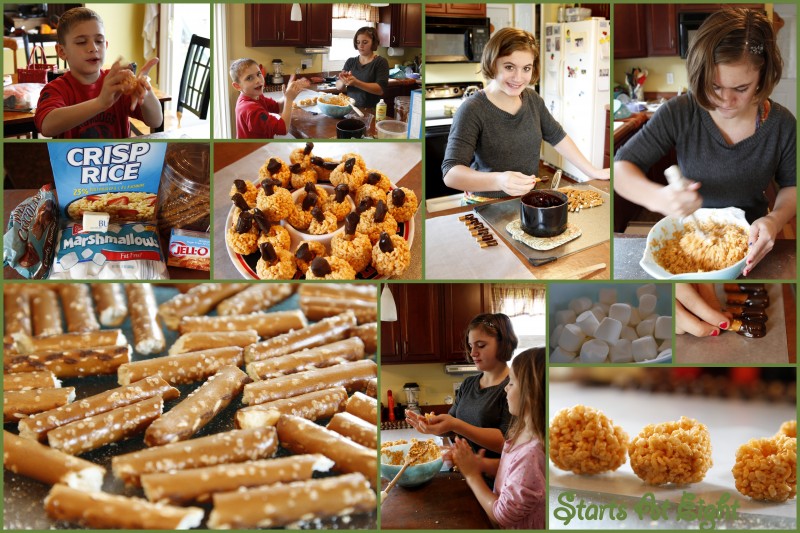 Thursday: Today was the last Mars and Stars class at the RMSC for Chloe. This class has been the most productive class I have paid for since we started homeschooling. It is more rigourous than others and well organized. I am happy that they will be continuing them (with a week off next week). The next class she will start is called Orion: Stars in Depth.
PART 2: A TRIP TO A STAR
Session 6: Planning a trip to a star

In the Star Theater:
Review current stars, constellations and planets, noting changes since our first session

In the lobby:
Plan a trip to a star in steps from 9.9% to 99.9% of the speed of light. Use the time-dilation formula in each step to predict how far can a space ship go in, say, 20 years of Earth time. How much time will have elapsed on the ship when it returns? Discuss this and ideas that spring from it – for example, would you volunteer for a one-way trip to a star?

Friday: In continuing with our Human Body studies, we started the first of a series of labs this week. We did two different activities to demonstrate the characteristics of the Haversion System and how are bones are able to be very light, yet super strong! I will also detail these activities in another post.

“If the human skeleton were made of enough steel to equal the strength of bone, it would weigh five times as much. The strength of bone comes mainly from its inner structure. It is built up from thousands of compactly arranged tube-shaped units, each called a Haversian system.” [An excerpt from Reader’s Digest – How the Body Works, by Steve Parker. 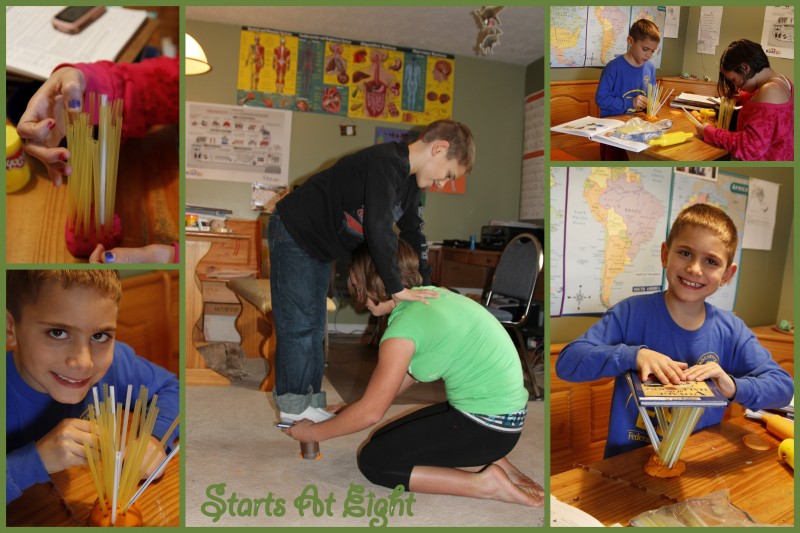