[image width=”120″ height=”120″ frame=”simple” align=”right”]http://www.startsateight.com/wp-content/uploads/2011/11/timthumb.php_.jpg[/image] Jayden has discovered Solitaire this week. He is addicted to playing on my iPad and using the MobilityWare Solitaire App that allows you to customize your deck of cards with a personal photo! He likes the fact that if he isn’t sure if a card can be used, he can tap it and if it is usable it would go to the place where it works. We all have sat next to him and played together at different time throughout the week. I love that he has a productive game to play on his own, and that we can even play together even though it’s Solitaire!

[image width=”125″ height=”128″ frame=”simple” align=”left”]http://www.startsateight.com/wp-content/uploads/2011/11/MathBlaster-HyperBlast-app.jpg[/image] We have also discovered an App called MathBlaster HyperBlast. Both Jayden and Ava are interested in this one. The great thing is how customizable it is. From basic easy addition, to more complex multiplication and division. Great for the earlier elementary years to practice/reinforce the basic math facts of addition, subtraction, multiplication and division. It has a spaceship shooting style where you appear to be flying through a tunnel and have to dodge blocks, gather power ups, and shoot objects flying at you. Then this space looking machine with many arms stops you and you have to do the math problems to earn extra power.

Monday: It was a little tough getting back to a routine after being off for Thanksgiving week. We dug right in with a week mostly spent at home. Ava found herself happy with quite activities for most of the day. From doing her computer based learning, to putting together puzzles, and then spending time writing out the upper/lower case alphabet on the white board. 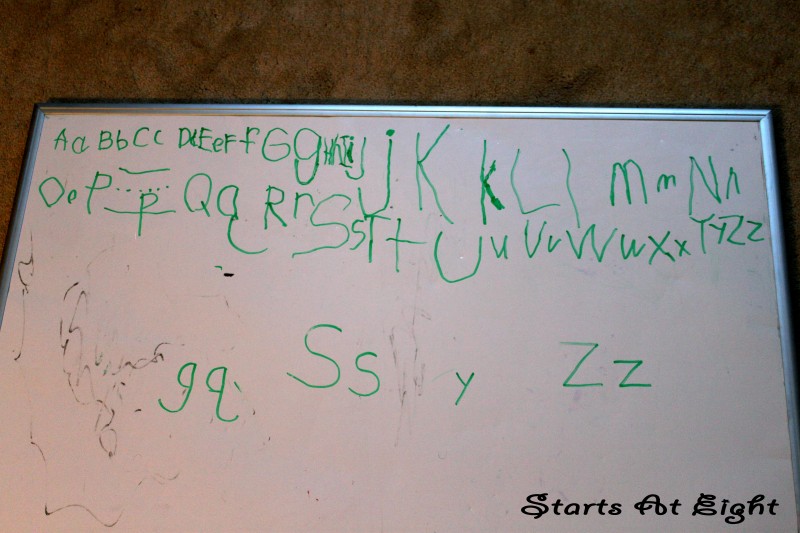 Wednesday: We continued with our Chemistry this week. Starting with an experiment that involved dissolving Epsom salt and then letting it recrystallize to see what changes occur in the process. Then we added the Group 2 Page from the Periodic Table of Elements to our books. 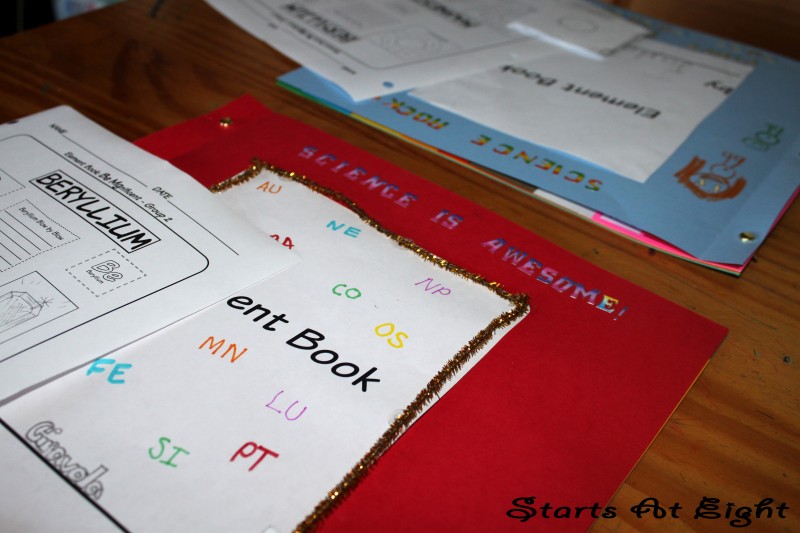 Thursday: We started in with some holiday crafts today. There are always more than you can possibly find the time to do. Sometimes picking and choosing can be difficult. Jayden and Ava took to making felt Christmas trees with pom poms and glitter for decorations. Next week we are going to glue them onto card stock and create presents to put under them. 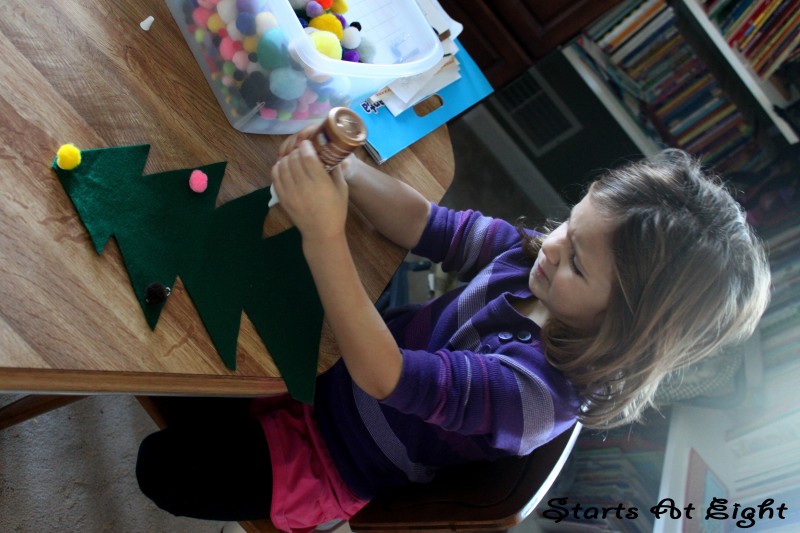 Chloe took to making a Pom Pom Christmas Wreath. The original plan of just pom pom proved to be faulty as they would not hold their circle shape when glued together and held up to hang. We improvised by gluing a pipe cleaner fitted to the correct size onto the back. It worked like a charm! 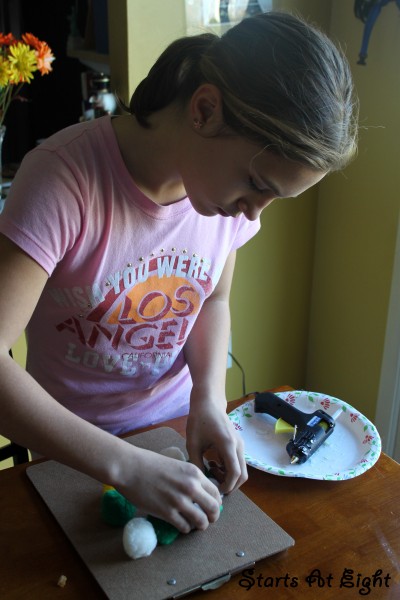 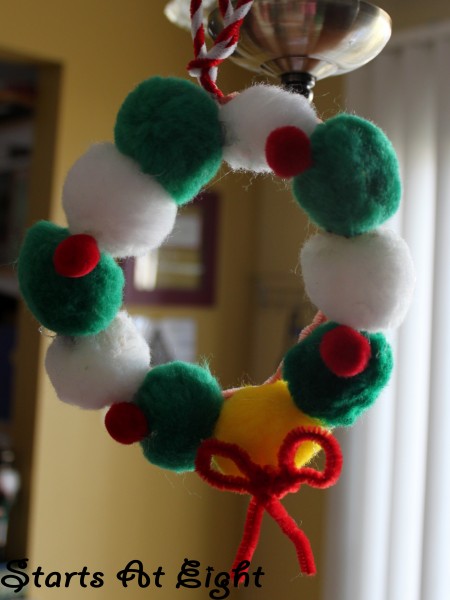 We completed the day with a trip to JoAnn’s to buy a few supplies that we need to make the couple of other crafts we chose to tackle this year. I won’t give too much detail away here as some of them will be holiday gifts for coaches and family!

Friday: Jayden had his last Chess Club meeting for this session. Poppy came and took both Chloe and Jayden with him. Chloe and Poppy had a nice walk while Jayden was at Chess and then they all enjoy lunch together before picking up Grandma.

The most recent game obsession in our house is Rummy 500. Grandma, Gommy, Chloe and Jayden all played for a long time in the afternoon. Then Chloe and Grandma continued on to play Gin Rummy for most of the evening. We found Rummy.com to be a handy resource for rule reference.