Released in 1909, The Ford Model T, affectionately known as “Tin Lizzy”, was the first car to be mass produced for purchase by the average American. Until Tin Lizzy came along, the only people who could afford to drive automobiles were exceedingly wealthy and those of high social status. 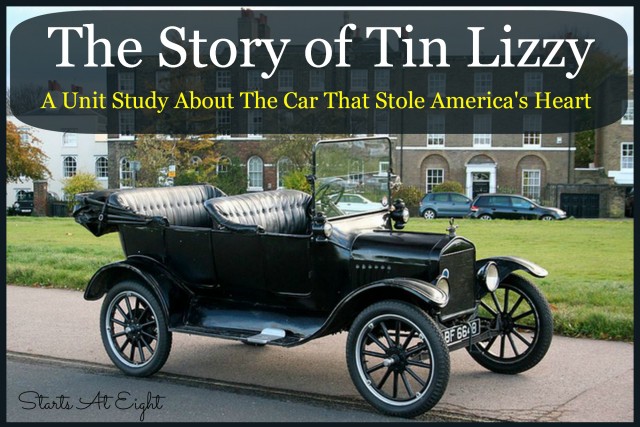 The Tin Lizzy changed the way normal Americans lived their lives, allowing them to travel distances once considered to be extremely far at then unheard-of speeds.

The convenience and privilege brought to normal American families by being able to own a car was revolutionary in our nation’s history.

When we look back on the years of the early 1900’s, they seem to portray a completely different world than the one we live in today. And in a way, it was a different world, especially for automobiles.

Due to its affordability, the Tin Lizzie was the first iconic American car. However, it was nothing like the cars we know today, and the driving conditions were starkly different too. For example, there were no keys or an ignition. You had to turn a crank on the front of the Tin Lizzie to start it, and all the roads were unpaved, made out of compacted dirt. 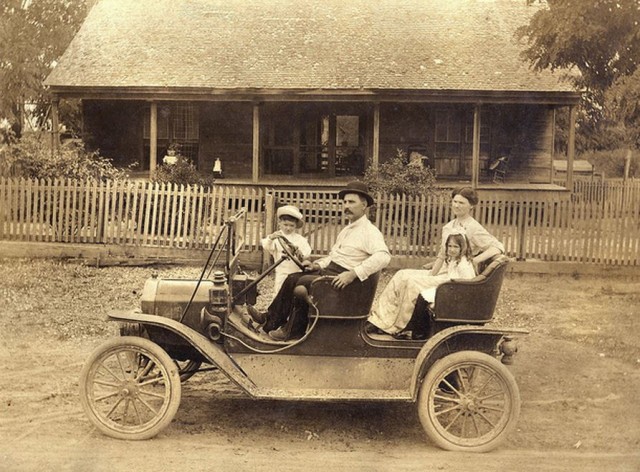 A family going for a drive in one of the first Model T cars about 1909 or 1910. Notice the dirt road they are driving on and how the dust has coated the car, especially the wheels. {Image Credit}

When a family bought a new car back in the 1900’s, and it made its way into town (usually by train), its arrival caused quite a buzz among the townsfolk. People would go far out of their way just to get a glimpse of this new piece of technology. Something as outdated and primitive as the Model T was at one time a fabled legend. In fact, it was the talk of the town and the whole country, as the Model T winded its way across America one town at a time. 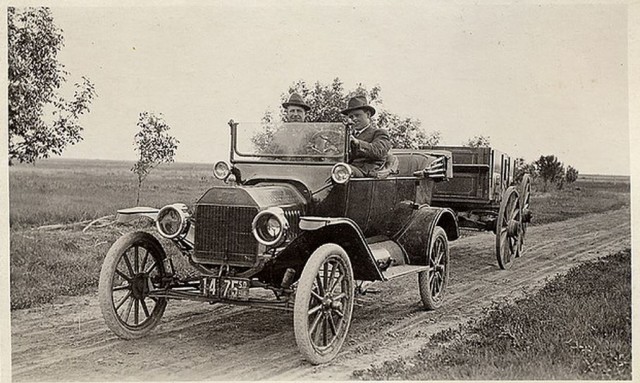 Tin Lizzie wasn’t just a car for Sunday afternoon drives, romantic drives under the stars or for taking the family to town during the week. Farmers often used cars instead of horses, little by little. In this photo, a farmer is hauling a farm wagon down a dirt road. {Image Credit}

What it Was Like to Own a Tin Lizzie

During the 1900’s, cars were still so new that many of the modern driving conveniences we know today simply didn’t exist. That means there were no gas stations, mechanics or parking lots. There weren’t even lines on the road! 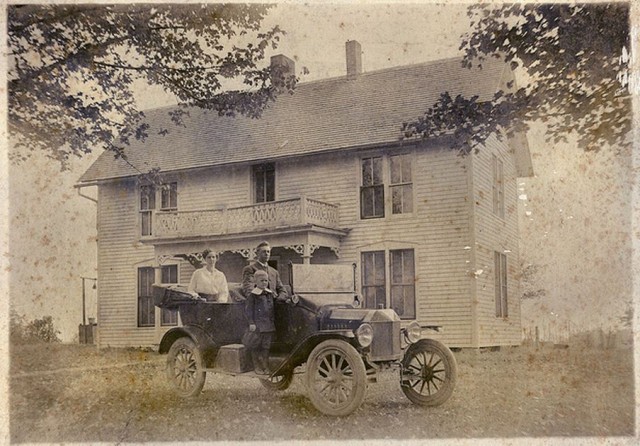 Notice that the little boy is standing on the running board of the car. Do you see how very narrow the tires are? Just a few inches compared to modern tires! {Image Credit}

Since horses and carriages were the most popular mode of transportation, the Tin Lizzie was quite out of place. In fact, it was often referred to as a “horseless carriage.” The Tin Lizzie was truly driven in a world it wasn’t designed for. When you needed to park, there were no spaces, and as you drove along you were liable to run over nails from horseshoes. It was nothing like hopping in the family van today and taking a ride into town.

When you needed to refill your Tin Lizzie with gasoline, you had to make a trip to the drug store to order some. There were no gas pumps, and gasoline wasn’t even stocked in the store. You had to be extra careful not to run out of gas! But, if you did there was always a trusty horse in the stable who could pull your car home. 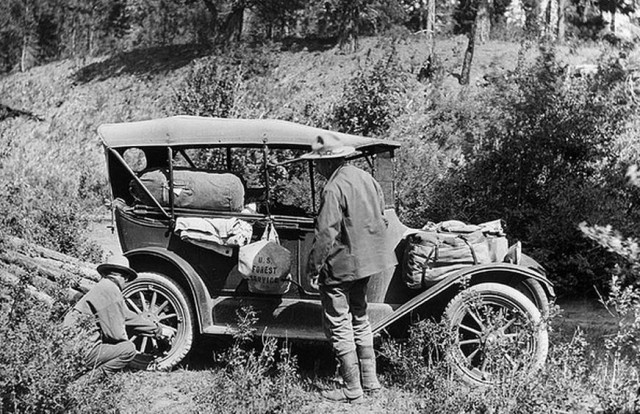 On May 30, 1919, Supervisor G. F. Allen and Ranger Harry Crawford from Snoqualmie National Forest, Washington loaded a Model T Ford with supplies. They were taking a trip from Naches River to Tavern Creek. {Image Credit}

The Man Behind Tin Lizzie 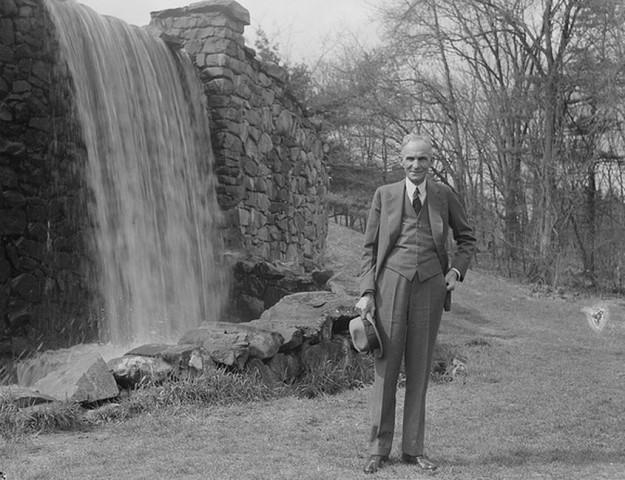 Henry Ford, a famous American inventor and entrepreneur, is known best for his invention of the Model T, the Tin Lizzie. Actually, he didn’t just invent the Model T. He also revolutionized the manufacturing process by inventing the modern assembly line. Before Ford began production of the Model T, automobiles were put together piece-by-piece with little organization or detail. Ford changed the whole process by assembling the Model T step-by-step on an assembly line, the same method we use today for thousands of products.

On an assembly line, each person has a certain amount of time and a specific task they are required to do, such as installing the radiator, painting the car, upholstering the seats or placing the glass on the windshield. If your task was to install the bumper, you would install bumpers on each car that came down the line, all day long. That would be your single task, but you’d become a pro at it from so much practice. You never moved, but the cars did. Cars continued moving down the assembly line slowing getting put together, before it was completed and ready for shipment. This was a revolutionary way to manufacture products, but it was very efficient. 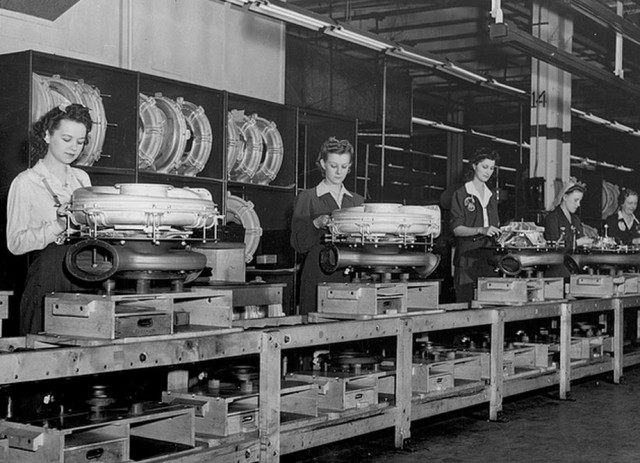 During World War II, many women worked in the factories as the men were overseas fighting. This picture was taken in 1943 at Willow Run Bomber Plant, owned by the Ford Co. {Image Credit} 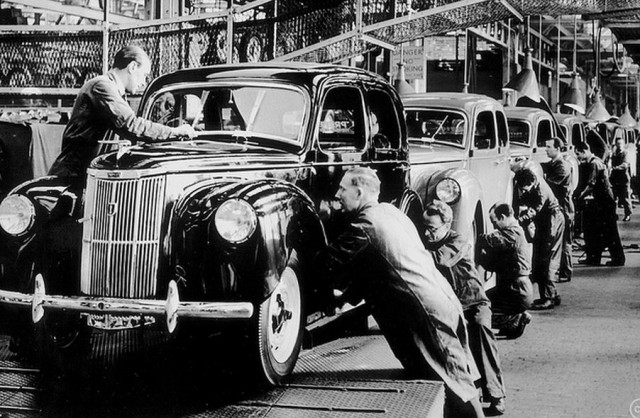 Men detailing cars in the 1950’s as the cars work their way down the assembly line. Notice how close together the workers are, yet they managed to complete their individual tasks. {Image Credit}

Typed on the picture: “Completed Product of a Great Automobile Factory Ready for Delivery. Detroit, Mich.” These were identified as Tin Lizzies by the Library of Congress, although others argue these old beauties are 1916 Cadillacs. Regardless, these cars were shiny and new right off the assembly line. {Image Credit}

As you can see, the Tin Lizzie is an especially meaningful part of American history and cars around the world. It brought about a whole new age of transportation, and it empowered normal Americans to travel to places they never thought they could.

So the next time you hop in the car to take a drive, remember the Tin Lizzie, the first car to win America’s heart.

A restored 1917 Tin Lizzie, with her top down {Image Credit}

Rebecca Fletcher, a self-proclaimed car fanatic, can’t pass up an opportunity to attend a car show, Formula 1 race or a classic car fair in her charming, 1950′s-era town. When not writing forHR Owen or attending a car event, Rebecca spends her spare time biking, swimming, cooking for her family or enjoying the great outdoors hiking with her 5 brothers.