The Melody of the Soul Book Review

What Nazi officer Horst Engel reveals might stop Anna Zadok’s music forever – meet them both in this new novel, Melody of the Soul by Liz Tolsma set during WWII. 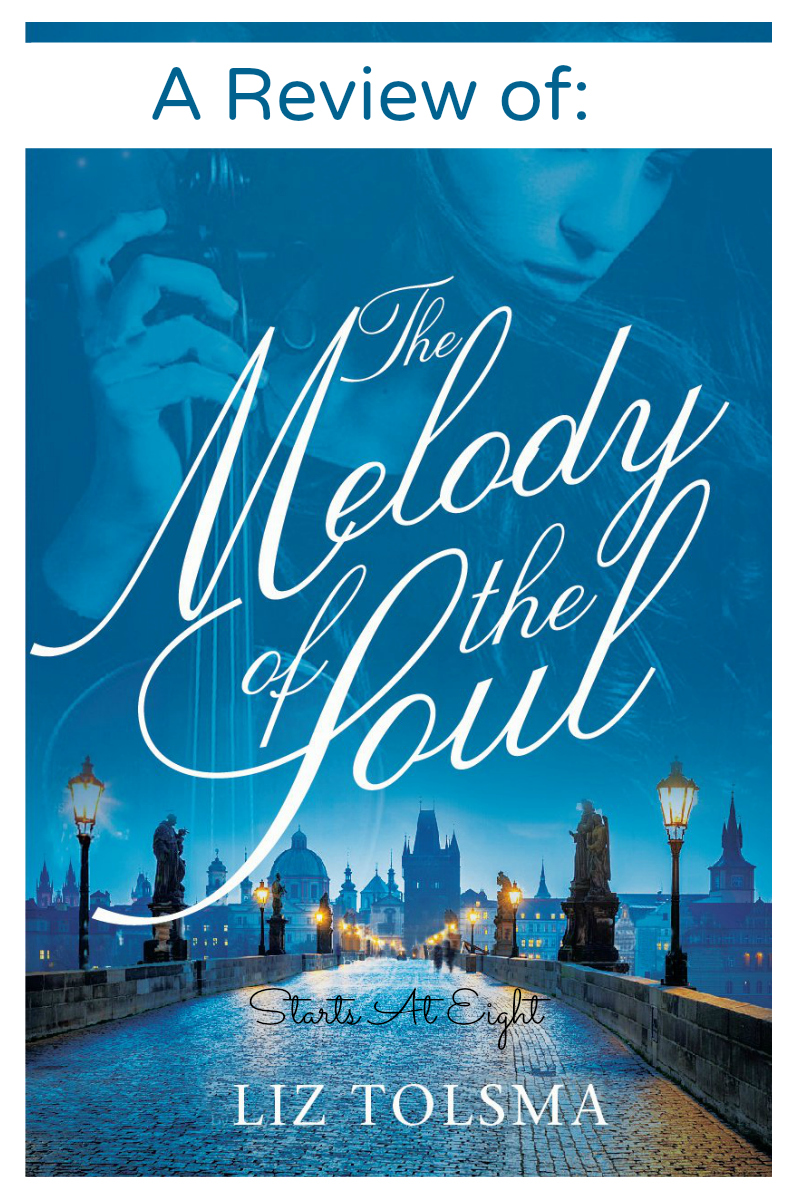 About The Melody of the Soul

Anna has one chance for survival-and it lies in the hands of her mortal enemy.

It’s 1943 and Anna Zadok, a Jewish Christian living in Prague, has lost nearly everything. Most of her family has been deported, and the Nazi occupation ended her career as a concert violinist. Now Anna is left to care for her grandmother, and she’ll do anything to keep her safe-a job that gets much harder when Nazi officer Horst Engel is quartered in the flat below them.

Though musical instruments have been declared illegal, Anna defiantly continues to play the violin. But Horst, dissatisfied with German ideology, enjoys her soothing music. When Anna and her grandmother face deportation, Horst risks everything to protect them.

Anna finds herself falling in love with the handsome officer and his brave heart. But what he reveals might stop the music forever.

Purchase a copy: The Melody of the Soul

Disclaimer: I want to thank Liz Tolsma and Litfuse Publicity for supplying me with a copy of this book for me to review. While I received this free of charge in exchange for my review, my opinions are my own, and have not been influenced in any way.

Best-selling novelist Liz Tolsma is the author of several World War II novels and prairie romance novellas. She also works as a freelance editor. She lives in a semirural area of Wisconsin with her husband and two daughters. Her son serves with the US Marines. All of their chidlren came to them through international adoption. Her other passions include walking, gardening, camping, and reading.

Find out more about Liz on her website: LizTosma.com

I LOVE historical fiction, and I have never read anything by Liz Tolsma, but I have to say I will happily read more in the future! In The Melody of the Soul, Liz does an impeccable job with historical details, bringing the WWII time period to life in an poignant and achingly real way!

The characters in this book have depth. They are good and bad, have strengths and weaknesses, and suffer real life experience of love and loss. Your heart will hurt at the knowledge that these atrocities really happened. Nazi rule happened, the concentration camps happened, and some even rose from the ashes of these tragedies. This book covers all of that, offering a light in the midst of darkness.

The Melody of the Soul Giveaway and Facebook Live

Travel back in time to 1943 and meet Anna Zadok, a Jewish Christian and concert violinist whose career is ended because of Nazi occupation in Prague. Don’t miss the new historical novel, The Melody of the Soul, by Liz Tolsma. Though musical instruments have been declared illegal, Anna defiantly continues to play the violin. But Officer Horst Engel, quartered in Anna’s flat and dissatisfied with German ideology, enjoys her soothing music. When Anna and her grandmother face deportation, Horst risks everything to protect them.

Join Liz Tolsma and other bookworms for a Facebook Live event on February 6, plus enter to win Liz’s prize pack giveaway!

One grand prize winner will receive:

Enter today by clicking the icon below. But hurry, the giveaway ends on February 6. The winner will be announced at Liz’s Facebook Live Party. RSVP for a chance to connect with Liz and other readers, as well as for a chance to win other prizes!

RSVP today and spread the word-tell your friends about the giveaway and Facebook Live party via social media and increase your chances of winning. Hope to see you on the 6th!