Over the summer my daughter and I took to reading The Hunger Games by Suzanne Collins. At first Chloe was dead set against reading them as the premise of the book was too upsetting for her. She had no desire to read a book where children are set up in an arena to fight to the death. 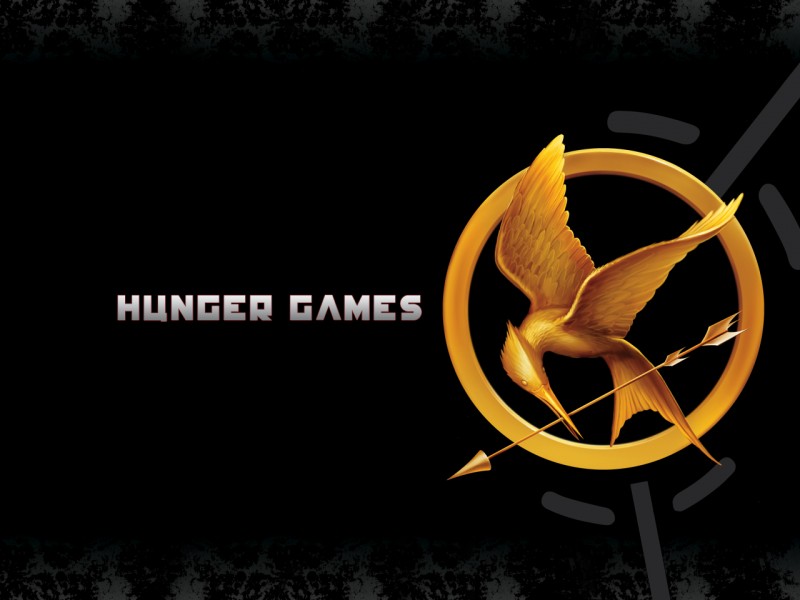 Thus I decided to read the first one by myself. I was surprised to find it wasn’t the bloody, gore filled read I thought it would be. Yes, the children die. Yes, the children kill each other. The catch is that there was so much more to it than that. In this post apocalyptic world where all are under the thumb of the Capital, the people rise and show us survival skills, community, honor, life, hope, love and so much more. This was lost in the movie. I didn’t get the intense connection between Gale and Katniss from the movie, or so many of the rhyme and reason tidbits behind the things that are happening.

After reading the first book I encouraged Chloe to give it a try. I was pretty certain she would enjoy the book and find it to be less upsetting than she thought. I was right! Not only did she read the first one, but flew through the other two and then read the trilogy again! She then waited on pins and needles for the movie to come out on video. As we watched she hugged a pillow, hid behind it some of the time, commented on how violent some of the scenes were, pointed out what was different and missing in the movie, and spent a lot of time explaining to her father the what and why as he seemed lost. In the end she says she likes the movie, but feels the books are way better.

When I finished reading the first Hunger Games there was a scene after they are brought out of the arena that really pulled at me, more so than any other. The desperation from Katniss, the evidence of how controlling the Capital really is, and this petrified feeling of they won, but did they really is so poignantly portrayed in the book, and is totally absent from the movie.

Many parts of the movie felt disconnected and unexplained. At one point they do a montage of what is supposed to be the districts beginning the uprising. Chloe was perplexed by this saying, “I don’t remember this from the book.” All she saw and understood was a mass of violent images of things being destroyed. Given that the book tells the story through Katniss’s eyes, you didn’t really experience any of the uprising, only heard it was happening. But had I not read the book, I don’t think I would have understood what the montage was portraying.

The bottom line:
* too much of the movie does not make sense unless you have read the book
* the intricate feel of the book, the thoughts, feelings, and emotions behind so many of the actions are not at all conveyed in the movie
* the movie is violent and gory at times
* some key points are changed from the book to the movie (ie. how Katniss get her mokingjay pin)
* as is typical, the quality of the book far surpasses that of the movie