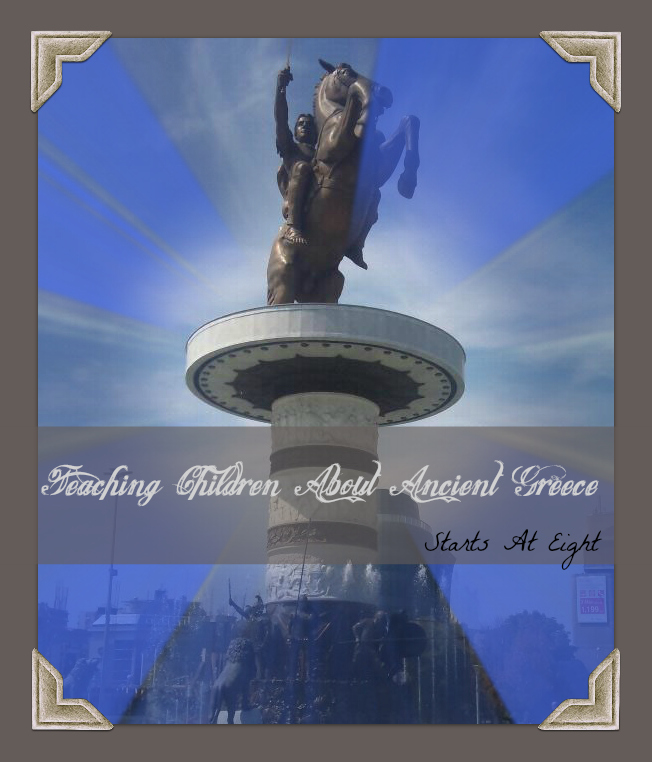 Children may have heard the names “Plato”, “Socrates”, and “Aristotle”, but it is unlikely that many can tell you why their names are so famous around the world. Considering their significance and impact on modern day philosophy, mathematics, writing, and education in general, it should become apparent why children should study their work! You can create fun discussions with your children and can observe first-hand the “Socratic” method of teaching, and practice it through role-playing “question and answer” type of games. You can also teach math and philosophy in fun ways so that children can observe how many of the concepts have changed across centuries and empires!

You may teach the Socratic method of teaching by discussing a popular topic among your appropriate age group (for example: pop idol Justin Beiber or television show Game of Thrones). Set it up as a debate where each side has to ask pointed questions and the other has to answer very directly. The purpose of this exorcise is to avoid rhetoric and arrive at a common truth based on fact.

We all might know a bit more about Ancient Greece than we believe. If you’ve ever been to a “Cineplex Odeon” theater, you might not know that the word “Odeon” is actually an Ancient Greek word which means “singing place”! Children are unlikely to know this fun fact, which could lead to fun class games and lessons that relate to movies, writing, the arts, theater, entertainment, and how they’ve all changed over time. It is quite incredible that to this day we still enjoy entertainment and theater similar to those which began in Ancient Greece. Kids can no doubt have a lot of fun learning about Ancient Greek theater and in the process, develop a bit of creativity and affinity for the wonderful world of the arts in their own culture!

A fun way to teach Greek theater and other unknowingly obvious common terms that the children can learn by using their logic is by playing a classic game of Jeopardy. For example, “The tendon above your heel is named after a Greek Hero of the Trojan War.” The answer (or question because it is Jeopardy) is “What is Achilles?”. Then you can proceed to tell them the very interesting story of Achilles – which will stick with them forever (I know, because it stuck with me).

Mention the word “politics” to children and you might have to wake them up before they can hear the next word that follows it! Well, learning about politics doesn’t have to be boring! Teaching about the Greek foundations of democracy, as well as the instances of monarchy throughout other colonies, all of which could be stimulated through role-playing games, can really help captivate the students. The children will be left with a better understanding of politics, law, and government, and you won’t have to listen to your children snoring while you are trying to teach them!

A fun way to teach the Greek democracy is by letting the children choose between 2 equally desirable options, such as watching a movie in class tomorrow or playing games instead of math today. Have a discussion before hand then everyone votes privately.