This is how it started: The Beginning of Project 365 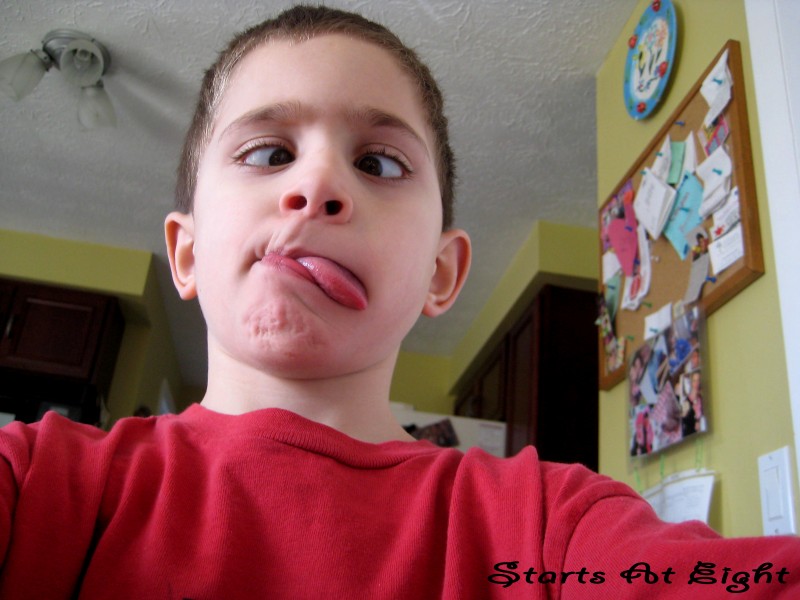 This is what happens when Jayden gets a hold of the camera! He took a series of pictures of the dogs, of Ava playing, and….like father, like son, himself! 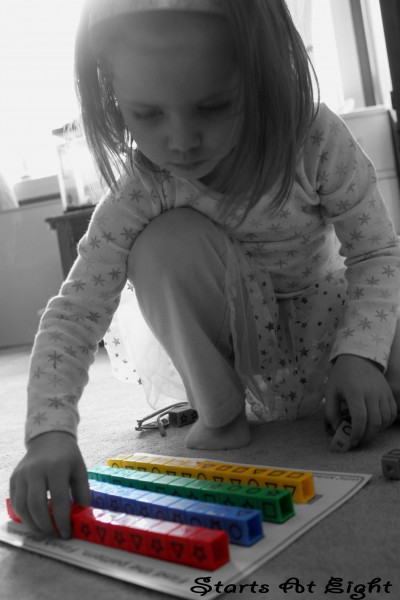 Ava has recently taken a larger interest in these pattern blocks that I love so much. She set about doing all four pattern lines on this card. When all was said and done, she had them right, and had fun doing it. 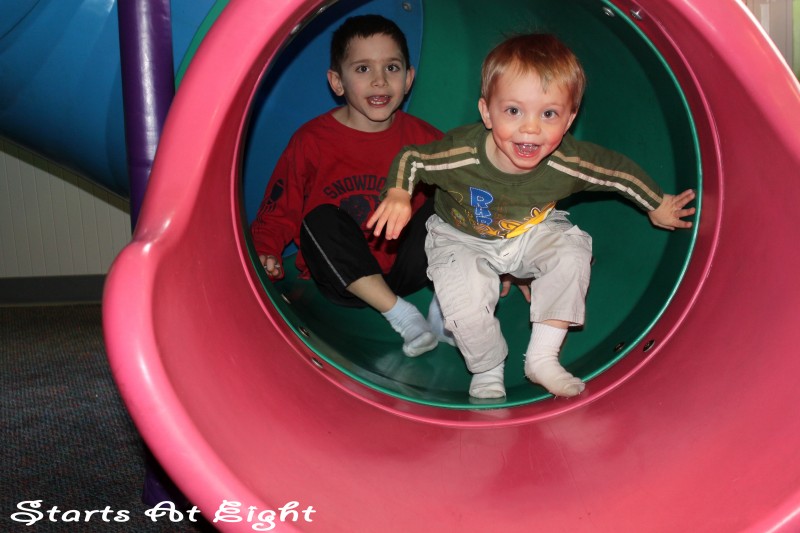 Chuck E Cheese where a kid can be a kid! While my dear friend Shana had the opportunity to be a much coveted stay-at-home mom, we were able to spend some quality time with her and the boys. We took full advantage and headed to Chuck E Cheese for a quiet mid-week playtime! 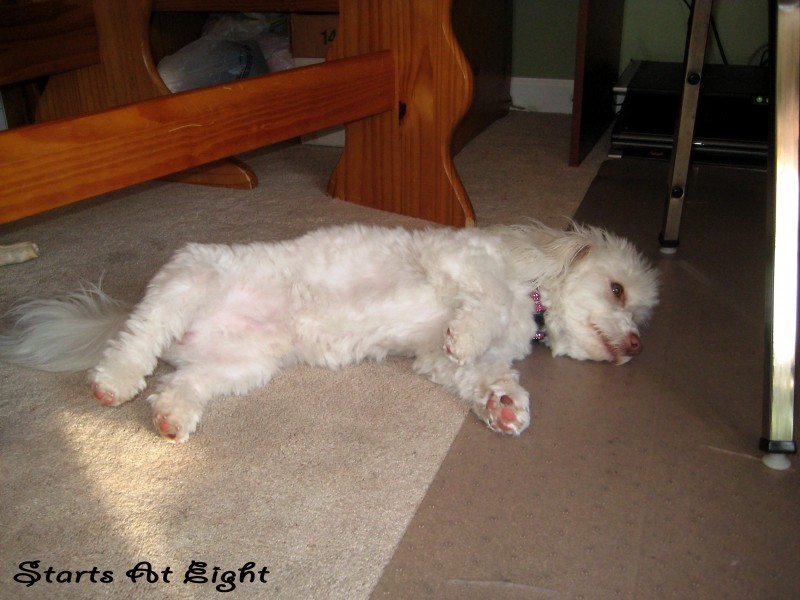 “Oscar, down!” This is what he looks like when you even look at him cross eyed and point to the floor! Too funny! 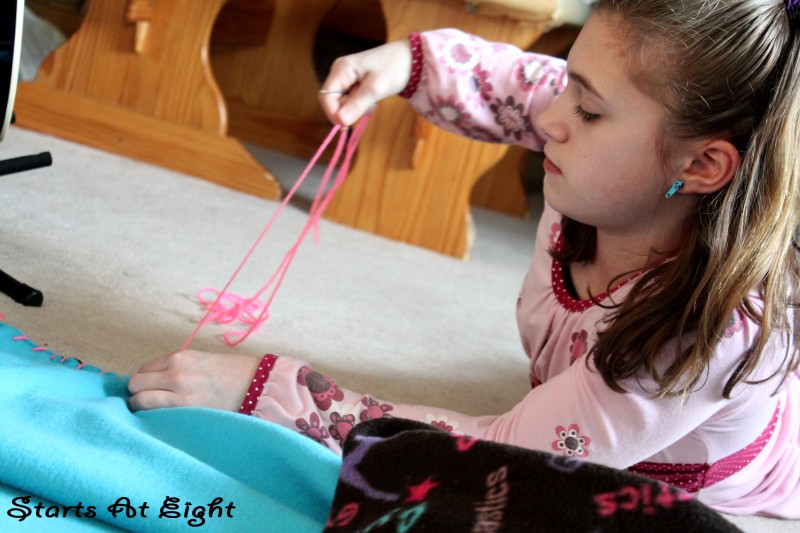 Chloe fell in love with a fleece fabric that has become very popular with the girls at the gym. Instead of doing just a straight knotted blanket, we decided to put our own twist on it. We cut the fabric into squares and made a checkerboard pattern out of it. Stitching it together with hot pink yarn. She had been working diligently for days, hoping to have it completed to take on the road trip to her next competition. 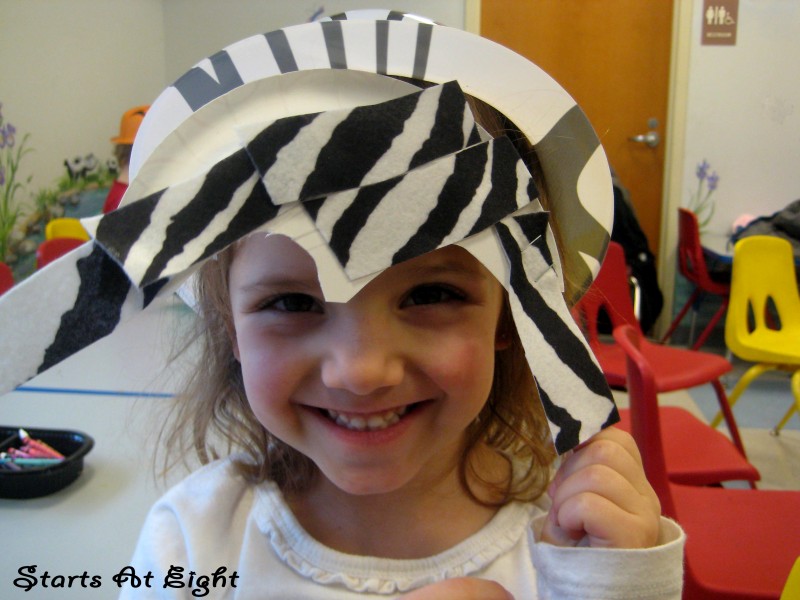 We love our monthly zoo classes. This month brought about animal disguises. Each of the kids got to choose an animal print hat and then make a mask using animal print felt. Ava chose the zebra because it matched the zebra print headband she just happened to have worn that day. 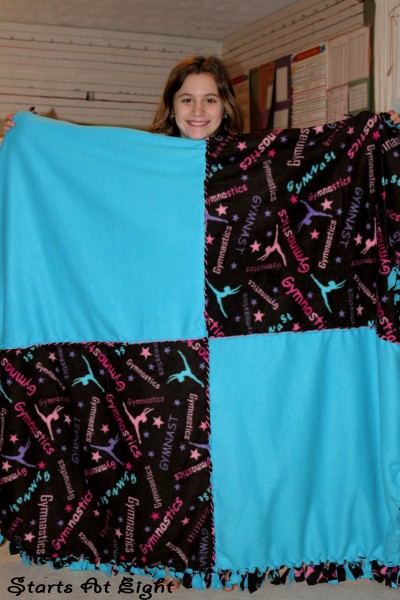 IT’S FINISHED! Chloe was so proud of her finished blanket. We weren’t sure how it was going to turn out, but I think it was a success! 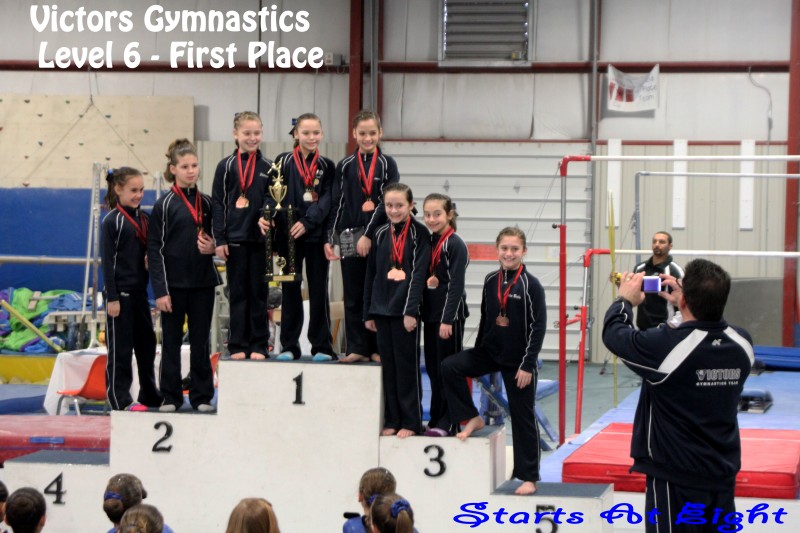 The Victors Gymnastics Level 6 team took 1st place at Coaches Classic! Chloe is the one all the way to the right. 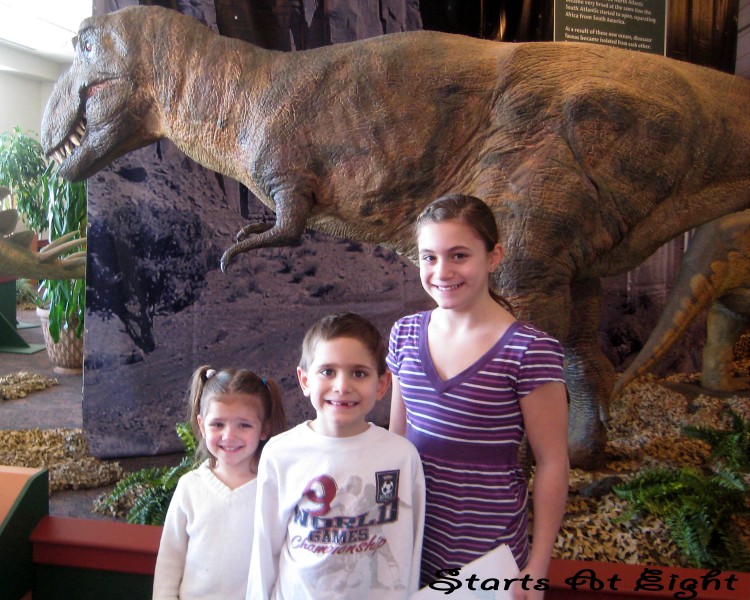 The highly awaited, highly hyped up Colossal Dinosaur Exhibit at the RMSC. Ava is still dinosaur obsessed, so I was surprised when she wasn’t super enthusiastic about this exhibit. She was upset about how loud, the stegosaurus in particular was and just wanted to leave. I managed this not so thrilled looking picture of the three of them in front of T-Rex. 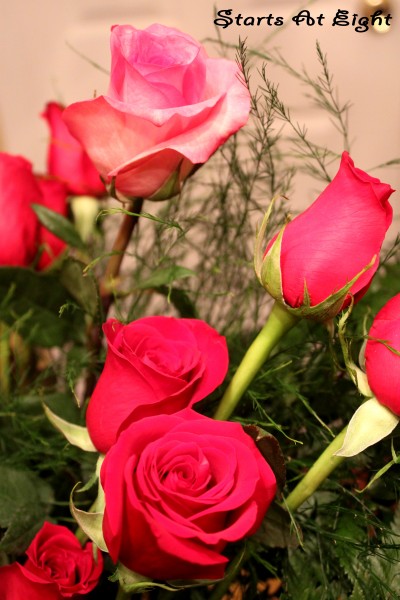 Happy 13th Anniversary to my husband Joe! He went out of character this year (we tend to stay on the practical side) and bought me a dozen red and 1 pink long stem rose. 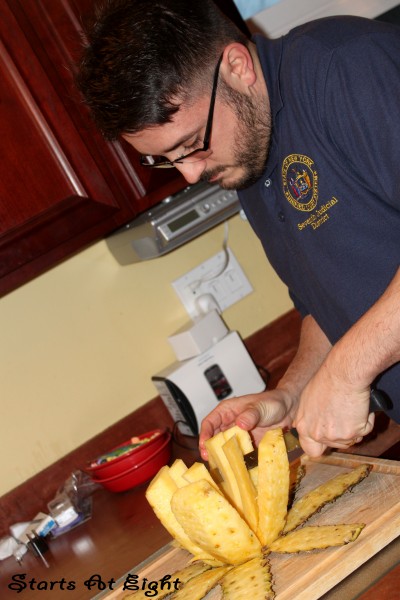 Who knows where Joey comes up with these things! He started cutting into the pineapple and decided to get artistic with it! He thought it looked like a flower! 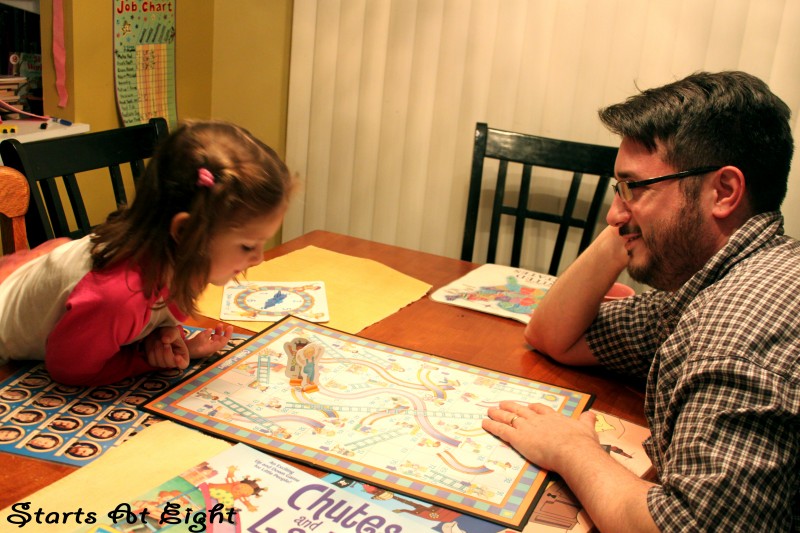 Chutes & Ladders! Joey took to playing with Ava and was lucky that she won in the end! She looks happy here, but at the age of 4 she is a VERY sore loser! 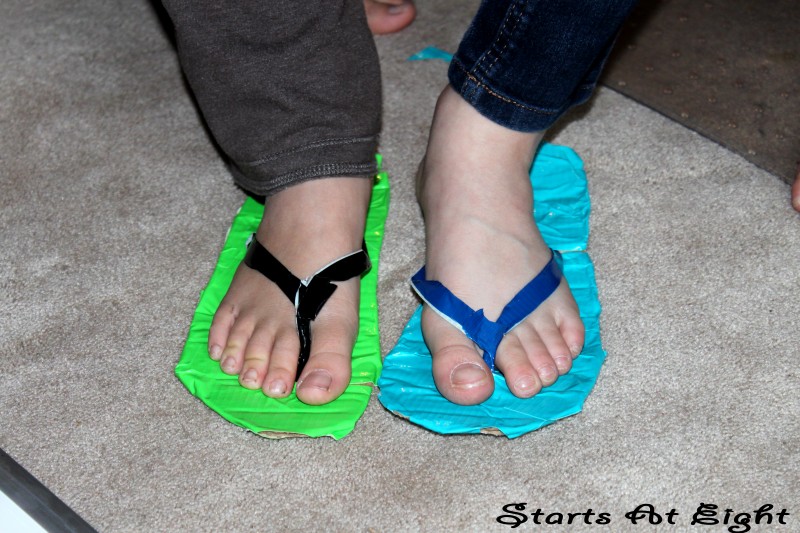 Our good homeschool friends came over to share the afternoon with us. We enjoyed a shared lunch with 8 of us around the dining room table, and hours of fun for each of the children to play together. Chloe and Sasha spent all of their time together crafting. First it was cupcake shaped soaps, and then duct tape flip flops! 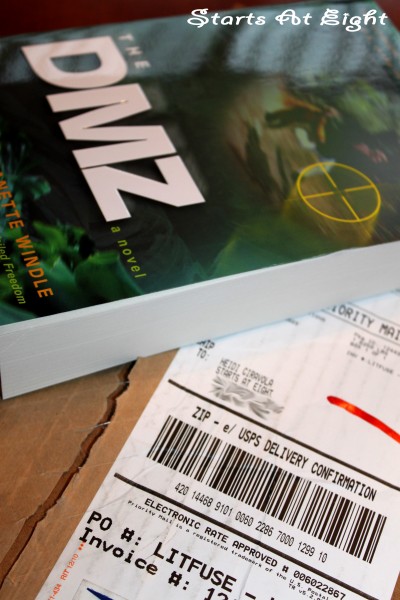 It was an exciting day for me! My first piece of mail with my blog name (and maybe someday the name of my business) came. I have signed on to do book reviews for a place called Litfuse and this was the first book I received! Since I started my blog over a year ago it has ebbed and flowed along with my life. Recently I have been working very hard on making it more homeschool friendly and growing my readership. My hope is to give even just one person a bit of advice, a new activity idea, or a small inspiration for their life, in return for all that I get from the so many wonderful bloggers out there that have done the same for me. 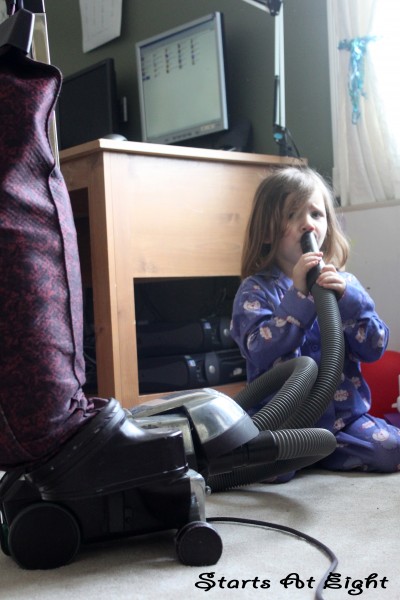 As we were hanging out in the homeschool room, Ava took to singing into the vacuum. It was there from some much needed cleaning we had been doing around the computer desk. She put the hose (with the vacuum off) to her mouth (almost in her mouth) and sang the ABC song! 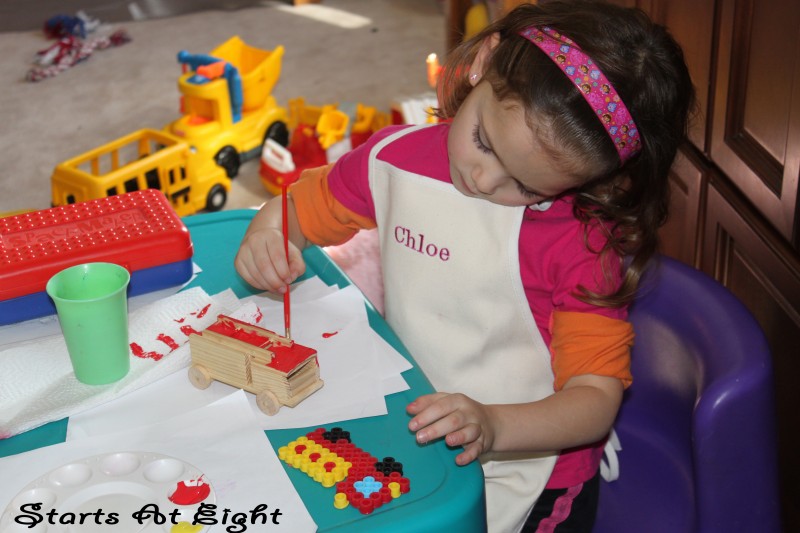 Ava my Picasso. I don’t know if it is because she is the third child or not, but for some reason I have always let her have at it with craft supplies (scissors, crayons, markers, glue, paint) much more than I did the other two. Maybe that is what is fostering her love of it! She loves to paint, color, and draw. This day was no exception as she took to painting one of Jayden’s wooden firetrucks to look like the Perler bead one we have sitting on the ledge.