As my children are getting a little older we are veering away from the hands on creations and crafts of yesteryear. While we loved creating our Tissue Paper Shamrocks, we are excited about some new St. Patrick’s Day fun this year! 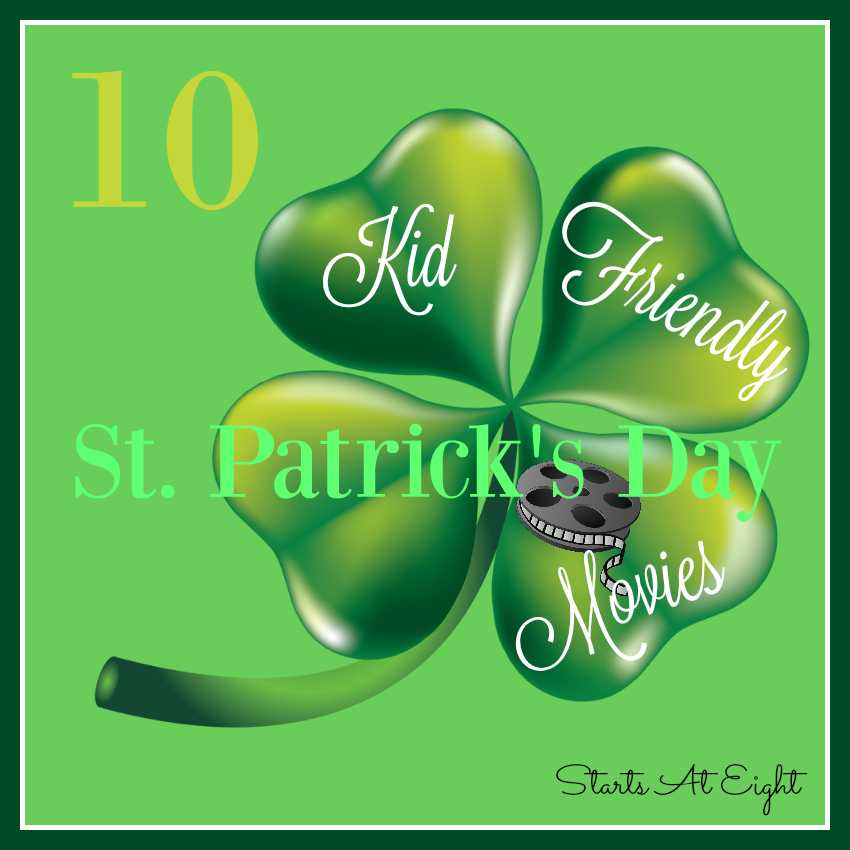 This year we are celebrating this Irish holiday by recreating McDonald’s Shamrock Shakes (recipe coming soon) and watching some fun and kid friendly St. Patrick’s Day Movies. While we will not watch all the movies I list here, I did find a bunch of interesting looking ones and thus decided to create a list for the coming years as an easy reference! 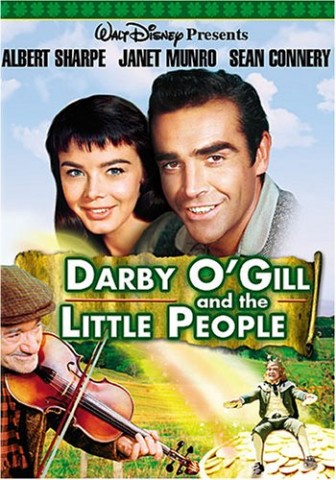 Take a wee bit of ancient folklore, mix in some spectacular special effects and a magical cast (including Sean Connery) — and you’ve got one of the most enchanting fantasies of all time! A frisky old storyteller named Darby O’Gill is desperately seeking the proverbial pot of gold. There’s just one tiny thing standing in his way: a 21-inch leprechaun named King Brian. In order to get the gold, Darby must match his wits against the shrewd little trickster — which proves no small task, indeed! Fall under the spell of DARBY O’GILL AND THE LITTLE PEOPLE for a fun-filled evening of magic, mirth, and nonstop shenanigans! 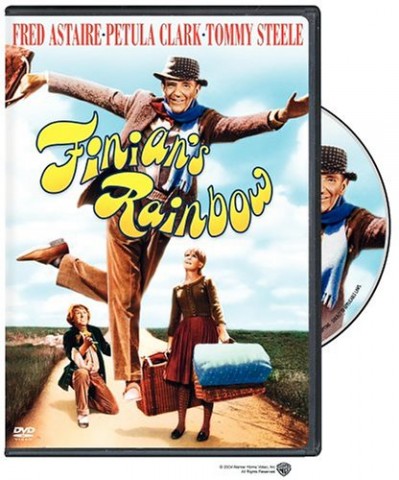 Fred Astaire headlines an all-star cast in the big-screen version of one of the greatest musicals ever to come from the Broadway stage–Finian’sRainbow. Everyone in the world knows that all Americans are millionaires, but only Finian McLonergan (Astaire), of Glocca Morra, Ireland, knows why. By a process of mathematics, logic and moonbeams, Finian deduces that it’s the soil around Fort Knox: Why else would Americans dig the gold out of California to bury it again in Kentucky? All Finian has to do is wait for a full moon, waylay a leprechaun (Tommy Steele), borrow his magical crock of gold and devise a “reason” for his daughter, Sharon (Petula Clark), about why they must travel to Rainbow Valley in the state of “Missitucky.” 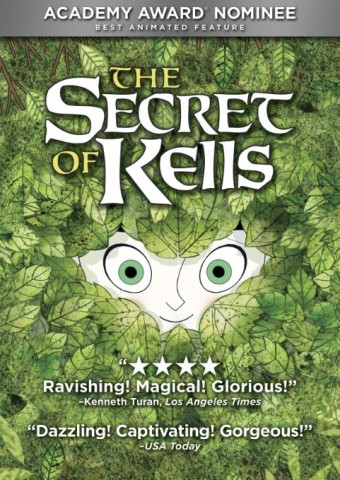 Magic, fantasy, and Celtic mythology come together in a riot of color and detail that dazzle the eyes in a sweeping story about the power of imagination and faith to carry humanity through dark times.

In a remote medieval outpost of Ireland, young Brendan embarks on a new life of adventure when a celebrated master illuminator arrives from foreign lands carrying a book brimming with secret wisdom and powers. To help complete the magical book, Brendan has to overcome his deepest fears on a dangerous quest that takes him into the enchanted forest where mythical creatures hide. It is here that he meets the falry Aisling, a mysterious young wolf-girl, who helps him along the way. But with the barbarians closing in, will Brendans determination and artistic vision illuminate the darkness and show that enlightenment is the best fortification against evil? 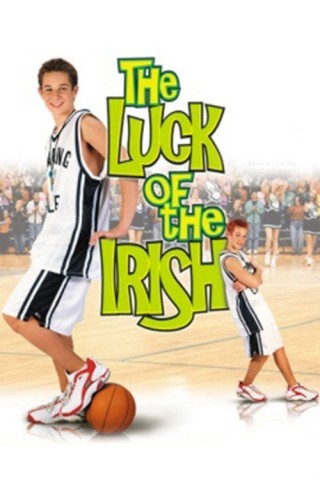 Kyle Johnson (Ryan Merriman), a popular basketball player in junior high school who has never known about his heritage, one day realizes that someone has stolen his lucky gold coin. Strange things start to happen to Kyle, his ears become pointed, his hair starts turning orange, and he starts to become shorter. Kyle then returns home one day to find that his mom has shrunk to six inches. The truth is then revealed to Kyle: his family is made up of Leprechauns. Kyle is only half leprechaun, since his dad is from Cleveland. It also turns out that the gold coin he wore was the O’Reilly—Kyle’s mother’s maiden name—lucky coin. A magic coin, when in the possession of the youngest family member, allows all the leprechauns in the family to pass as normal human beings. But since the coin is gone, the family is down on their luck now, and reverting to their true forms. 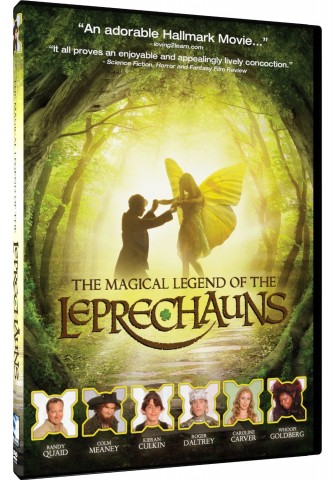 In a land of myth and magic, a wondrous legend is about to come true!

Welcome to the end of the rainbow, where love, fortune and fantasy await the lucky! Spectacular special effects, a star-studded international cast, and a story as timeless as the Emerald Isle itself combine to create a fantastical tale that will touch hearts and dazzle the imagination! The adventure begins as American Jack Woods (Randy Quaid) finds himself far from home in a quaint Irish village where he reluctantly befriends a ragtag group of leprechauns. When a forbidden love affair ignites an ancient war between the leprechauns and the trooping fairies, The Grand Banshee (Whoopi Goldberg) warns of impending doom. Jack is appointed to restore harmony…but will peace prevail before the unthinkable happens? The Magical Legend of the Leprechauns is a flight of fancy that will weave a touch of mischief and magic into the lives of all who share it! 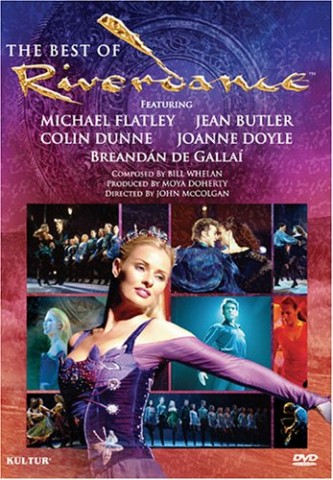 Although this DVD doesn’t have clovers or leprechauns, Riverdance displays wonderful Irish dancing that will be fun and inspiring for kids. The Riverdance phenomenon has seen the show performed all over the world. This documentary on the popular musical follows its evolution, from its beginnings in Dublin up to its global success in places as diverse as New York City and Geneva. 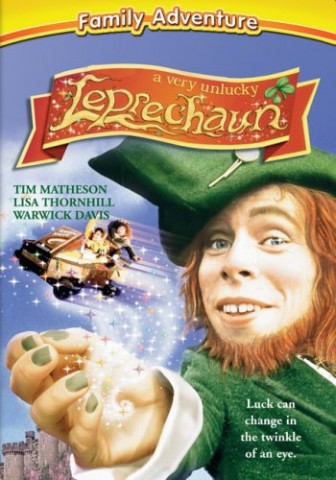 Luck can change in the twinkle of an eye. Nine-year-old Molly and her father (Tim Matheson) move to a house they’ve inherited in Ireland nicknamed “Misfortune Manor.” It brings bad luck to anyone who lives in it, and Molly and her father soon fall victim to the curse; they will lose their new house unless they can pay the taxes owed on it. Then Molly discovers a leprechaun living on the grounds and befriends him. His luck has run out, too, because he hasn’t eaten a four-leaf clover in over a hundred years. The bad luck begins to rub off on Molly, getting her into all kinds of trouble. Finally, Molly turns things around by growing a four-leaf clover, and the leprechaun uses his magic to help her win the town’s annual go-cart race jackpot to save the day! 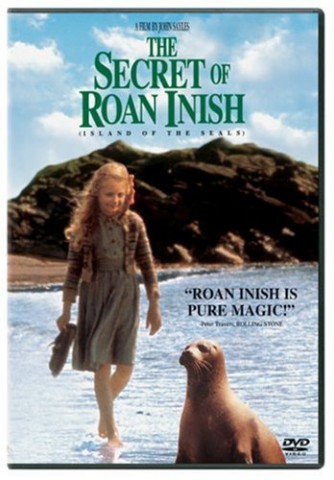 Fiona is a young girl that moves to a small fishing village to live with her grandparents. The movie weaves in classic Irish lore of “selkies” (seals that can shed their skin and are human). Fiona becomes certain that her younger brother who had gone missing is actually being raised by the selkies.

Each year on March 17, a sea of green sweeps up New York’s Fifth Avenue in the largest St. Patrick’s Day parade in the nation. On the other side of the Atlantic, towns throughout Ireland honor the man who brought Christianity to the Emerald Isle with feasts and festivals.

The History of St. Patrick’s Day shows how Irish immigrants in America transformed a religious festival into a celebration of all things Irish, and how St. Patrick’s Day became a nationwide phenomenon. A glorious reminder of America’s multicultural heritage, St. Patrick’s Day is also a uniquely American festival. See parades around the country, from tiny towns to the massive New York assembly, where over 150,000 people march in the company of celebrities, campaigning politicians and bagpipers.

A truly inspiring story of one ordinary family’s extraordinary journey. An orphaned boy named Tomás is adopted by Maire O’Donnell (Connie Nielsen) to live on a whimsical Irish isle filled with new friends, secret caves and a lost baby pup seal stranded on the coast. But when Maire’s reluctant husband Alec (Aidan Quinn) refuses to accept Tomás as his own son, the boy drifts down a fateful path of adventure and self-discovery, illuminating how rainbows can shine around–and within–us all.