How to Handle a Robber ~ According to Chloe

While standing around doing the dishes this past week Chloe  told me a story:

While she was at our neighbors’ house, our neighbor was asking both Chloe and his daughter what they would do if a robber came into the house.  He told the girls he would hit them with a pan.  Thus the reason this conversation was sparked by Chloe doing the dishes!  I think these next photos speak for themselves: 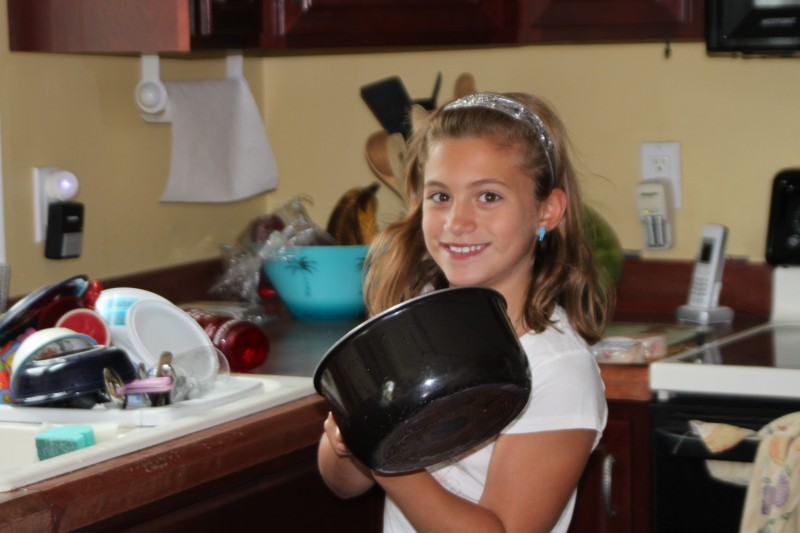 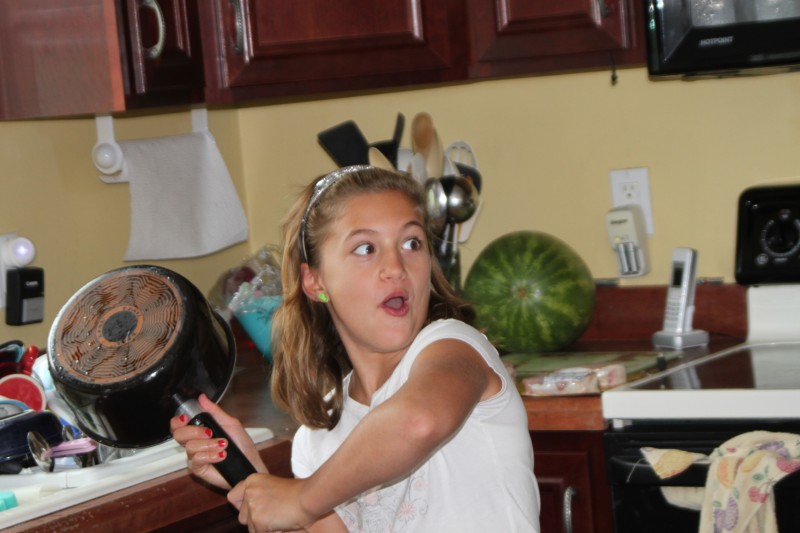 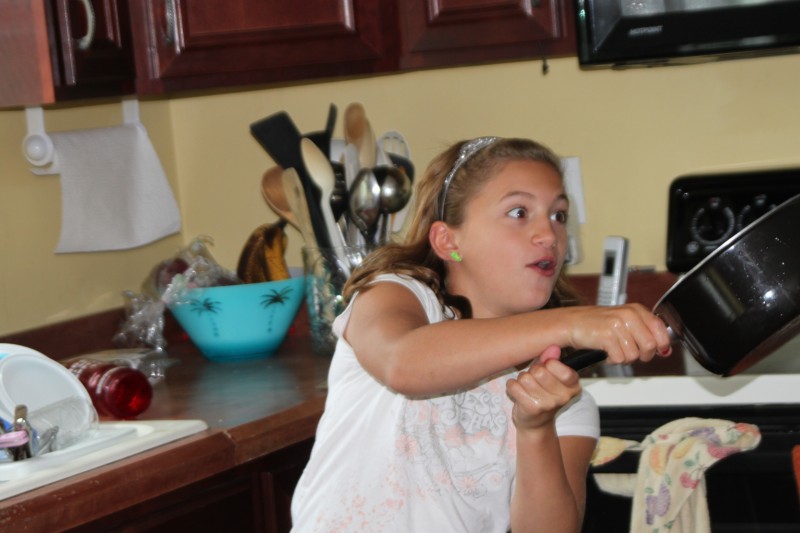 I realized after this was all over that I should have used this chance to actually talk to her about what she should do if there is an intruder in our home.  The problem is that I was too busy laughing at her antics to think of the “parental” thing to say!