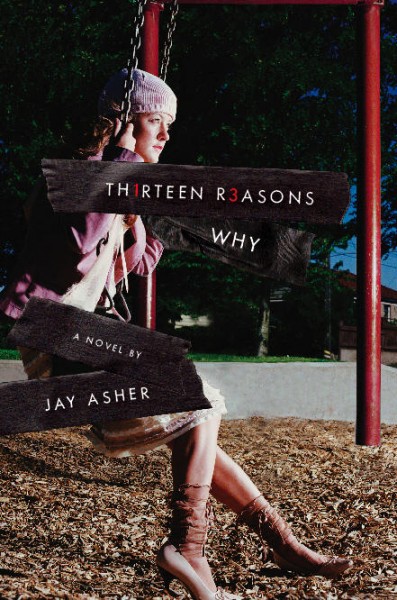 Brief Character List: Hannah Baker – the girl who committed suicide and left behind the cassette tapes

Characters from the Cassette Tapes:

(Kind of a spoiler so don’t read the Cassette Tapes part if you think knowing a good chunk of the story will ruin it for you!)

1.  Justin Foley – Hannah was looking forward to her first kiss which was with him, they kissed in the park but then he started rumors about her taking her shirt off (which were not true) she was a new student and a freshmen so this started her reputation in a light that was not true.
2.  Alex Standall – he made a hot/not list and voted Hannah “best ***” just to get back at a girl named Jessica who was also a new student (Alex, Jessica, and Hannah used to go to a cafe called Monet’s to hang out because they didn’t know anyone at school yet because they were new students) naming her “best ***” added to her reputation and caused Bryce (number 11) to grab her *** in a local liquor store called The Blue Spot where Hannah would stop in to buy a candy bar.
3.  Jessica Davis – she thought Hannah and Alex were together because she heard rumors after the list (which also were not true) Jessica punched/scratched her at Monet’s for what she thought was Hannah’s part in breaking her and Alex up.  A scar was left on Hannah’s eye from this incident.
4.  Tyler Down – He hid outside of her window and took pictures of her which made her feel less safe in her own house (Courtney Crimsen number 5 helped Hannah catch him doing it)
5.  Courtney Crimsen -used her to keep her “good girl” image and made up a rumor that Hannah had “naughty things” in her drawer after helping her catch the peeping, photo taking Tyler.
6.  Marcus Cooley – invited Hannah to “Rosie’s” diner and took her to a booth in the corner.  He put his hand on her leg, eventually pushed it up further and started to try making out with her.  She shoved him out of the booth which made her even more upset about her reputation that she had received in her freshmen year (this was the first time she considered killing herself)
7.  Zach Dempsey – stole her notes of encouragement in peer communications because he was embarrassed from being rejected at Rosie’s by Hannah after Marcus had left
8.  Ryan Shaver – he published a poem she wrote the day she first considered killing herself
9.  Clay Jensen – he just got the tapes because she wanted him to understand why she did what she did and what he meant to her
10.  Justin Foley (again)– he let his friend, Bryce, rape Jessica (who was drunk) she also felt it was her fault because her world was falling apart and she didn’t have enough strength to stop it from happening.
11.  Jenny Kurtz – for knocking over a stop sign and refusing to call the police about it.  Hannah didn’t call the police right away either cause her world was still falling apart, and she feels bad because it resulted in an accident which a classmate died in.
12.  Bryce Walker – she completely made the decision to kill herself by letting go and finally living up to the reputation she was given.   Therefore she used Bryce to completely let go of herself by having sex with him in a hot tub.
13.  Mr. Porter – He didn’t go after her after she had admitted to wanting to kill herself and then running out of his office without explaining what she would do (it made her feel that killing herself was best because she didn’t think anyone cared enough to stop her)

Summary in my Words: Sixteen year old Hannah Baker commits suicide and leaves behind a set of cassette tapes to explain why she did it.  They are to be mailed from one person on the list to the next, through all 13 people.  Clay is on the list and the story is told from his perspective.  He is the one person on the tapes that does not really belong “one of these things it not like the others” so to speak.  This book is like their shared journey, hers on the tapes, and his while listening to them.

What I Thought:   **A MUST READ** This is a book that will forever stay with me.  I have read it twice, and purchased my own copy because I have every intention of having all of my children read it when they hit their early teen years. It is a vivid smack in the face about how the things we do/say/don’t do/don’t say affect others, even if we don’t realize it.  Something may even just start a chain of events that we could never have imagined!  It caused me to pause and think long and hard about my own actions, and of course a brief look back into the past about how things like this played out in high school for me.

Other Books by: This is his first novel.