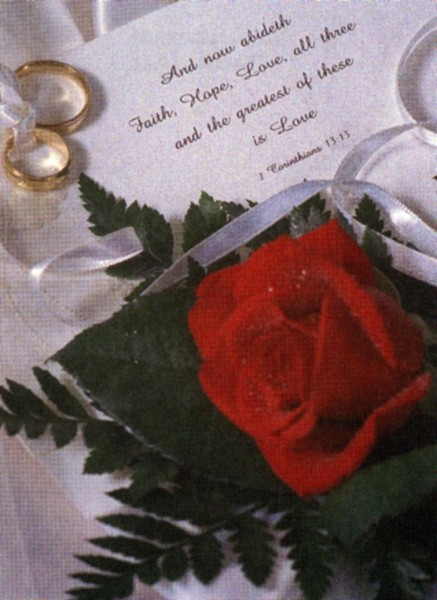 For this Flashback Friday I decided to do a “Wedding Post”.   As Thanksgiving has passed, and Christmas is near, so many of us are counting our blessings.  I think our marriages should be right up there on that list!  So in honor of all of our marriages, her are the photos that show the start of it all!

I will start first with my parents, who are creeping up on their 46th Wedding Anniversary in 2010! 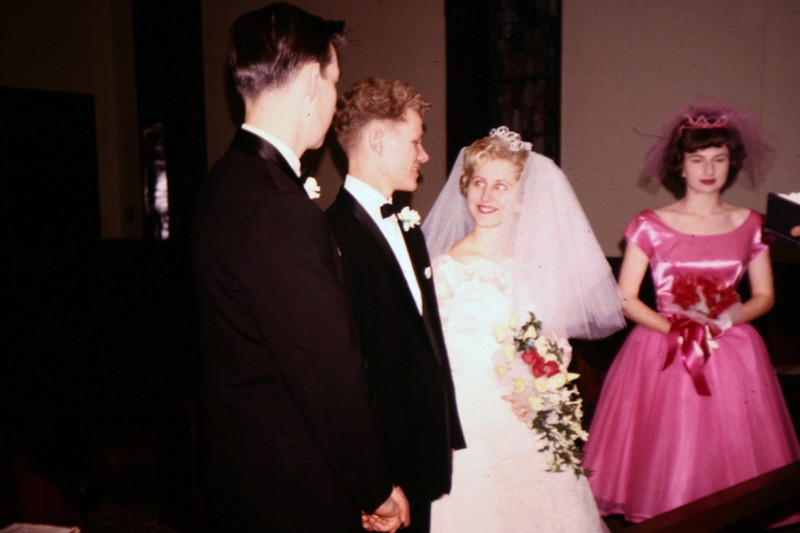 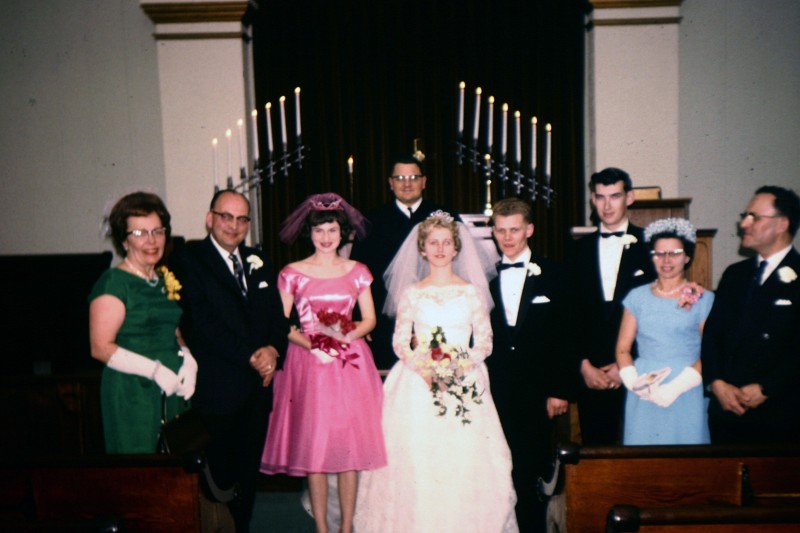 Next, I will go with my mother and father-in-law.  Their marriage sadly ended in divorce, but before Papa passed in 2007 their relationship was coming around again.  We’ll never know what might  have become of their relationship. 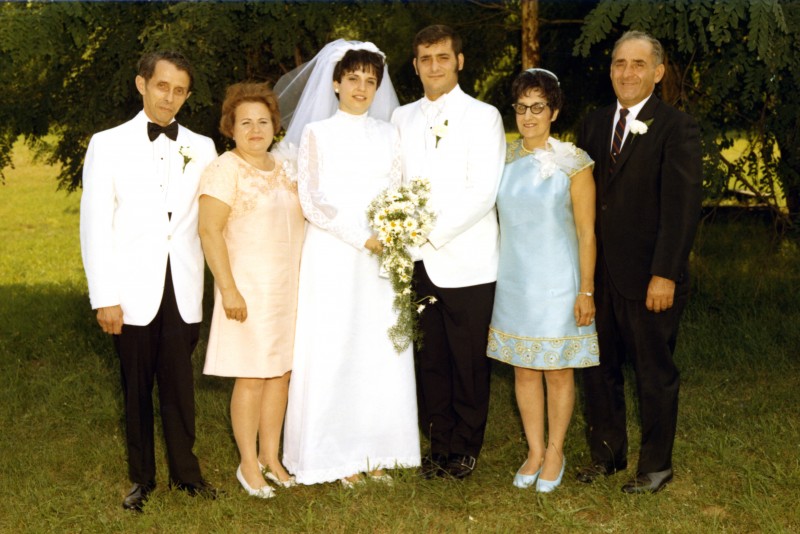 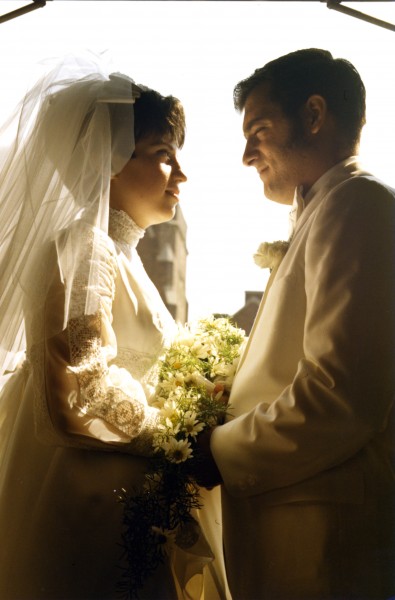 How about Joey and I?  We will be celebrating our 12th Wedding Anniversary in March, 2010.  Through babies, moves, job changes and deaths we have weathered each and every storm.  At least 95% of our time together has been spent truly happy, both with ourselves and each other. 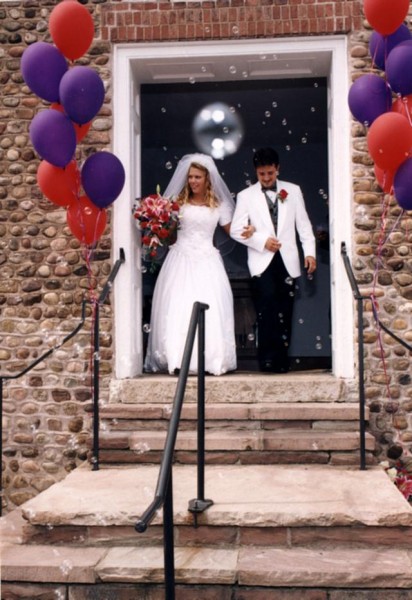 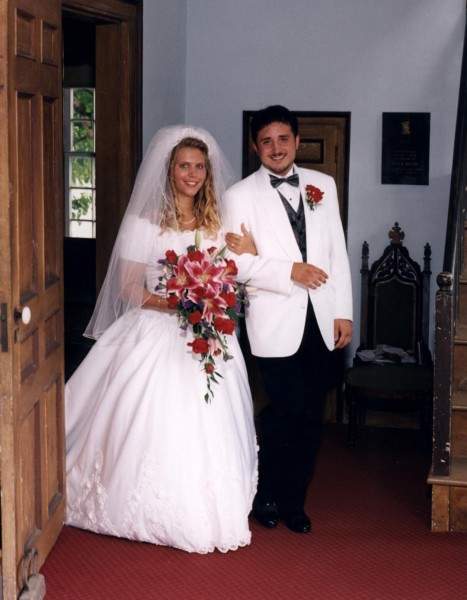 How about my brother and sister-in-law?  Quite honestly, I would have placed bets on them not making it this far!  But they seem happy together and have made it all these years.  In January they will celebrate their 10 Year Wedding Anniversary.  Congratulations Christopher and Christy! 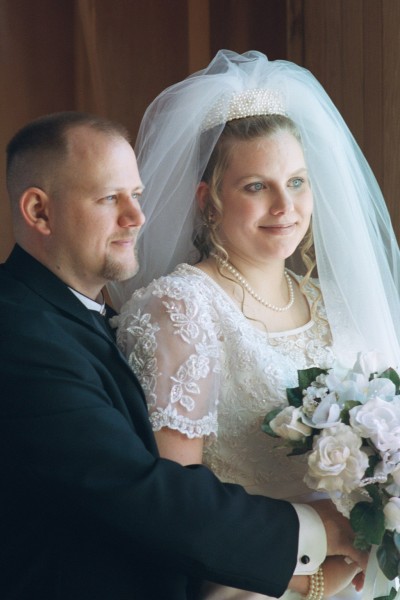 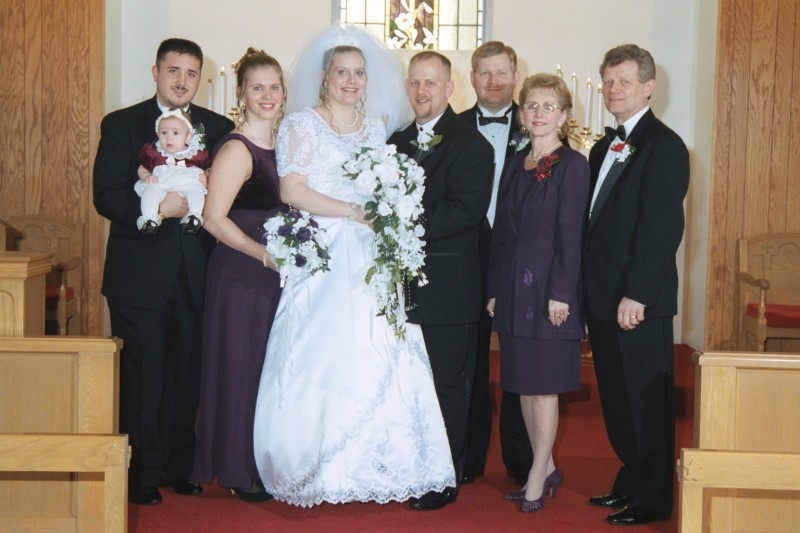 Back to the other side of the family.  Joey’s brother and his wife……again.  Tony and Janet have been through the ringer and back again!  Somehow after all these years they remarried again this summer.  We are so happy for them and wish for a long and happy future together for them!  I have included a photo from their first wedding, and two from their second.  One of the things I love about the new photos is that I took them! 🙂 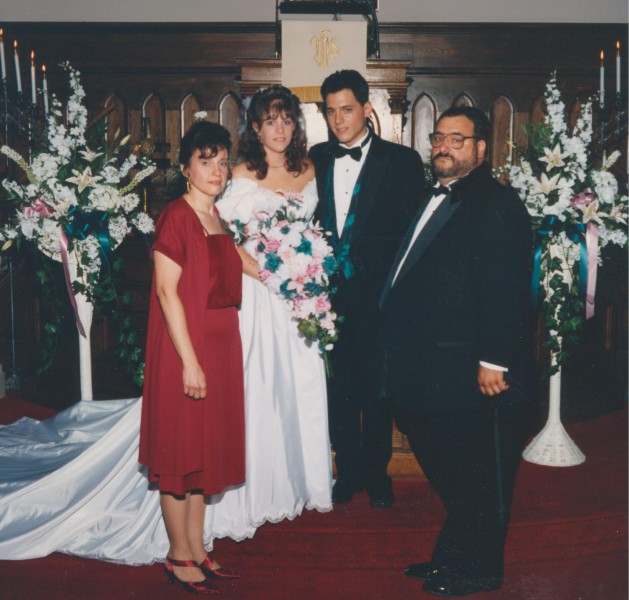 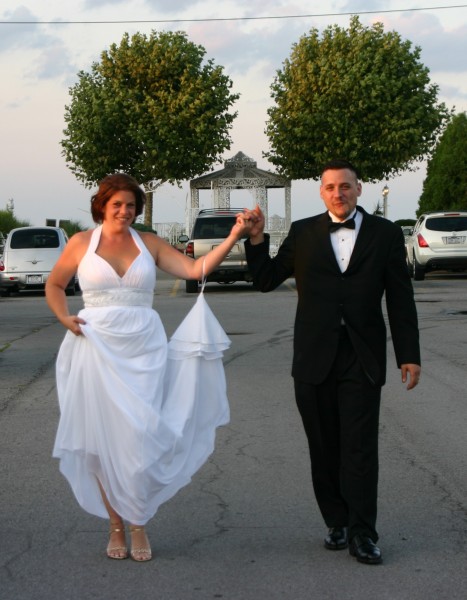 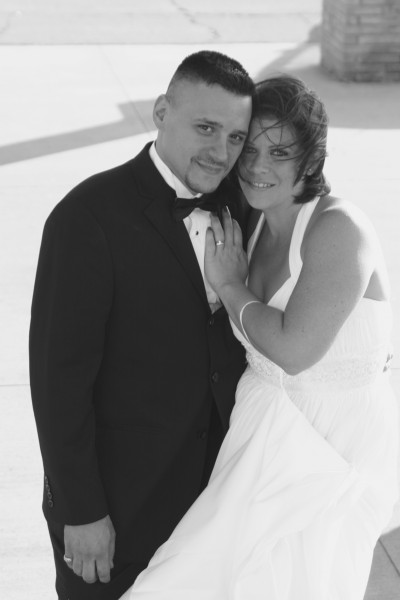 Now onto an old friend of Joey’s.  Scott and Joey have known each other, I think about as long as they can remember.  They grew up in the same neighborhood, and even both bought their childhood homes in that neighborhood.  Ever since I met Scott, it has really been “Scott & Melissa”.  From what stories I have heard they were on again off again, I think mostly on.  They have been together since at least high school from what I understand.  To illustrate my point, I not only have their wedding photos from April 2000, but I have an old photo of them together when they were kids! 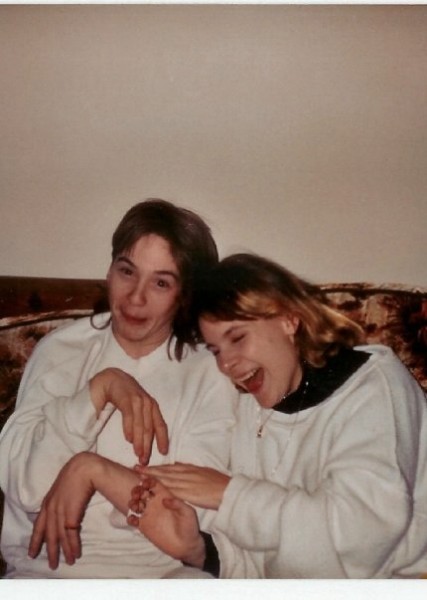 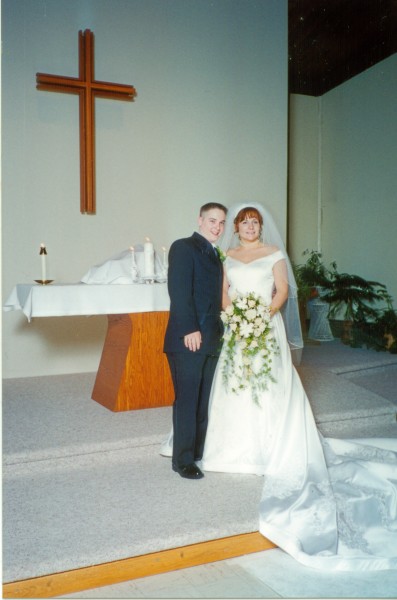 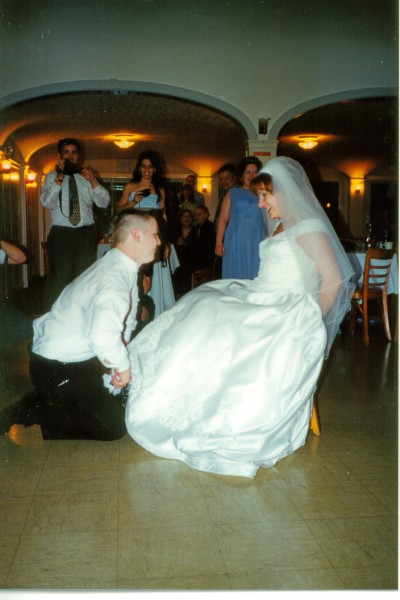 Last but not least are my dear friends Heidi and Matt.  Heidi and I grew up together.  After she moved away she met this guy, Matt.  They fell in love and got married.  Oh, and have 4 babies!  We did not get to know Matt until after they were married, but he is a good man.  It was so funny how him and Joey bonded over their computer knowledge.  They even contact each other, not through Heidi and I, to discuss different computer related quandaries from time to time.  They recently celebrated their 12th Anniversary! 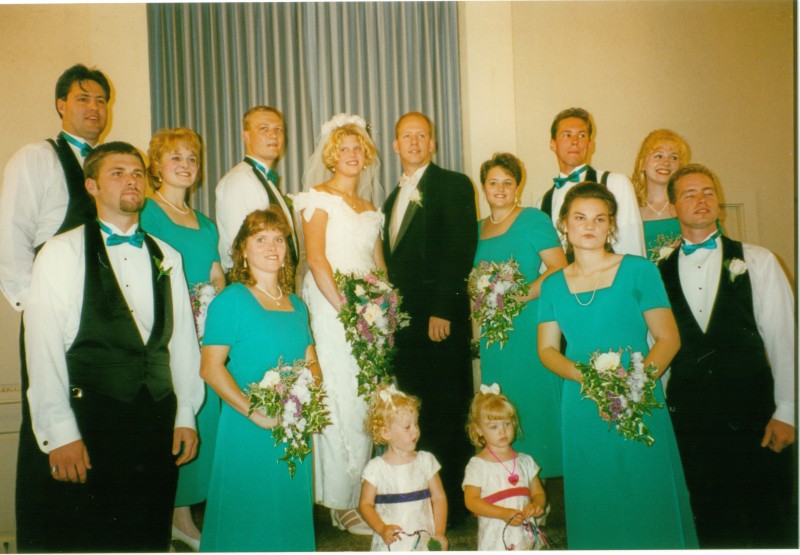 So now you are asking…why are you wasting my time with this?  I guess for me, I need to know that there are still people out there who believe in marriage, and that can stand the test of time.  Despite many ups and downs, most of these couples have stuck it out.  Some have faltered and found their way back.  All have loved, and do love.

I believe in marriage.  I am saddened in today’s world how little commitment means to anyone.  Not only in marriages, but jobs, churches, and even as parents to our children!  So on this Flashback Friday I am applauding all those who have stood the test of time.  All those who are showing the world that marriage, and that commitment still mean something.

‹ Computer Fest & What it Means to Me › Wordless (almost) Wednesday