For Christmas our children received the Lego Architecture set for building the White House. Throughout the beginning of the instruction book there are facts and stories relating to the history of the White House.

In 1791, President George Washington appointed Pierre Charles L’Enfant to design the new capital city. L’Enfant’s plan was based on a grid, with streets traveling north-south and east-west. Diagonal avenues, which came to be named after the states, crossed the grid, intersecting the grid to form plazas. The overall effect aimed to establish a city with direction and character.

To be connected in a straight line by an avenue 160 feet wide, L’Enfant selected two high sports-Jenkins Hill for the “Congress House” and a second hill a mile and a half away for the ” President’s Palace”. The avenue, though no longer a straight line since an addition to the Treasury building in 1840 effectively blocked it, became Pennsylvania Avenue.

In 1792, at Washington’s request, an architectural competition to produce design drawings for the President’s house was announced. Washington insisted that the building should be made of stone, so that it would have a more substantial appearance. The building was to be more than the home and office of the president; it was to be a symbol of the presidency.

On July 16th, 1792, President Washington examined at least 6 designs submitted in the competition. One of the designs was by James Hoban, an Irishman whom the president had met a year earlier in Charleston. President Washington sought out Hoban, conferred with him, and quickly selected the architect’s proposed design for the President’s House in July 1792. 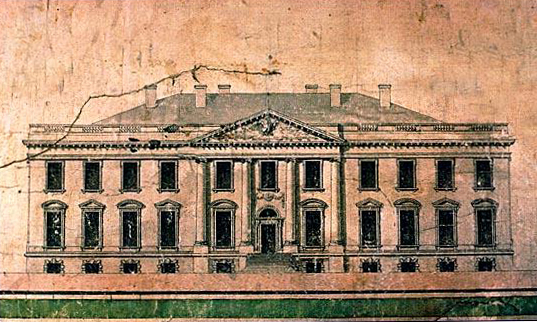 Timeline of Building/Renovating the White House:

Since the early 60s, each presidential administration has seen the White House as a kind of living museum, making changes to the decor and maintaining the building’s structure and exterior, but making very limited alterations to the architecture and layout. In the early 1990s, the White House exterior was extensively refurbished, with some 40 layers of paint removed and the sand stone exterior repaired and repainted. In 1993, the White House embarked on an extensive “greening” project to reduce energy consumption.

To find out more you can read this brief article on Wikipedia.

Here are some of the photos from our “White House Construction”: 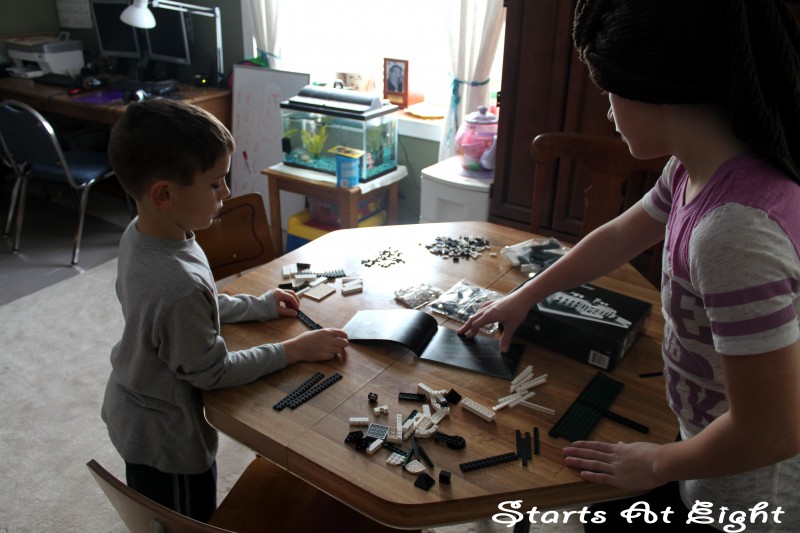 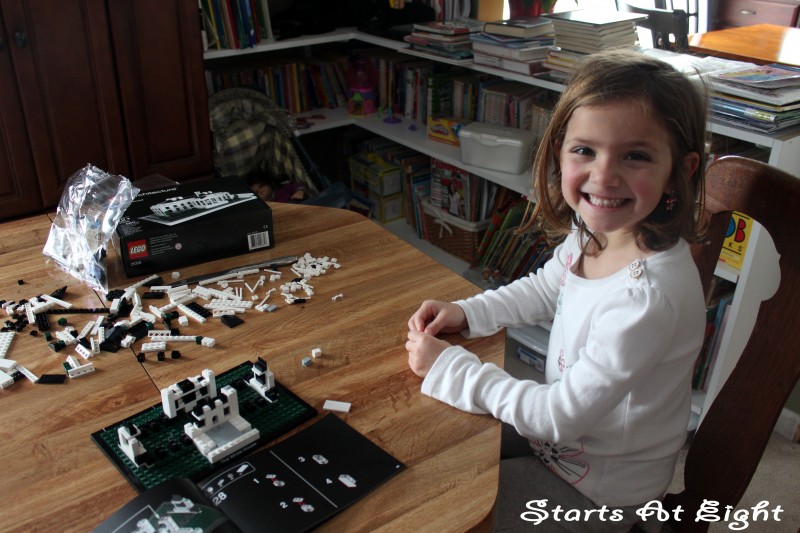 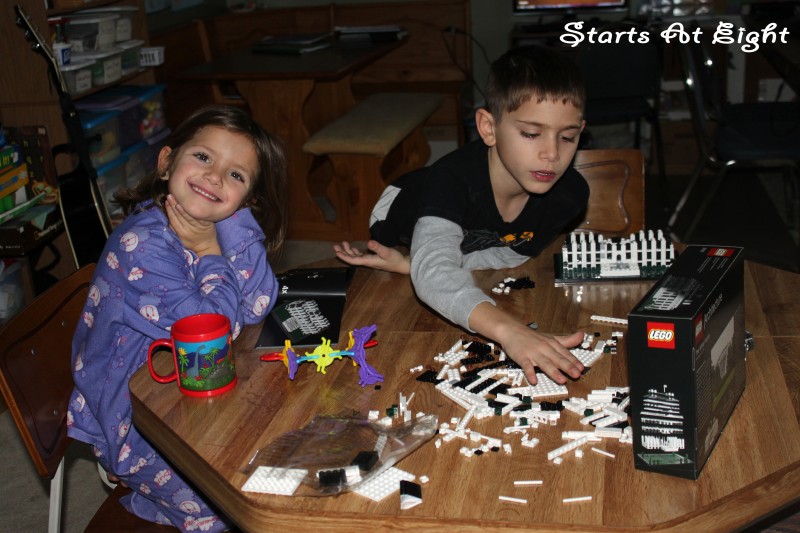 It took us 5 plus days, and many times of taking apart due to misguided piece placement, but we finally finished building the White House! Bargain basement time due to the 8 years it took to build the real thing! 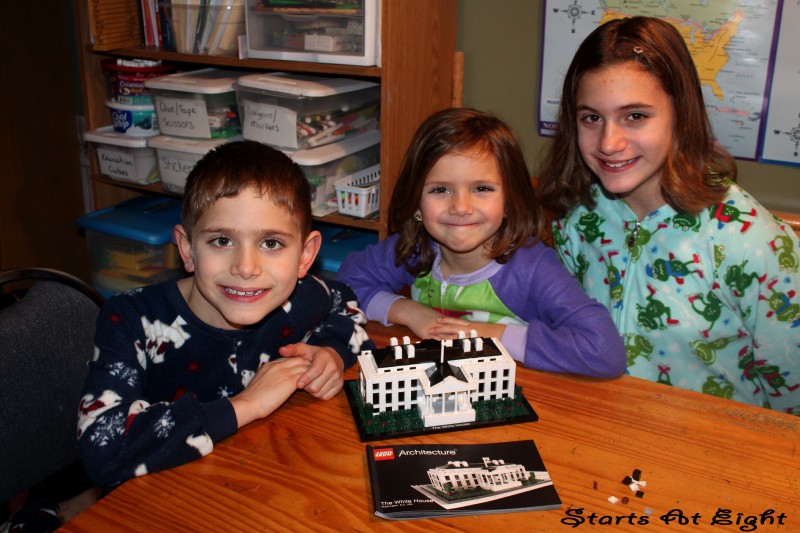