Julie Baker – staff writer for WCI’s quarterly magazine “Our Earth”. She was born and raised in San Ignacio, Colombia by her missionary parents Richard and Elizabeth Baker. Her parents died from disease in the Colombian jungle when she was 16.

Norm Hutchens – Editor of the Wildlife Conservation Institute and the guardian of Julie Baker since her parents died.

I’paa Tribe – the Colombian Indian tribe that Julie knew as a child. Bernabe’ was a member who had known her as a child. The tribe had hoped she would return to help rid them of the “evil” in their jungle.

Summary: Reporter Julie Baker returns to her childhood village in the demilitarized zone in Colombia as a reporter covering the story of 3 recent, and major United States military losses in that area. Her parents had been missionaries here, and lost their lives here as well. Julie, tied up with mixed emotions about returning here, gets caught up in a political web between the United States, the FARC guerrillas in Columbia, the local tribes, and who else, she is at first unaware, and then totally unsure. After sneaking out to see her childhood village she is captured and held hostage. Why do they think she is a US spy? Is there really a spy? If so, who? Are the people around her really who they say they are? Julie struggles through fear of what is to come, interrogations, life back in the jungle and trying to figure out who she can trust, and if she will ever be free again. Along the way her faith in God, and her missionary upbringing are an internal struggle that keep being tossed in her face. “Unless a grain of wheat falls to the ground and dies, it remains only a single seed. But if it dies, it produces many seeds….” John 12:24

What I Thought: This was the very first book that came up after I signed on to do reviews with Lit Fuse so I jumped on the chance. Then I realized it was a politically based novel. Politics, is not my thing. Having said that, after getting through the first 40 pages or so, the story really picked up for me. That is when the interwoven, hopping about from political realm to political realm ends, and the meat of the story with Julie begins! Jeanette’s personal experiences, combined with in depth research make this a colorful and believable story. Her writing is so realistic that government agencies have questioned if/how she would have gotten classified information. I couldn’t help but keep reading, desperate for clues as to what was causing all this strife in the jungle, who was spying on who, and how Julie was going to fare in the end.  Julie is a fantastically strong female character.  Her decisions leave her in grave danger, and you will find yourself on the edge of your seat, holding your breathe, hoping upon all hopes that she will make it through!

Check out these other blogs relating to The DMZ and Jeanette Windle:

I want to thank Jeanette Windle, Lit Fuse, Kregel Publications and NetGalley for the opportunity to review this book. I received a free copy of the book for review. However, my opinions are my own and have not been influenced in any way.
[sep] 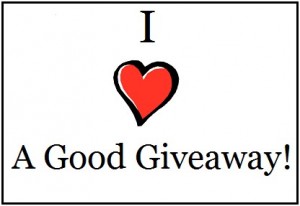 [sep] Now for the giveaway part! I have been supplied an extra copy of The DMZ through LitFuse to give away to one of my readers. To enter the giveaway simply leave a comment below. The giveaway will end on Friday April 29, 2011.
.

For additional entries (for each thing you do, leave a separate comment as each one is a separate entry):
-Become a follower of my blog via Networked Blogs
-Subscribe to my blog via e-mail
-Post about this giveaway in your blog, Facebook or Twitter*. Include the link(s) to your post(s) in the comment. Each post counts as 1 additional entry
*For Twitter posts, use this: @Startsateight I entered to win a copy of The DMZ by Jeanette Windle at http://www.startsateight.com/?p=6166

‹ Wordless (Almost) Wednesday › The Power of a Postitive Mom ~ Week 3