Last week Jayden got a soccer ball kicked into his thumb while playing outside with his cousins and a neighbor friend. He came in asking for ice and acting fine, just stating he got a ball kicked into his hand and that his thumb hurt. I didn’t think too much of it. The next day it was quite swollen and had what I am calling “the black ring of death” around his knuckle. It literally looked as though someone had slipped a black ring around the knuckle on his thumb!

Off to the pediatrician’s office we go. Of course they told me exactly what I already knew, that it might be broken and that to tell for sure he would need an x-ray. The next day we headed off to the orthopedic specialist to have an x-ray done and if it was broken his casting would be done there as well.

Much to our dismay his thumb was broken. 🙁 It is the first broken bone for any of our children. He was lucky enough to be getting waterproof casting material so he can swim and shower with it. The doctor said they had gotten the new supply in 25 minutes before we arrived! I only had my phone so I apologize for the lack of quality in the photos from the casting process. 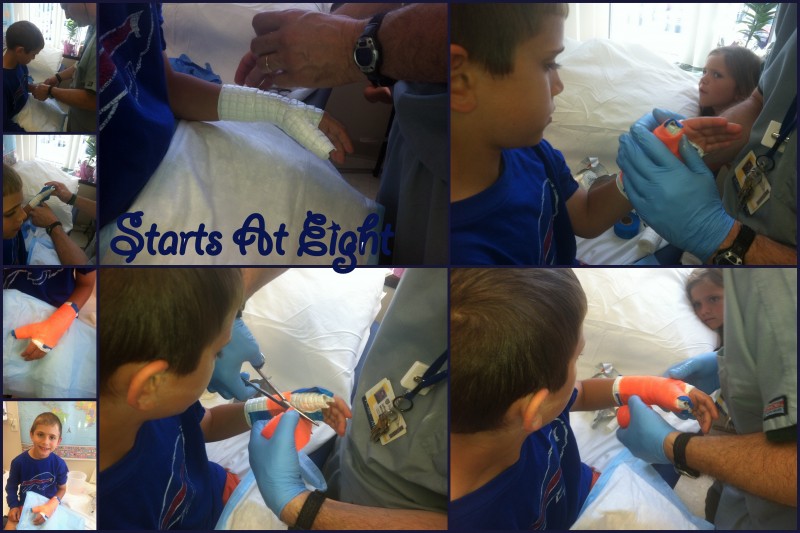 Our big concern was him being able to play soccer. The doctor cleared him to play, but apparently it is then up to the referee in our league to decide before each game if he can play. So we had to have a note from the doctor clearing him to play and we had to bubble wrap the whole cast to ensure the safety of the other players (which I am all for by the way as I wouldn’t want anyone getting injured as a result of getting whacked by a cast). Jayden was able to play the same day he got his cast, and he looked like he had a club arm! Now hopefully each referee we run into will allow him to play. He has 3 weeks with his cast on and a bunch of games during that time, so one game at a time! 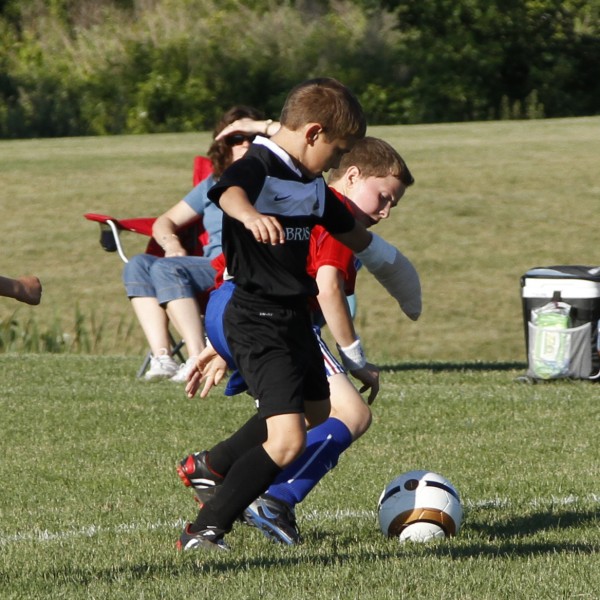 Wordless Wednesday ~ To Those Who Serve