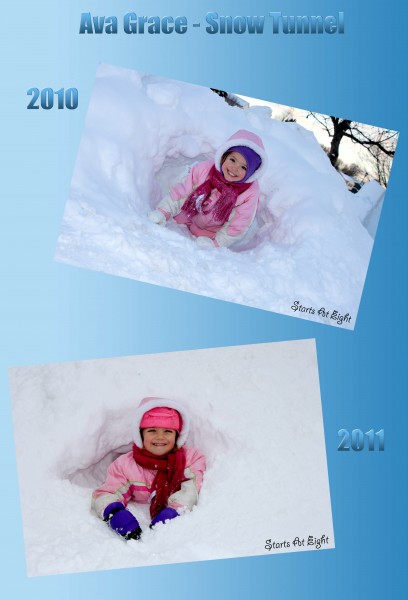 I took the 2011 photo this past weekend. Then a few hours later Chloe was showing me a photo and she was altering with a photo app on her ipod. I thought it was the 2011 one and questioned her as to how she already had it on her ipod. It turns out it was a photo from the Winter of 2010! It looked so similar to the one I had just taken! Thus I dug back and found the one from 2010, and just had to put them into a side by side format!