When I was looking ahead to this week (Week 9), and the following week (Week 10) I was overwhelmed. With Joey having two days off this week, and so much time out of the house, I wasn’t sure how we would fit in all the scheduled work. Much to my amazement, we are sitting at the end of this week with almost everything done! Plus, we even had some fun along the way! 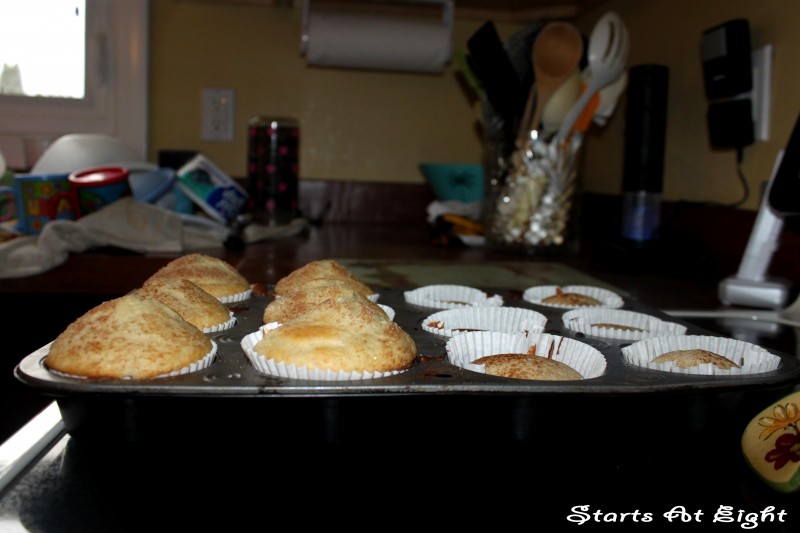 Thursday:
Daisy Girl Scouts followed by Homeschool Ice Skating took up most of our day. Ava earned more badges for me to put on her tunic. (As if there aren’t already a ton of them in a Ziplock that I have yet to attach!) Then we ate lunch in the car and headed over to our first Homeschool Skate of this school year. I brought Ava’s skates thinking she might insist on trying this year. She did. It didn’t go so well. She made it once around, complaining and yelling at Chloe most of the way, and then she was done. As the saying goes, “IT TAKES A VILLAGE”! Which is what it seemed to take with 3 “big girls” getting Ava around the rink the one whole time she completed. I am perfectly content to wait another year for her to attempt to skate again. 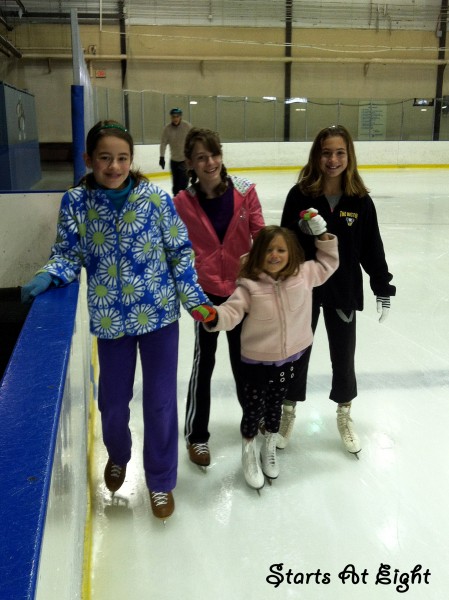 Friday: VETERAN’S DAY
Today brought Chloe’s team pictures and Practice Meet at the gym. It turns into a whole day of the girls hanging out together at the gym. They also had a fundraiser Open Gym in the evening to support our TOPS program. One of Chloe’s friends will be heading to Texas again soon on her journey in the TOPS program.

The Practice Meet had it’s ups and downs for most of the girls. This is a first time at a new level for many of them, including Chloe. This was her first attempt at a competition at level 7. Even though it is only a “Practice Meet” we hire judge’s to come and score the girls as well as record comments about where the girls went wrong so that they get an idea of what they need to work on. 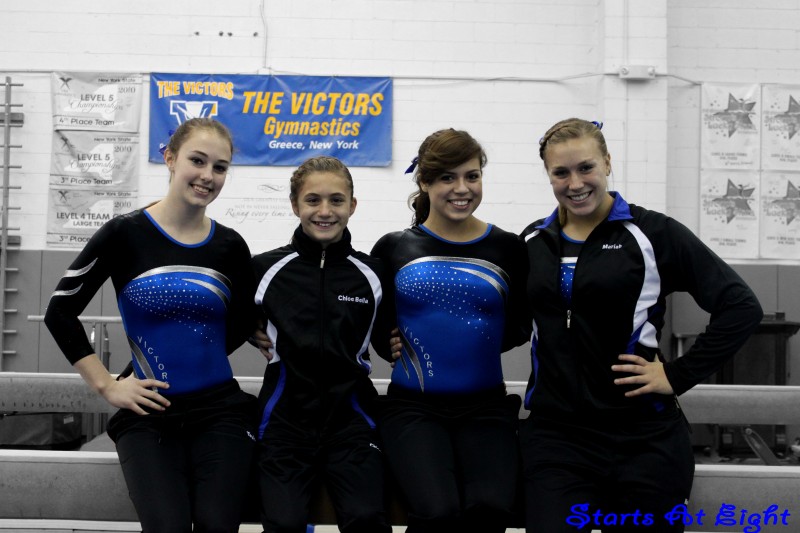 ‹ What Ever Happened to Herbivores? › The Victors Gymnastics 2012 Team Photos