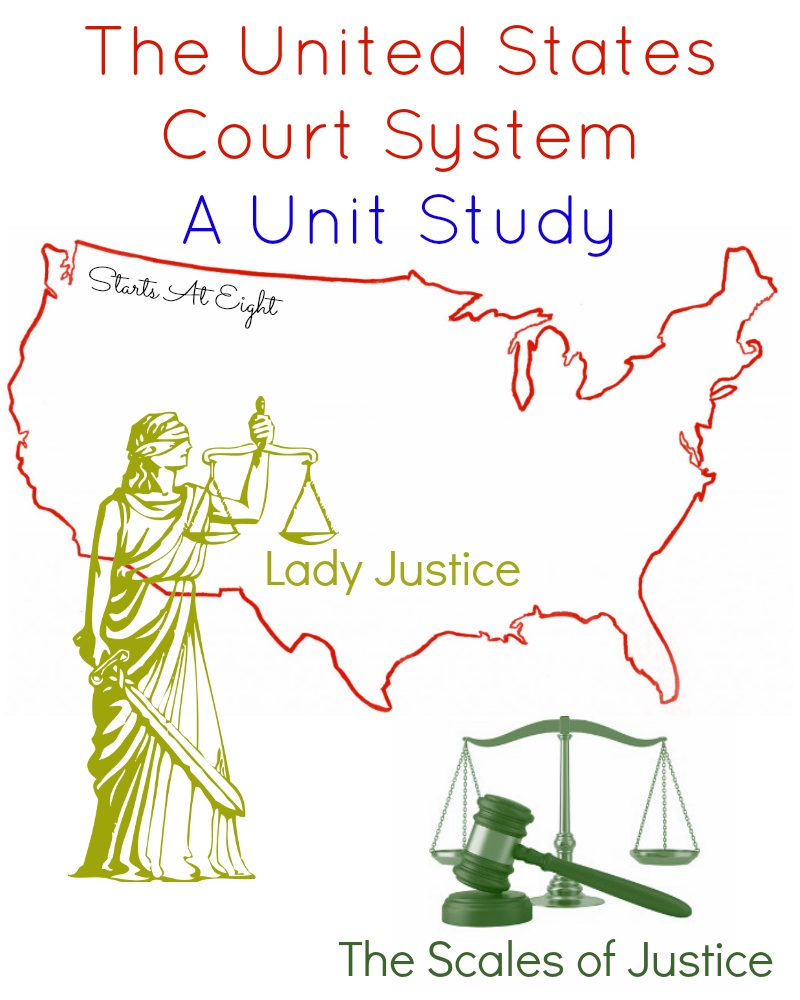 Last week in The United States Court System Unit Study Part I we talked about things like what courts do, what types of courts there are, and what a jury is. In Part II we are talking about the key people in a court room as well as our justice system.

How Judges are Appointed

Although the individual process will vary slightly by court system, judges are usually appointed to their position – not voted into their jobs by the people.

In Federal court, the judges are appointed by the United States President and confirmed by the Senate. If a judge is being appointed in Missouri, for example, often a state senator will have significant input – either the senator that most aligns with the President’s convictions, or if both do, then the senior senator assists in this process.

Federal district judges are appointed to their position until retirement, unless they break the “standard of good behavior” – judges must obey the law, too! If a judge has violated the standards of good behavior, he can be impeached by the US House of Representatives, followed by a trial in the United States Senate. To be removed from his office as judge, the judge must be convicted by a two-thirds vote of the Senate.

In State courts, the process for selecting judges varies greatly. Sometimes the state’s governor or legislature will appoint a judge, while others are chosen by a legislative committee based on merit. Some judges are distinguished attorneys who have some political involvement. Judges can also be appointed through partisan and nonpartisan elections.

Court Personnel – How Does it All Work?

Court proceedings involve so much more than a judge, jury and the two parties in a case. There are many other people involved in the courtroom.

Parties in a Case

While some may choose to go to court without an attorney, the vast majority hire an attorney. The legal system is complex and very difficult to navigate for the common person. Having an attorney to utilize your appeals process, advocate to lower your bond and argue your case before a judge or jury can go a long way to getting you justice.

Clerk of the Court

The clerk of court plays many roles, but in the courtroom they have one task – to record every word that is said and thus prepare the written transcript of the entire case. This transcript is then available to both party’s attorneys and can be used in the appeals process with higher courts.

In the courtroom the bailiff, usually a sheriff deputy, provides security to everyone present – his primary duties are overseeing, protecting and escorting prisoners for trial and in a jury trial, he is a court usher who monitors the jury during their deliberations and during overnight stays.

In addition to the bailiff, there are other deputies in the courtroom providing security. Courtrooms have metal detectors and a security process that people must go through before entering. The number of security personnel on staff varies by the size of the court and the number of court staff, prisoners and citizens present require protection.

During the trial each witnesses gives testimony to the judge or jury while sitting in the witness stand facing the courtroom. Witnesses can testify to facts of the case they witnessed, saw, heard or otherwise have first-hand knowledge about. It is illegal to bribe a witness to testify, to change their testimony or life in court. 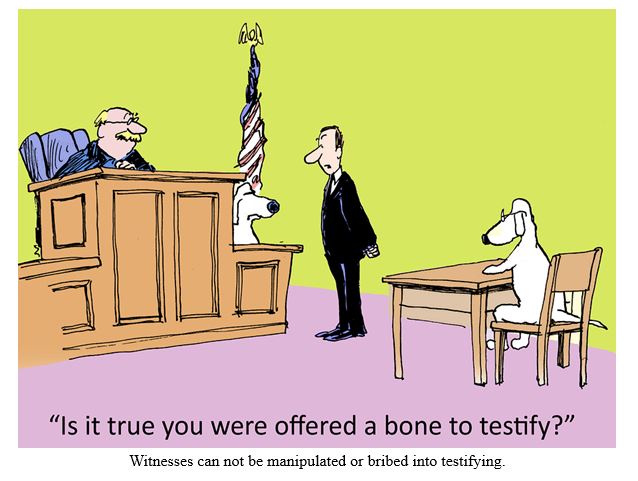 Courtrooms have many symbols, statues and historic meanings intertwined into their procedures, decor and architecture. Have you ever wondered why and what it all means?

When the judge walks into the courtroom, the bailiff calls out “All rise!” as everyone scrambles to their feet to show honor and respect. Once the judge is seated, everyone returns to their seats. The judge sits on an elevated platform symbolizing the power and wisdom he holds to “look down” and “pass judgment”, much in the same way ancient cultures worshiped the sun and believed anyone who was closer to the heavens was wiser and more powerful. Obviously that isn’t true, but it cannot be denied that judges do hold power, possess wisdom and deserve our respect.

The Robe and Gavel 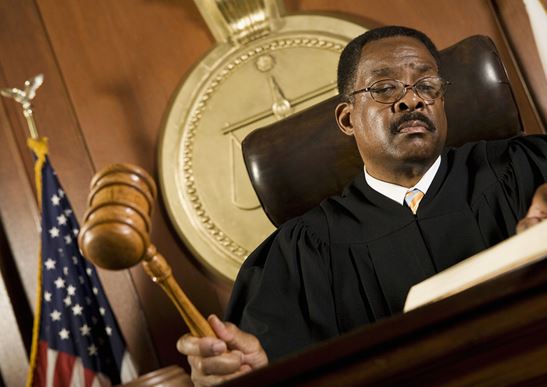 Although the historians are still debating the reason for judges wearing black robes, it has come to signify a level of legal formality and respect.

The gavel is used to restore order to the courtroom, or when the judge passes judgment, he “drops the hammer” on the guilty party – this is a symbol of the law being enforced. After the judge verbalizes the ruling, he drops the gavel with a solid “thunk” – the trial (or pre-trial hearing) is over.

The Scales of Justice 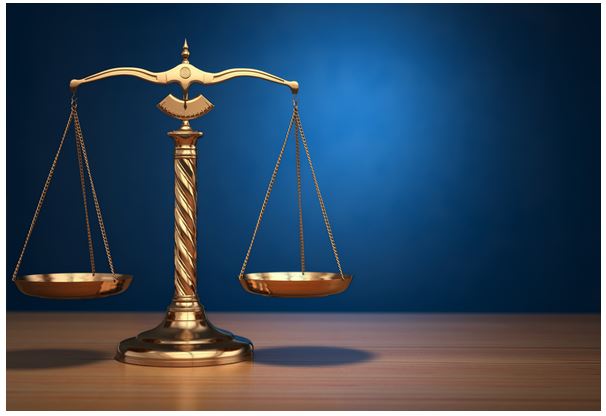 When justice is being determined by either a judge or jury, two things are being weighed – the applicable law and the facts of what happened.

In Isaiah 40:12, God uses a balance scale to measure the weight of the mountain and the hills as He creates Earth. It reads, “Who has measured the waters in the hollow of his hand, or with the breadth of his hand marked off the heavens? Who has held the dust of the earth in a basket, or weighed the mountains on the scales and the hills in a balance?”

The symbolic use of scales to determine justice and weigh a person’s actions is not a new one. In Proverbs 16:12, God weighs the motives of men, “All a person’s ways seem pure to them, but motives are weighed by the LORD.”

Who is Lady Justice?

You can find this goddess of divine justice, the Greek goddess of Themis, in many courtroom across the nation. In ancient cultures the goddess of Themis was believed to be the gate to heaven – she weighed your life, worth and works in the scales of justice. If you fell short of the mark, her sword kept you from heaven. If not, you could pass to heaven. Although court systems do not believe such a thing, Lady Justice still serves as a symbol to everyone who enters the courtroom doors.

Author Bio: Carrie Thompson, a homeschool graduate, enjoys writing, editing and blogging – particularly for kids. When not at her computer working, Carrie enjoys hiking the Blue Ridge Mountains or kayaking down the James River with friends and family.

‹ Write Well with the WriteWell Writing App › College From Home: Tips for Getting Great Grades