The Giver is a wonderful middle and high school level novel that invokes tons of in-depth discussion and raises thought provoking questions about a life without memories, feelings or pain, a life of sameness and predictability and how that might be better or worse than the life we live. 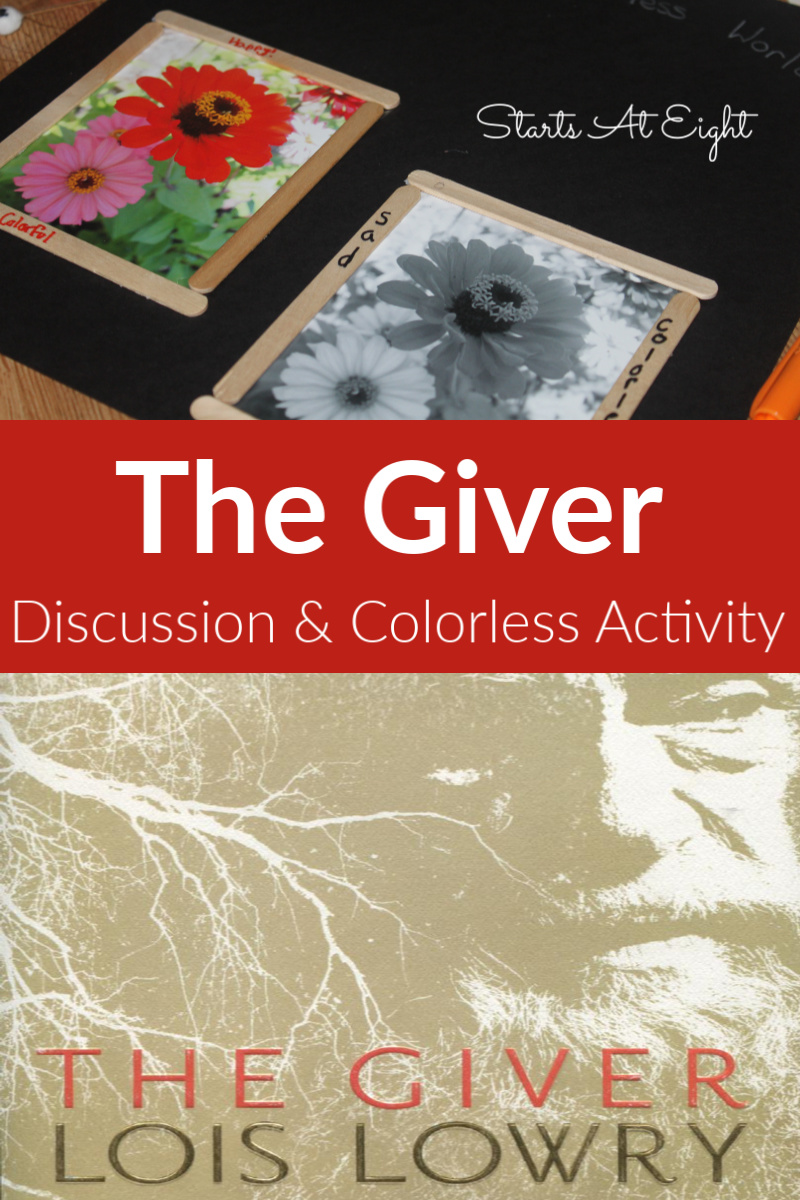 For our Mother/Daughter Book Club this month, we chose to read The Giver

by Lois Lowry. It had been awhile since I had read it, and I found myself a little surprised (and maybe a little overwhelmed) about how many topics could be discussed after reading it.

The Giver, the 1994 Newbery Medal winner, has become one of the most influential novels of our time. The haunting story centers on twelve-year-old Jonas, who lives in a seemingly ideal, if colorless, world of conformity and contentment. Not until he is given his life assignment as the Receiver of Memory does he begin to understand the dark, complex secrets behind his fragile community.

Since I have spent time organizing my own thoughts about this book, I decided to gather a bunch of it here. From basic comprehension questions, to discussion questions/topics, as well as the colorless project that I chose to do with our book club.

Here are some thoughtful questions with thoughts on each one to talk about and share.

The Giver World Without Color Project

Focusing on a colorless world I sent the girls out with a camera. Each girl was to choose something that they felt captured/represented “color” for them. When they came back I printed each photo in both black & white, as well as color.

Then I sort of set them free with craft supplies to create mini posters using their photos. It was interesting to see how each girl had their own creative spin on this topic.

You might also want to encourage them to use quotes from the book, or like in the first image descriptive feeling words were used in conjunction with the photos. 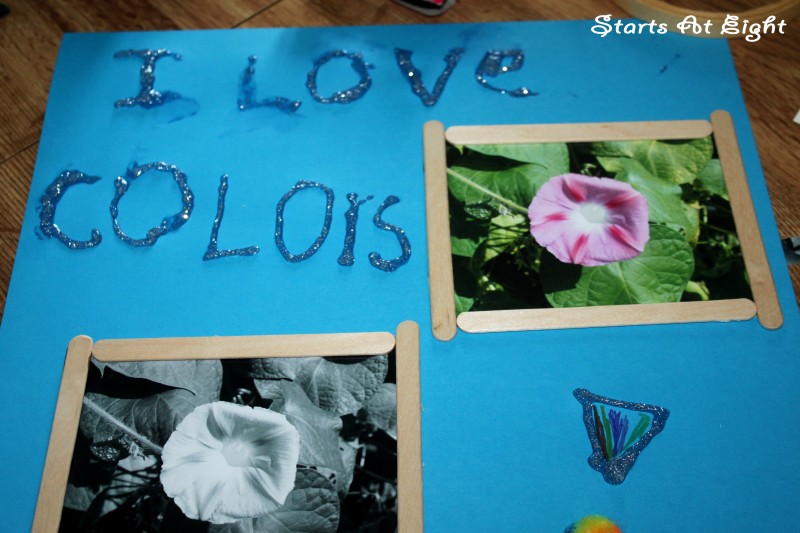 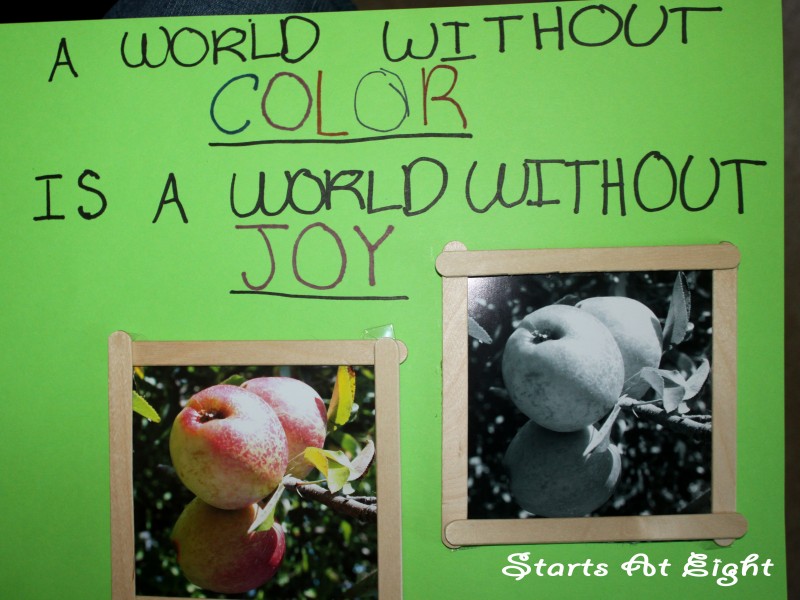 Books in The Giver Quartet 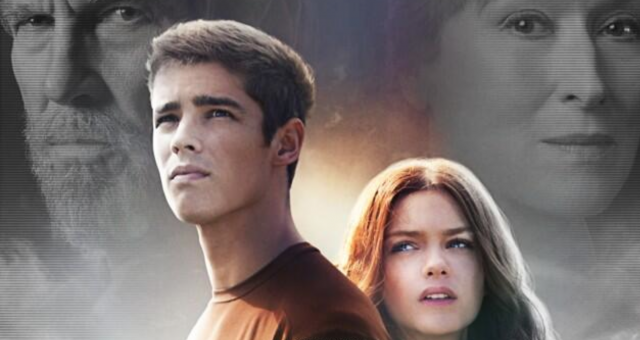 While the book came out in 1993, the movie came out in 2014. I often enjoy watching movies based on books after we have read the book. It makes for interesting discussions such as:

You can get a FREE Printable Compare Contrast Book vs. Movie Worksheet here.