Ten on Ten: Take a photo every hour for ten consecutive hours on the tenth of each month.
Document a day of your life and find beauty among the ordinary moments. 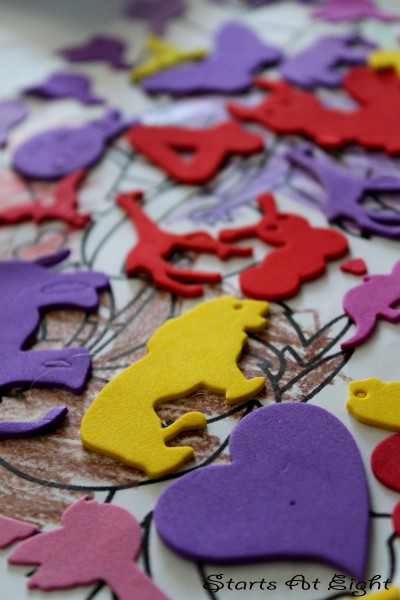 This is what Ava is currently calling decorating. She has tubs of sticky foam shapes which she layers onto a paper. She put the “4” in middle, “because I am 4.”. 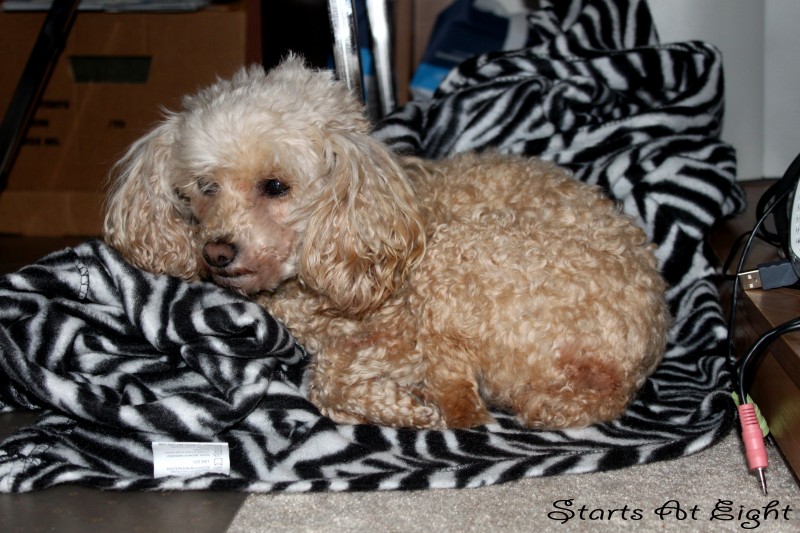 Chloe left her Snuggie on the floor underneath the computer desk. Muffin apparently found it to be quite a suitable spot for her to curl up and take a nap. Between the soft Snuggie and the warm air coming from the computers she was very happy under there. 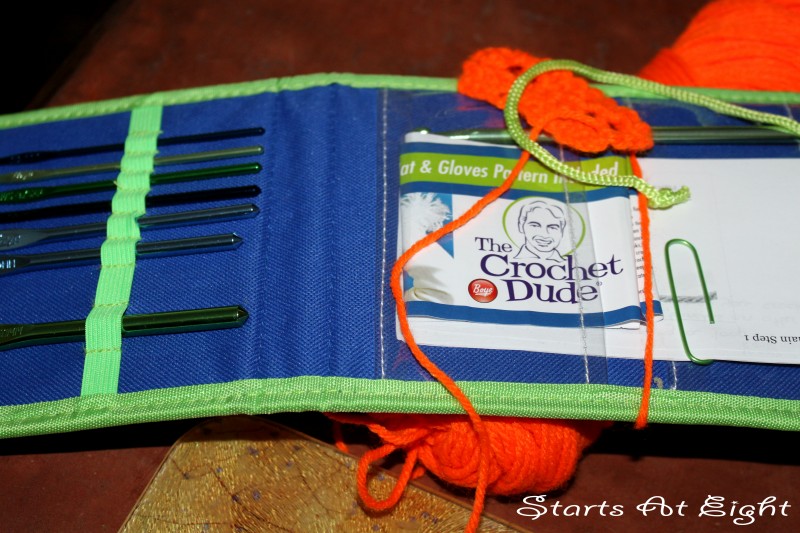 One of the things on my Bucket List is to learn to crochet. Since we were contacted again this year about doing the Community Lap Blanket project with some of our homeschooling friends, I decided it was a good time to push myself to learn. This is the set of needles that I got a great deal on at JoAnn’s. 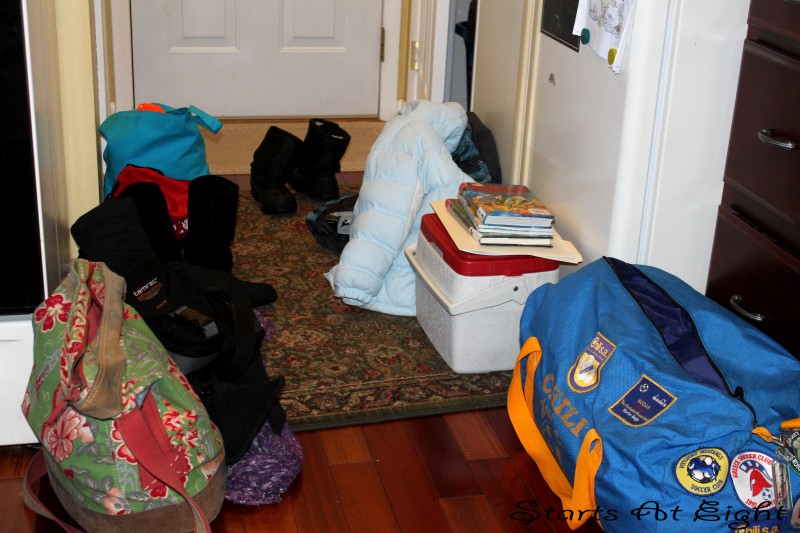 Today was a busy day for us. We hurried out of the house at 11:15am, not to return until 5:15pm. This is our hallway jammed with all the things we would need for the day (minus the ice skates which were outside). From boots, snow clothes, lunches, my knitting bag and camera, to essential snacks and drinks, as well as all the stuff Chloe would need for the gym in the evening.

Ava had her first meeting with her new Daisy Girl Scout troop. They were having a sledding party/meeting at one of the girl’s houses. This is Chloe and Ava at the top of the steep hill ready to head down together. 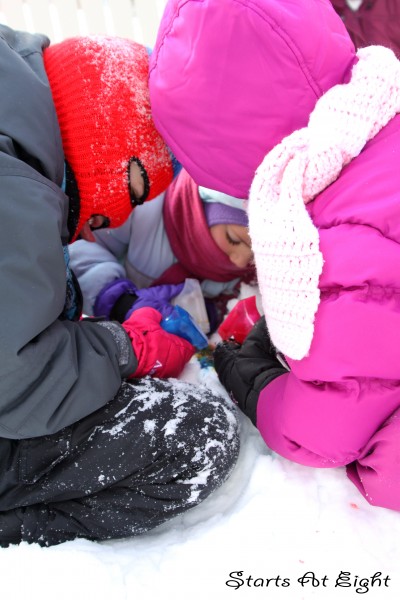 “Painting” the snow was another fun activity the kids got to participate in at Ava’s Daisy Troop meeting. They were given bottles of water colored with food coloring to spray the snow. These three here (Ava, Jayden, and another Daisy Girl), realized that if they combined all their colors together, they could make other cool colors and designs. 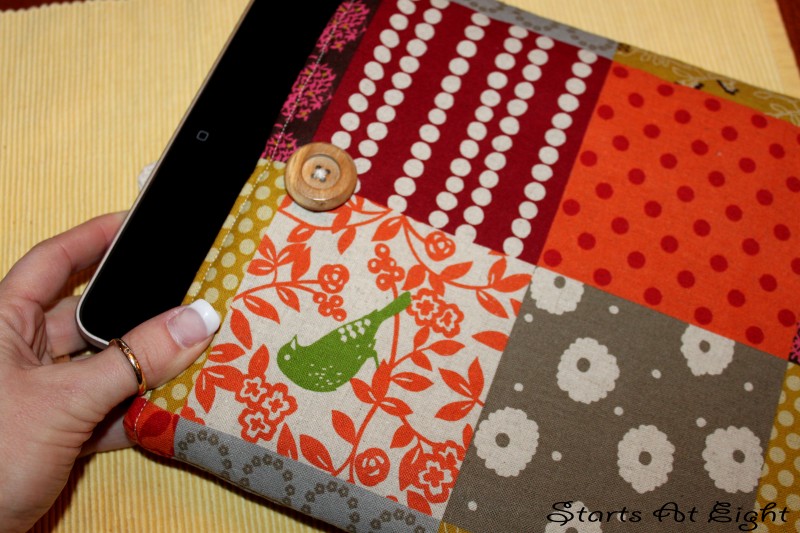 This is my Valentine’s? Birthday? Anniversary? Present from Joey. He can never seem to hold on to anything once he has it in hand for me so I usually get things at odd times. It is a soft, funky case for my iPad. I have been using a cheap, ugly black one up until now. I love this new funky one he found on Etsy for me! 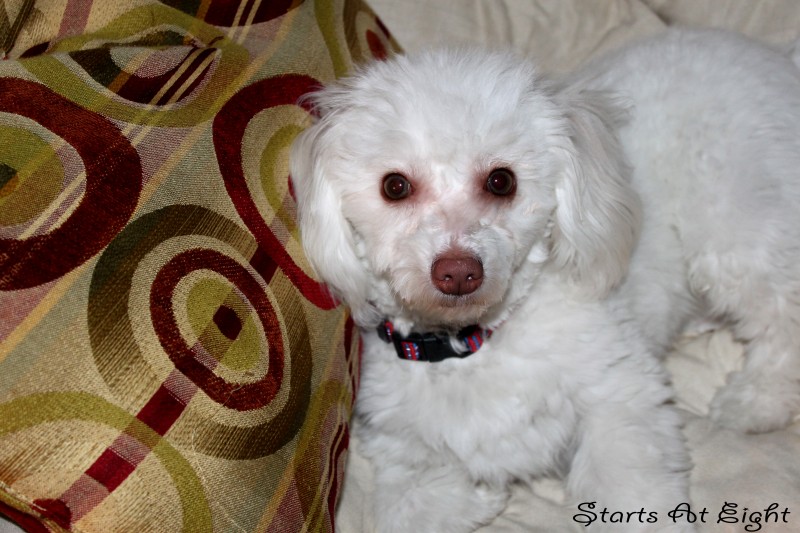 Oscar, Oscar. There are not enough pictures in the world to show how cute he is! As we were settling in for the evening, I found him overtaking my usual spot in the papasan. He was so cute I just had to snap a picture before I kicked him out! 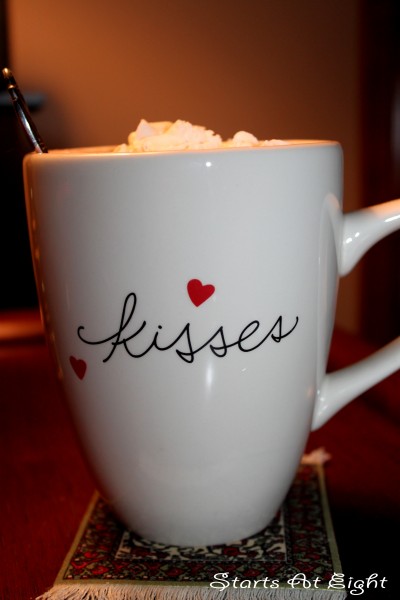 If you enjoyed my Ten on Ten and want to view more, head over to a bit of sunshine