Super Shark Books! Fiction and Non-Fiction for Toddler to Teen

For kids young and old comes this collection of shark books. In lieu of the 30th Anniversary of Shark Week this year I am sharing a collection of both fiction and non-fiction books for kids from prepreaders through high school! 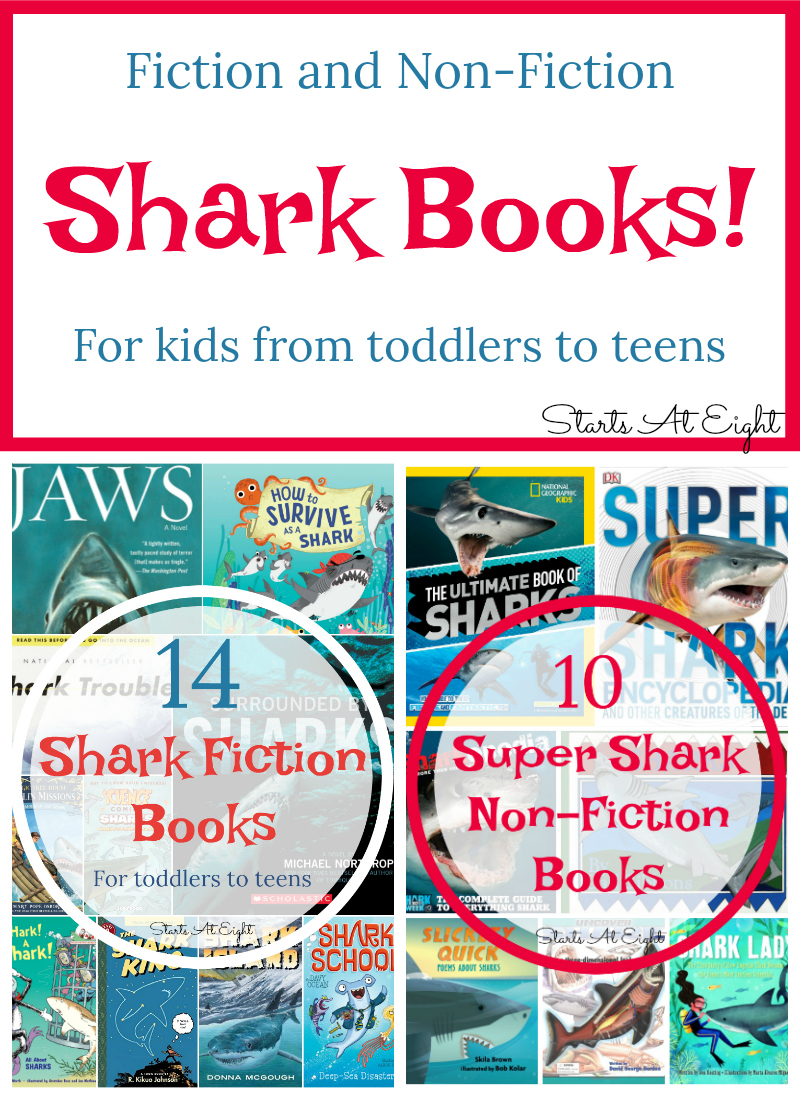 A fascination with sharks started early in our house when my son fell in love with a picture book I used to read him called, The Great White Man-Eating Shark: A Cautionary Tale. 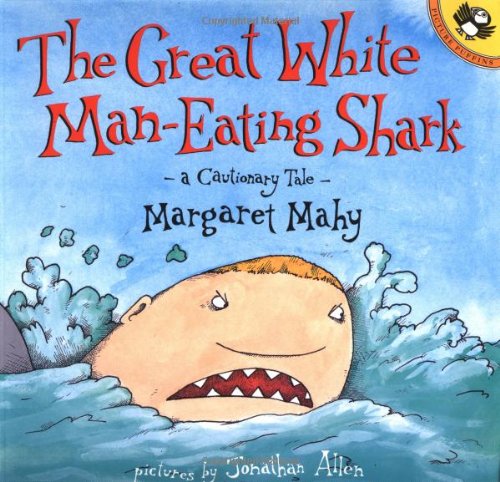 In this simple picture book Norvin is a very good actor, but rather plain. In fact, he looks very like a shark, and more than anything, he loves to shoot through the water like a silver arrow. But his cunning plan to clear the water at Caramel Cove badly misfires. While this book isn’t packed with facts, it’s a fun story to have as part of your shark books collection, that had us digging for more information!

Super Shark Books! Fiction and Non-Fiction for Toddler to Teen

As the years have gone on we have found many fun and interesting shark books of both the fiction and non-fiction varieties. We hope you enjoy some of these shark books as much as we have! 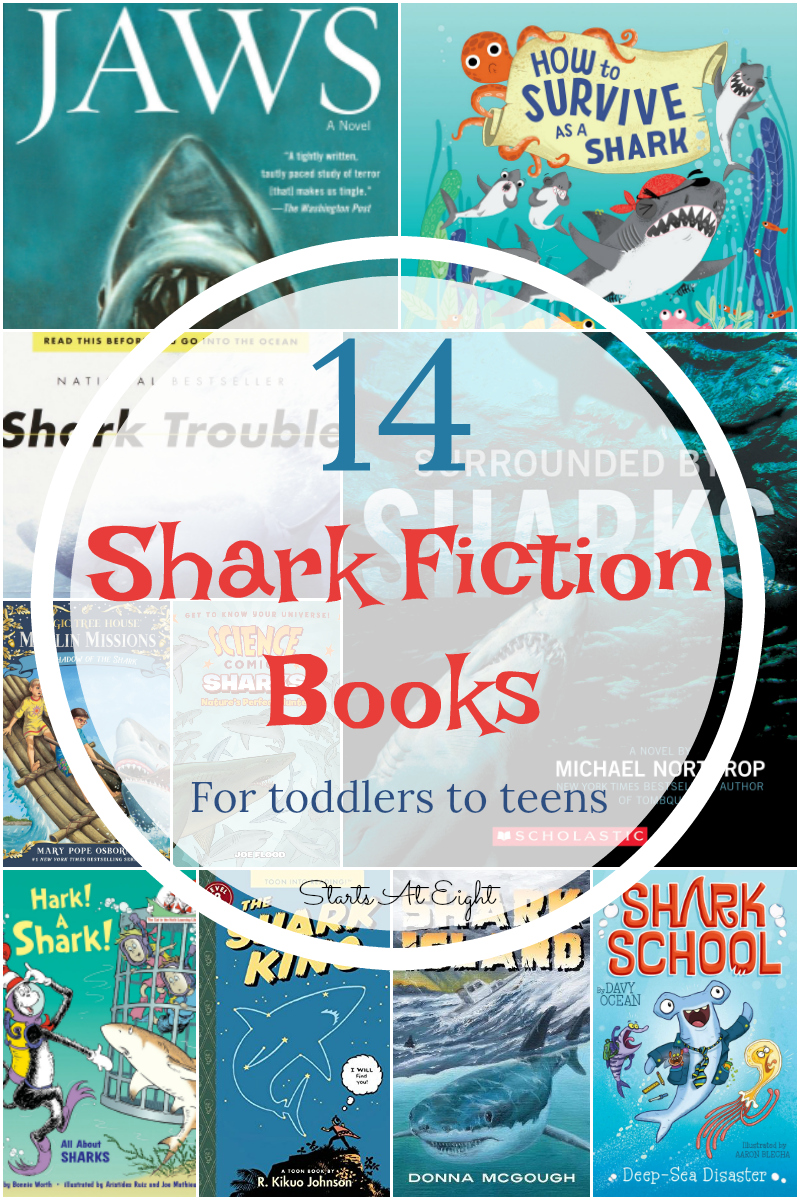 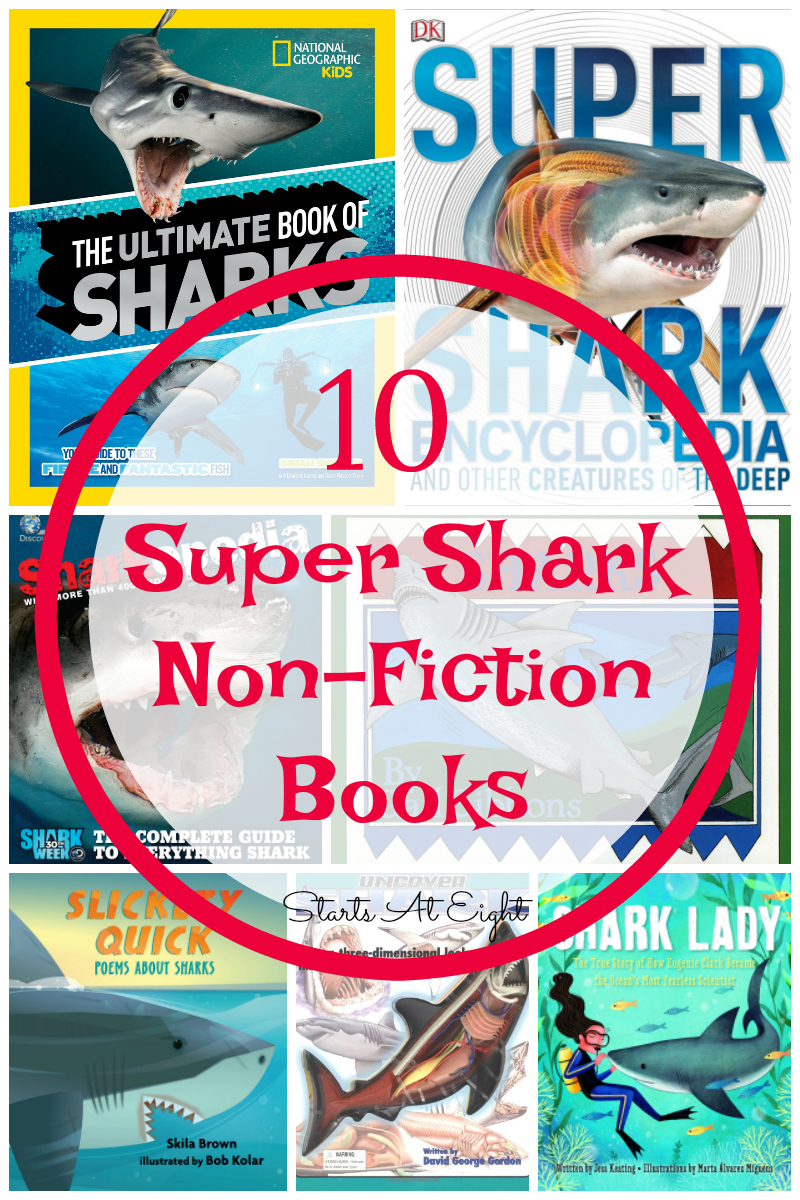