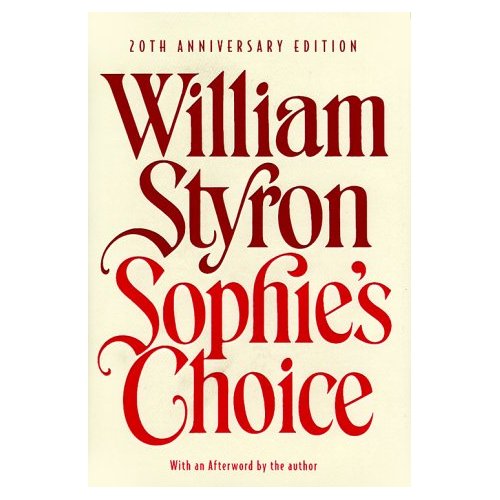 My New Year’s Resolution for 2011 was to read Sophie’s Choice by William Styron.

Needless to say I am a little late in getting to it this year! I started out very enthusiastically in January or February but did not get very far in the 6 weeks I had the book on loan from the library. So a couple of weeks ago I added the eBook to my collection so I would not have to be on a library deadline. According to the Kindle App on my iPad I am 22% through the book. Having said this, I paused last night while reading to note that I had searched for 2 new things (new to me anyways) that I found in Sophie’s Choice. It seems as though I am recently in the habit of seeing something that is unfamiliar or curious to me, and then following it where it leads me. I want to share not only the two new things I have discovered with reading Sophie’s Choice, but also my first round of thoughts on the book.

The first thing that sparked my interested was a piece of music called Sinfonia Concertante by Mozart that Sophie references. According to Wikipedia a sinfonia concertante is a musical form that emerged during the Classical period of Western music. It is essentially a mixture of the symphony and the concerto genres: a concerto in that one or more soloists (in the classical period, usually more than one) are on prominent display, and a symphony in that the soloists are nonetheless discernibly a part of the total ensemble and not preeminent.

Here is a sample of one:

The second thing that stuck out to me was a passage from a poem that Sophie recalled and thus went looking for in the library. It is by Emily Dickinson and was named Death. 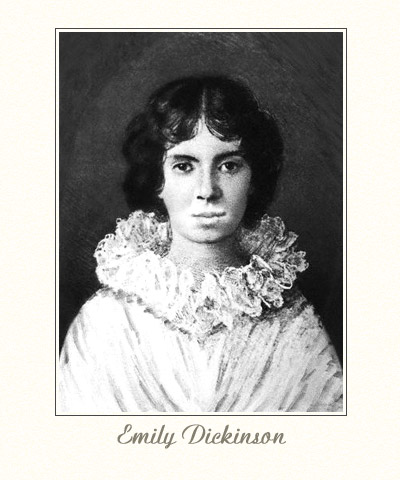 Because I could not stop for Death,
He kindly stopped for me;
The carriage held but just ourselves
And Immortality.

We slowly drove, he knew no haste,
And I had put away
My labor, and my leisure too,
For his civility.

Or rather, he passed us;
The dews grew quivering and chill,
For only gossamer my gown,
My tippet only tulle.

We paused before a house that seemed
A swelling of the ground;
The roof was scarcely visible,
The cornice but a mound.

Since then ’tis centuries, and yet each
Feels shorter than the day
I first surmised the horses’ heads
Were toward eternity.

There are great explanations and thought provoking questions from many of Emily Dickinson’s poems to be had from an English Professor at Brooklyn College. I spent some time reading through her thoughts and analysis of a few of Emily’s poems. Definitely worth the read if you are intrigued at all by Emily Dickinson and her body of poetry.

Now onto my thoughts about the book thus far. Despite so many good reviews (with me choosing to ignore the bad ones), I am not sure how positive my review will be of this book. I do find the story to drone on, to the point where I end up going back and reading a bunch of pages each time I pick up the book because I can’t remember what I read! I can also see where the vulgarity and sexual nature becomes grating. I find myself thinking, “Enough already!” and “That was more of an image than I needed to have!”, and yet I press on.