The Lockport Cave and Underground Boat Ride is a journey back in time along a portion of the Erie Canal in Western New York. A cave of wonders where science and history combine. It takes approximately 70 minutes for the tour which includes a boat ride inside the cave. 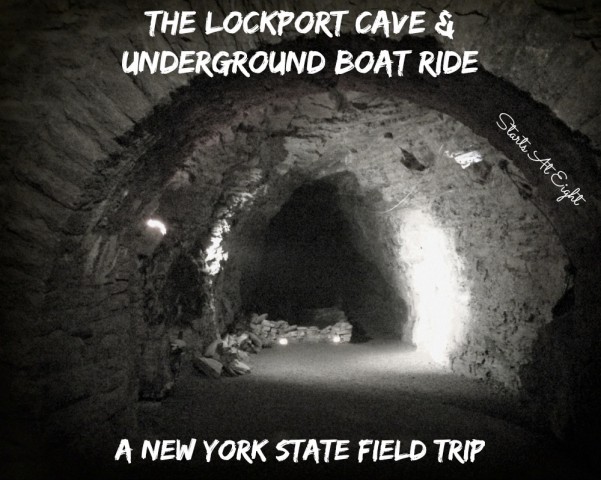 One of the first things you will notice when you pull into the parking lot are the Erie Canal Locks. Lockport is home to two (#34 & #35) of the  locks along the Erie Canal. If you get the chance to be there when a boat is traveling through, it is worth the experience. We were lucky enough to be there and the kids loved seeing the locks in action! 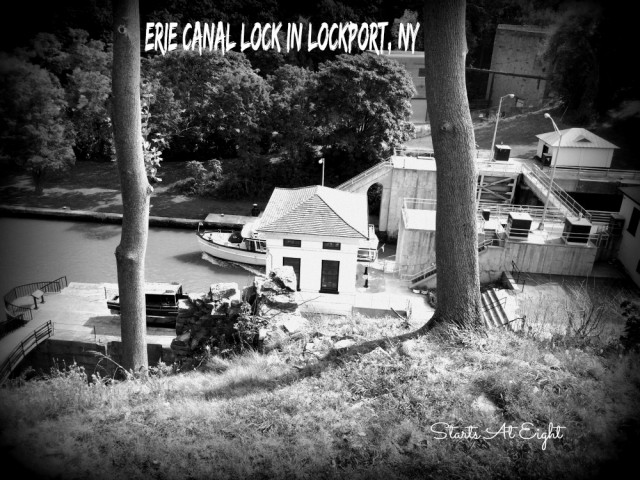 Here you can see a boat coming out of one of the locks. Each lock covers a height distance of  about 30 feet. Which means that a boat traveling through can span a height difference of approximately 60 ft which allows them to continue on their journey along the canal.

How a Canal Lock Works:

The Lockport Cave is a man made, hand dug water tunnel that was created in the  1850s. It took 10 years to dig due to their rudimentary resources at the time. They used something called Dewponts blasting powder. This was like gun powder, and was used to break out the rocks. The process took 2 plus hours to create a 2 foot hole. 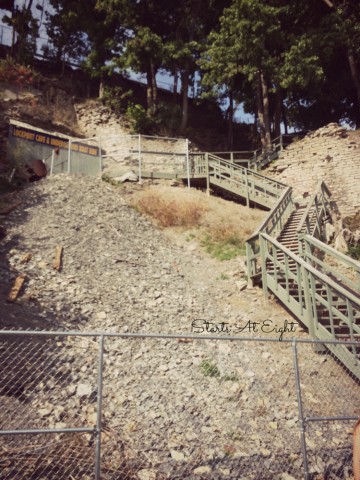 Holly Manufacturing is the first company.  Holly Manufacturing was established in 1859. The Holly Company convinced the City of Lockport to install a fire protection system in the business district with hydrants and underground pipes driven by the Holly turbine pump. The Holly Company constructed the Lockport Water Works in 1864. 6,000 feet of pipe were laid with 27 hydrants. 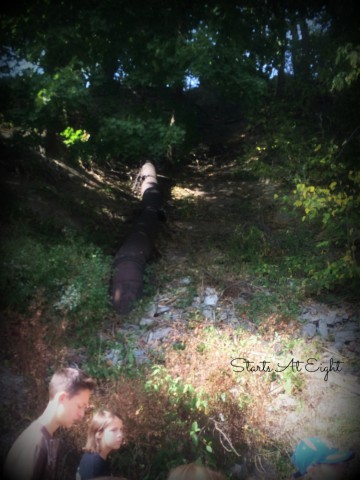 Richmond Manufacturing is the second company. The Richmond Company was incorporated on January 13, 1881 and in 1886, Richmond formed an alliance with the Lockport Hydraulic company extending the north tunnel from the Holly Co. The Richmond Manufacturing Co. is one of the largest and most widely known concerns in Western New York, they are the manufacturers of “The Richmond” Improved Grain Cleaning Machinery, Upright and Horizontal Bran Dusters, and Centrifugal Reels. 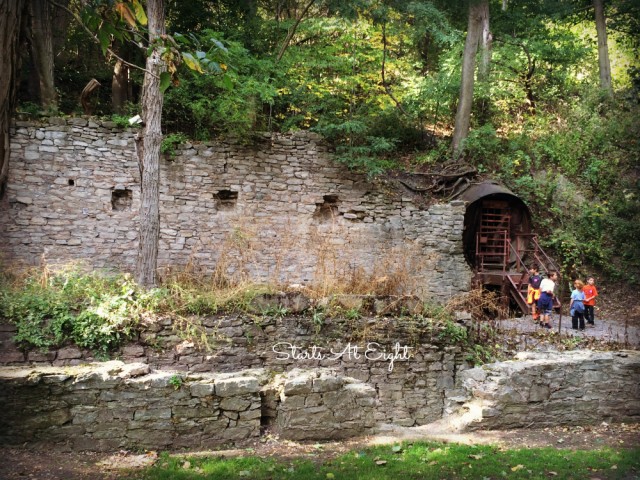 Factory number three that was powered by the underground Hydraulic Race tunnel is the Lockport Pulp Company.  Here they made wood products out of the pulp. The water would turn large water wheels which would in turn spin millstones. The pulp mill utilized these large millstones to grind locally grown trees into wood pulp. The wood pulp was compressed into various products such as buckets, bowls, and cuspidors.

To get into the cave we walked through this giant water pipe. Minus the rudimentary lighting system that was put in, the whole trip inside was totally pitch black. 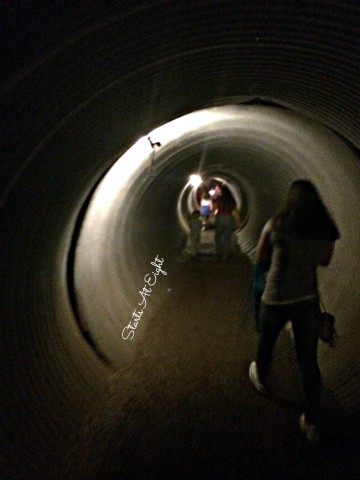 Inside you will be exposed to a host of geological experiences such as flow stone on the cave wall, and stalactites hanging from the ceiling.

You will see the remains of a 25 foot stake hammered into ground from above to help workers know where to dig.

You will also enjoy the longest underground boat ride along the Erie Canal. It was super dark, super quiet, and super interesting! 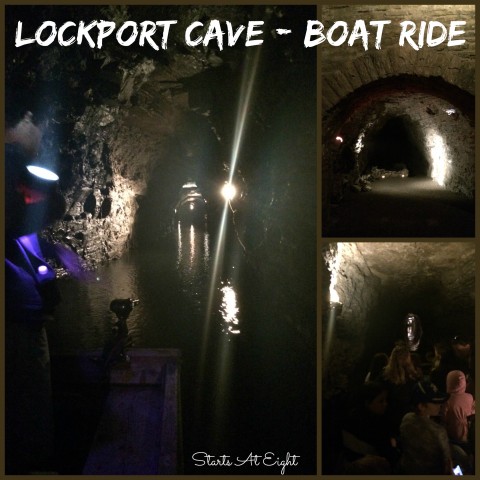 Also on the premise is a small Erie Canal Museum where you can see artifacts, watch brief videos, read about the history of the Erie Canal, and even sign the guest book! (The guest book was a highlight for my 8 year old.) 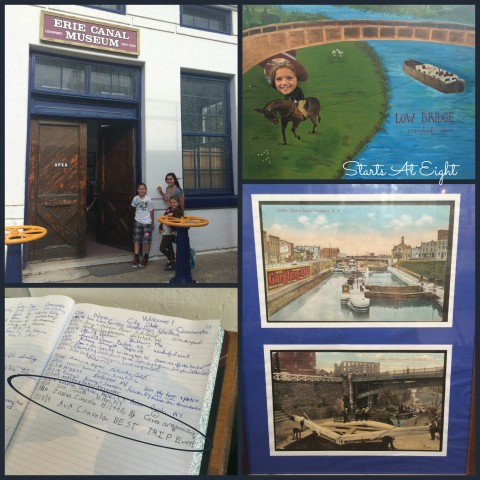