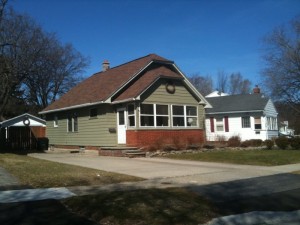 Our old house with it's new color

Earlier this week my brother-in-law sent me a picture.  He had driven by our old house and decided to take a picture so we could see the changes.  It is odd to see the changes that the new owner makes to the outside. Last year they changed the landscaping in front by removing our stacker bricks, putting up a small rock wall and inserting large bushes.  (Large bushes that in my opinion are too bushy for the front of the house!)

We spent 8 years of our married life in that house and Joey grew up in that house.  We changed it from chocolate brown, to white, and now the new owners have painted it a shade of green.  I like the color they chose.  My mom says it reminds her of their new siding they had put on this past year.  When I look at the house now it does not feel like home anymore.  We have lots of memories, good and bad, from the years we spent there, but it holds a new family, with new memories to be made. 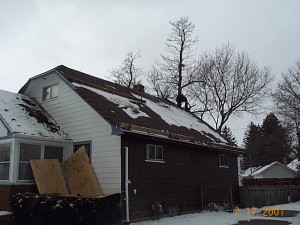 When we bought the house from Joey’s dad it was chocolate brown inside and out.  From the wood siding, to the paneling, carpeting, trim and faux beams on the ceiling white in the living room.  I could not stand all the chocolate brown so we tore up the carpeting, wall papered over the paneling, and painted the trim and beams in the living room.  Then it took me 3 years to transform the outside of the house from brown to white.  It took 4 coats of paint!  What a nightmare!

After living there eight years, the only thing that remained the same from when we took ownership was the 1950’s green kitchen floor.  It would have been next on the list to replace.  I remember buying the house and being so depressed because it needed so much work and did not feel like home to me.  In the end it was home and we loved living there.  But it was time to move on, to a house with more space to accommodate our growing needs. 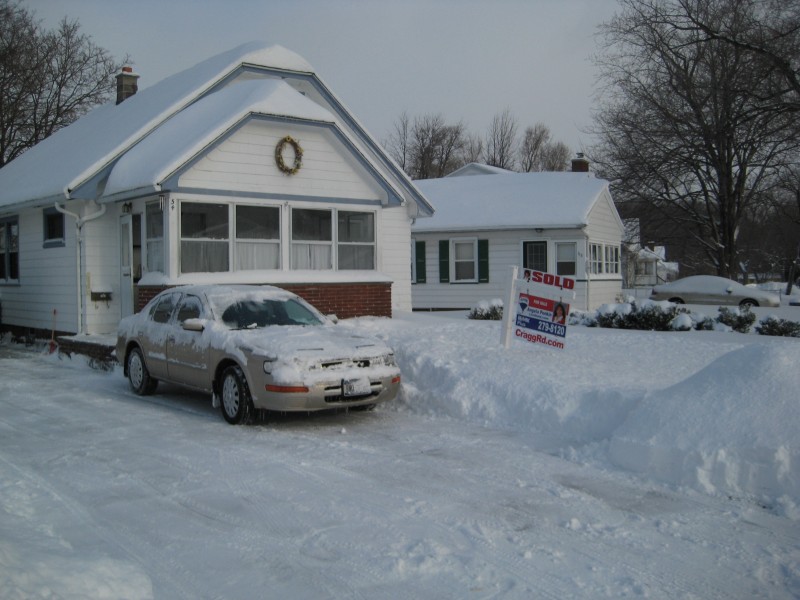 Our house in March 2008 right before we moved.

‹ Outraged at Gone With the Wind Ending! › Gymnastics ~ Jumping for Fun!