For New Year’s Eve 2008 we were given the opportunity to do something different.  Rochester was celebrating it’s 175th Anniversary with a big kickoff bash on New Year’s Eve.  The Bach Children’s Chorus was going to be singing downtown and a special ball full of wishes was to be set on fire downtown.  The chorus was looking for 175 local children to sing with them.  Chloe and Jayden were among those children.  Normally, we avoid going to heavily populated places like downtown for big holidays but  we made an exception and decided to give it a whirl!   I thought it was neat that there were children singing whose parents had sung in the 150th celebration.  There was lots of media and press surrounding what they called “The Big Wish 175th Celebration”. 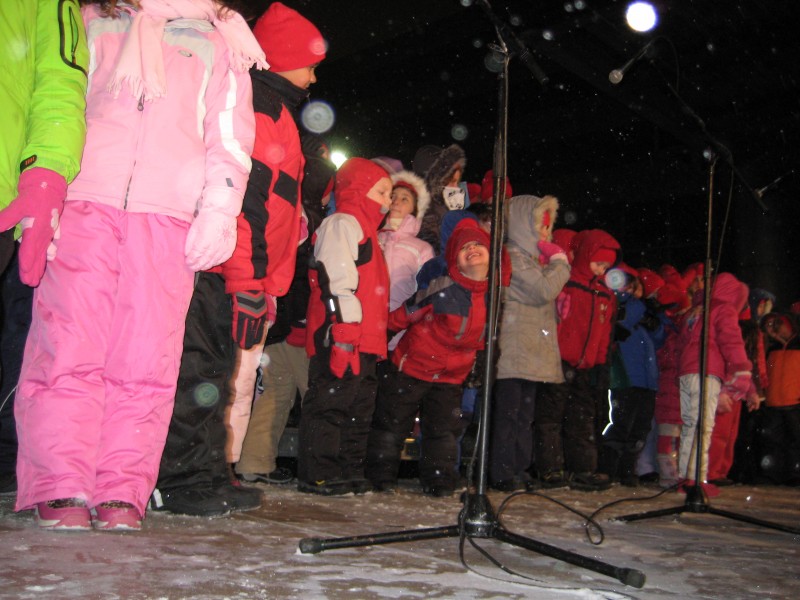 Jayden on stage to sing.

The kids had to attend one practice before the big event.  Then arrive early for a quick rehearsal.   It ended up being a lot of waiting in closed quarters with Jayden and Chloe and hundreds of other children with their parents.  Meanwhile my parents, Joey and Ava got to be out enjoying the activities.  There was food, music, games etc all happening inside the Riverside Convention Center.  Then afterwords there were fireworks and the flaming ball of wishes.

Below is a video that someone else posted on YouTube of the event.  The funny part is that they have Jayden front and center for most of the video! 🙂 Unfortunately, Chloe was up higher and was invisible, even to us for most of the performance. 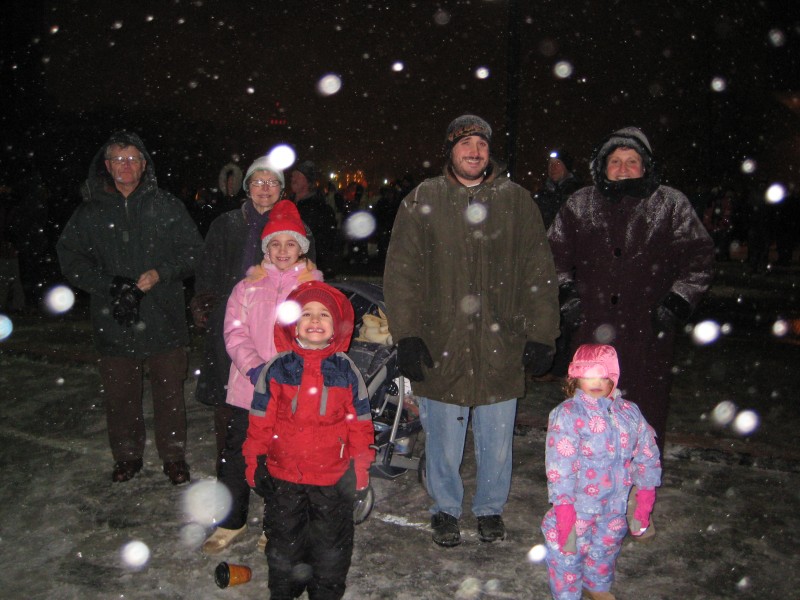 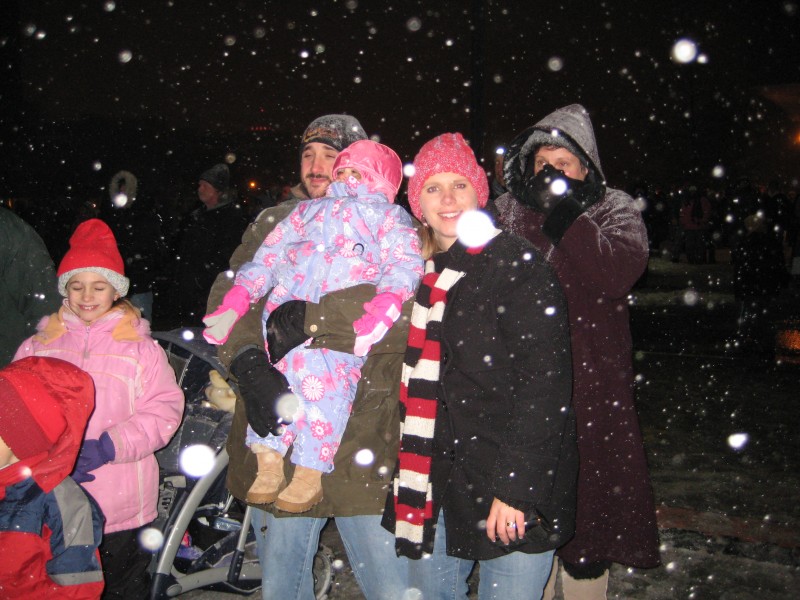 Waiting for the fireworks to start. 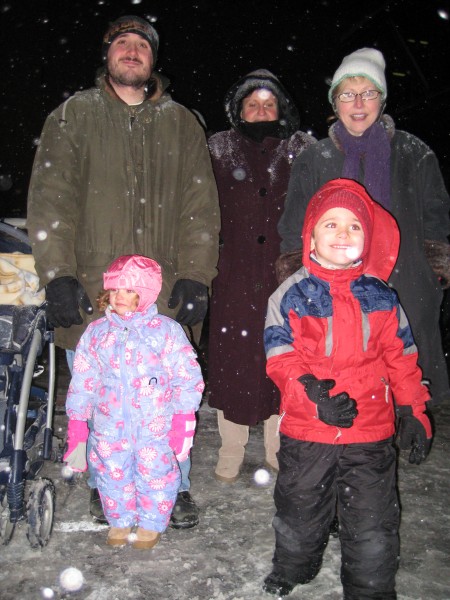 After leaving the main event we headed back to our vehicles.  There was just one problem….we could not find them!  None of us could remember the exact number, letter or whatever it was to designated the sections for where your car is parked.  We wound up and down in the parking garage beeping my dad’s remote for his van until we could find our way through the maze.  There were two sides to the garage and we could hear the van but could not get to it!

I thought for sure that the kids, especially Ava, would fall asleep on the ride home.  To my dismay, they were all WIDE awake when we got home.  New Year’s Eve 2008 was the first one that the kids were still awake at Midnight to see the ball drop.  When we arrived home we threw some munchies in the oven, had a snack and watched the ball drop together!

As I look back on last year’s hoopla, the main things I remember are how excited the kids, especially Chloe, were to sing on that stage.  The second and most distinct memory is how COLD it was in that lovely winter storm we were having on New Year’s Eve 2008!  It was a different, fun and most of all, memorable New Year’s Eve.