Everyone knows it is like a right of passage to leave your crib or toddler bed and head into your “big-kid” bed!  For each of our children it was a fun and exciting time.

Unbeknownst to Chloe she had to move on because there was another sibling on the way who would need the crib.  Chloe got a total room makeover because we were not only going to steal the crib, but the dresser as well.  She was receiving my bedroom set from when I was a child.  Chloe spent the night with Gommy, while Poppy and I worked to makeover her whole room.  She went from Peter Rabbit to totally pink Princess in a matter of 24 hours or so!

Jayden did not get nearly the hoopla that Chloe did.  The process of finding a solid wood twin bed frame to match his furniture was a task in itself.  We did not want to spend $500 on a bed for him!  He had a nice blue and red toddler bed that had been passed down to us.  It was so nice because we did not have to rush into getting him a twin bed right away.  He was so little that he could have stayed in the toddler bed even longer than he did. 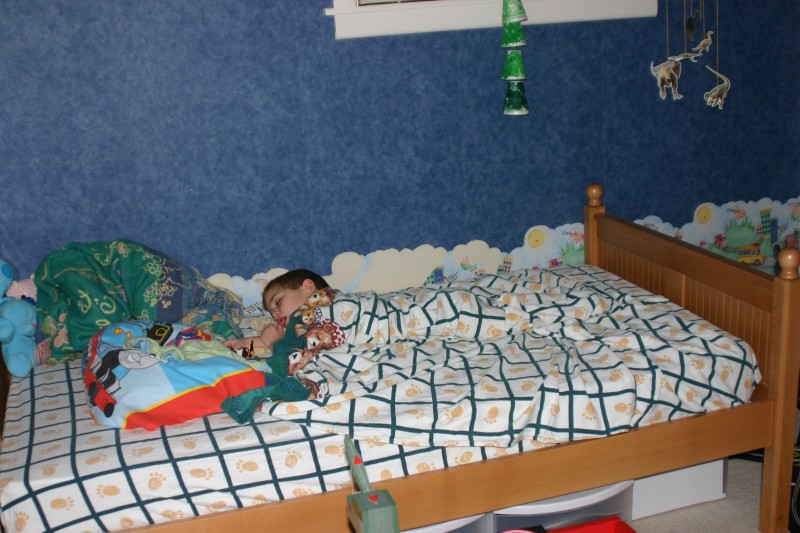 With Ava I was just hoping that the new bed would be so exciting that she would sleep in it.  She is our floor sleeper.  Earlier last week she asked me to sleep in her pop up Dora tent.  I wanted her to stay in bed so I put it over her in bed instead of setting it up on the floor.  When I went to check on her later in the night she had neatly and strategically moved all the things from her bed into her little cocoon under the Dora tent on her floor.  In the morning she had neatly put everything back before she called me to come get her in the morning!  Little did she know that I had already seen what she did in the middle of the night!

Two weeks ago we dismantled the crib for the last time.  Oddly enough there was no sadness in it for me.  I am happy to move on to the next stage of our lives with our 3 children.  While taking apart the pieces of the crib Joey and I chatted about what a great piece of furniture it is.  It is solid oak and very sturdy.  When we bought it we even bought the conversion kit to turn it into a full size bed if we so choose.  We talked about how some day one of our grandchildren might use it in their own home, or in ours.  Man, do I feel old! 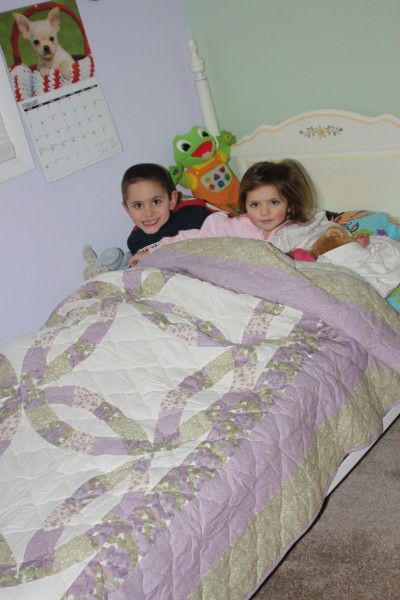