Preferences ~ As Evidenced in Shell Collection 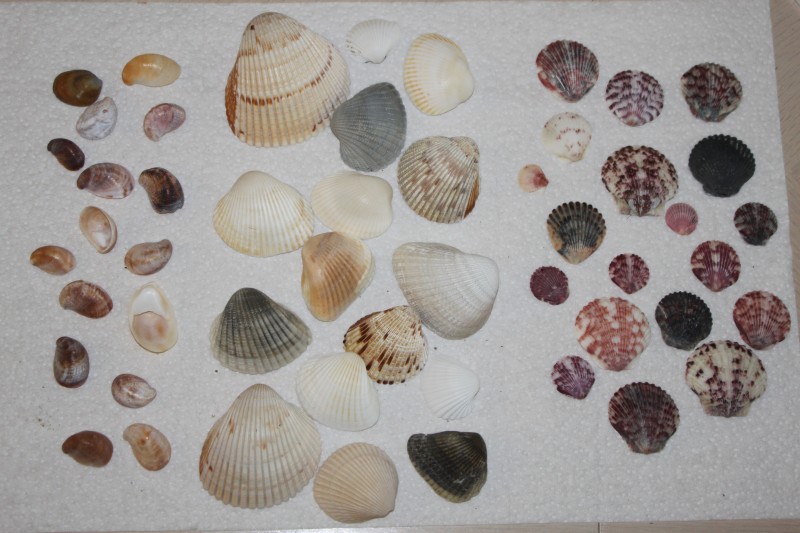 While vacationing in Florida I noticed something quirky about the kids.  We spent a large amount of time hunting for shells along the Atlantic shoreline.  While we strolled the beach each child chose their own shells.  Back in our condo in the evening, I set out to washing and sorting all the shells.  What I found was that each one of them had a distinct pattern as to what shells they seemed to prefer.  As I laid each child’s shells out on separate paper towels to dry, I was struck by the sight of it.

Chloe mostly chose the pinky colorful scallops, which are called Calico Scallops. These are super common along the beaches in Florida. 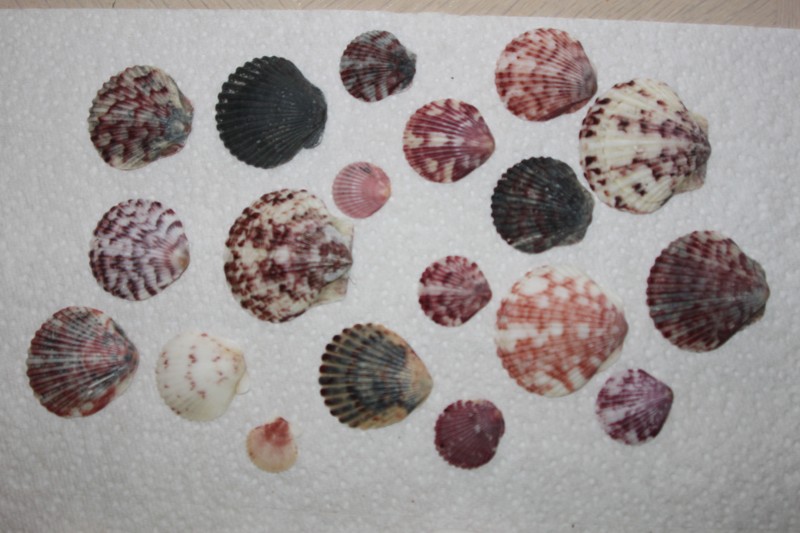 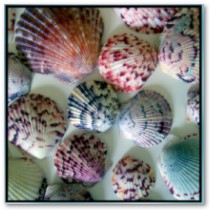 If you have ever been to a beach in the Southeastern U.S. you have probably found one of these – probably buckets full. They are abundant from the Southeastern United States to Brazil.  Many scallops can swim by clapping their shells together creating a jet of water. They don’t swim very far or fast but it’s enough to escape a slow predator like a starfish. 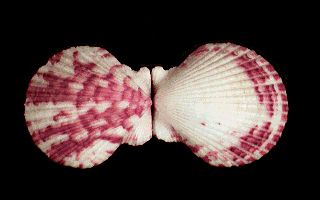 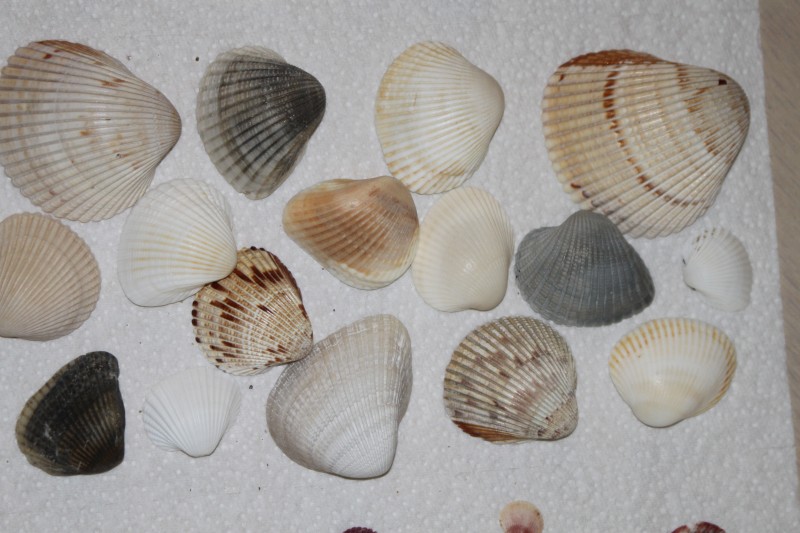 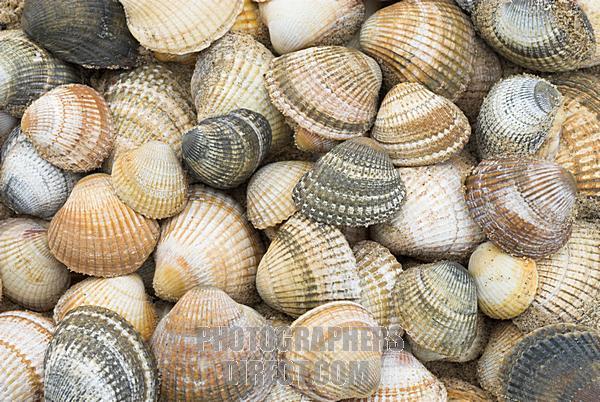 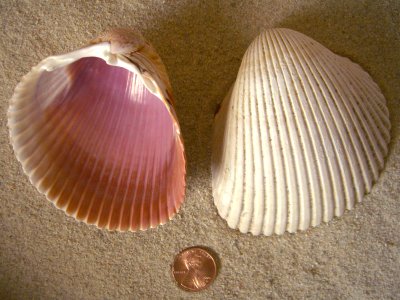 Cockle is the common name for a group of (mostly) small, edible, saltwater clams. Various species of cockles live in sandy sheltered beaches throughout the world.  The distinctive rounded shells of cockles are symmetrical, and are heart-shaped when viewed from the end. In most but not all there are numerous radial ribs.

Then when walking the beach the following day with Ava I noticed that the majority of shells she would pick up, hand to me, and tell me how beautiful they looked were ones shaped kind of like a shoe and had some slimy thing living in one end!  They are called Slipper Shells.  We found many of them stuck together the first day or so.  Thinking they were pretty neat we brought them inside with our collection of shells.  Only to open the plastic bags a day or so later to this horrible smell!  Turns out we had killed a few snails without realizing it!  After that we were very careful to make sure that the shells we toted in were empty! 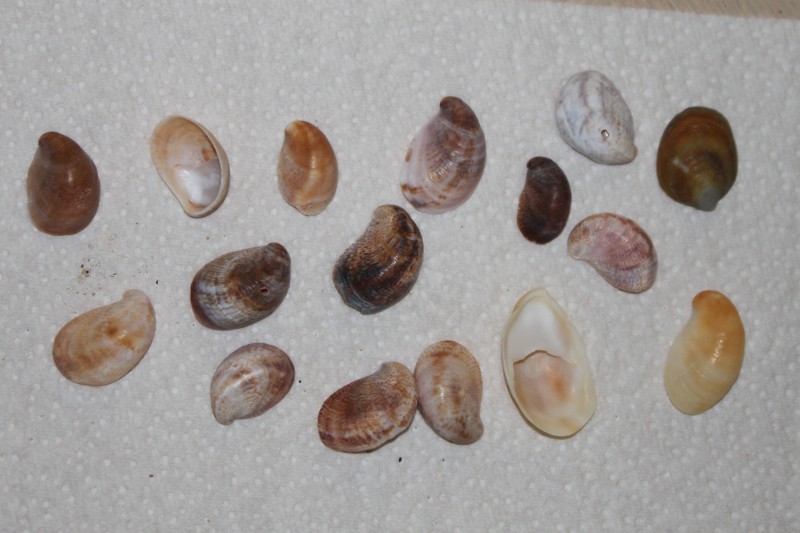 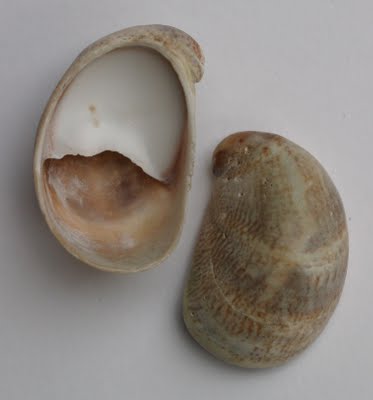 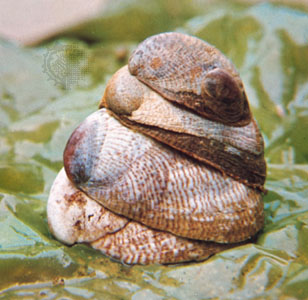 4 Slipper Shells stuck together by the snails inside

The Atlantic Slipper Shell lives most commonly in shallow subtidal sections of the ocean and is a type of snail. The slipper shell falls under the Phylum Mollusca.  The Slipper Shell is known by a few other names such as Slipper Limpet, or Boat Shell. The reason they would get the name “Slipper,” is because the inside of the shell resembles just that. There is an overlaying section inside the shell, which almost looks like a shelf where the organism once lived or still does live. This section of the shell, when the shell is turned upside down, looks like the section of a slipper where one would put their foot.