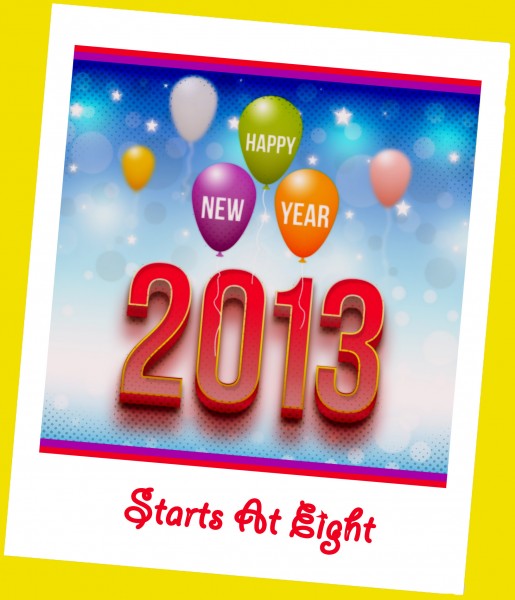 As I sit here wondering what to write about I am struck by my increasingly large case of writer’s block.  A kind of block that is case specific to this time honored tradition we call, “New Year’s Resolutions”.

Resolution by definition means, “A course of action determined or decided on.”  A New Year’s Resolution according to Wikipedia is, “a commitment that a person makes to one or more personal goals, projects, or the reforming of a habit. A key element to a New Year’s resolution that sets it apart from other resolutions is that it is made in anticipation of the New Year and new beginnings. People committing themselves to a New Year’s resolution generally plan to do so for the whole following year. This lifestyle change is generally interpreted as advantageous.”

I have never really been big on New Year’s Resolutions.  In 2010 I made a different type of resolution than the norm, I made a resolution to read Gone With The Wind;   For 2011 it was Sophie’s Choice, and for 2012 it was the Harry Potter series.  I finished Gone With The Wind, gave up on Sophie’s Choice (but surprisingly got other great benefits from trying to read that book), and made it through 2 out of the 7 Harry Potter books.

2012 took our family on a roller coaster ride that we never would have anticipated.  We gained and lost, feared and celebrated, screamed, laughed, cried, and everything in between.  For the first couple of months of the year I thought our nightmare would never end.  Slowly the sun began to shine again, we put one foot in front of the other, and kept moving forward…..only to find yet another bump (or should I say deep canyon) in the road! I have no regrets as I believe everything happens for a reason.  I also know that I agonize over every decision before I make it because I don’t take even the smallest of decisions lightly.  Therefore, the paths we have walked this year were the ones we chose, the directions we thought were best, and will continue to the be the ones we follow.

Popular resolutions include things like improving your health with things like diet, exercise, or quitting smoking; improving your fiances by working towards lower debt, increased savings or a new job; taking trips, volunteering more, reducing stress, and improving relationships.  I have a problem with picking an arbitrary date like the New Year to do these things.  You don’t get to plan and plot your life (as much as I try), life happens, outside influences change things, people come and go.  Sometimes changes like these aren’t necessary at this junction of the New Year, but may pop up two months from now or two days from now.

I always have lists, I always have goals.  Sometimes I fall short and sometimes I rise.  I rose more than I ever expected I would this past year.  I hope I can hold on to that and rise again when I need to.  As I talked about in my last post, I struggle with maintaining a decent weight.  It will be a lifelong battle for me, one I have just taken up again.  So when people ask me about New Year’s Resolutions, I guess I will start there.

1.  To drop 20 lbs by April 1st ( as well as improve my much deteriorating posture)

2.  To take our family on Chloe’s “8th Grade Washington trip”

3. To have a plan for Homeschooling High School as come September Chloe will start 9th grade (YES I DO PLAN ON HOMESCHOOLING HIGH SCHOOL!)

4.  To have Starts At Eight Photography in good working order (unlike it’s current state of mess and disorder)

‹ How to Eat When You’re NOT Working Out ~ My Weight Loss Struggles › Starts At Eight: Top Ten Most Popular Posts of 2012