“Homeschool Time” – How some make a bad name for the rest of us!

So again today, as I have been every Monday for the past 6 weeks or so, I am reminded of one of the homeschooling mantras (if you will), that irritates me to no end! The one where it excuses homeschoolers from ever being on time. I know that it is not representative of all homeschoolers, as I am a homeschooler and I don’t follow this mantra, but I all to often run into the population of homeschoolers who does. 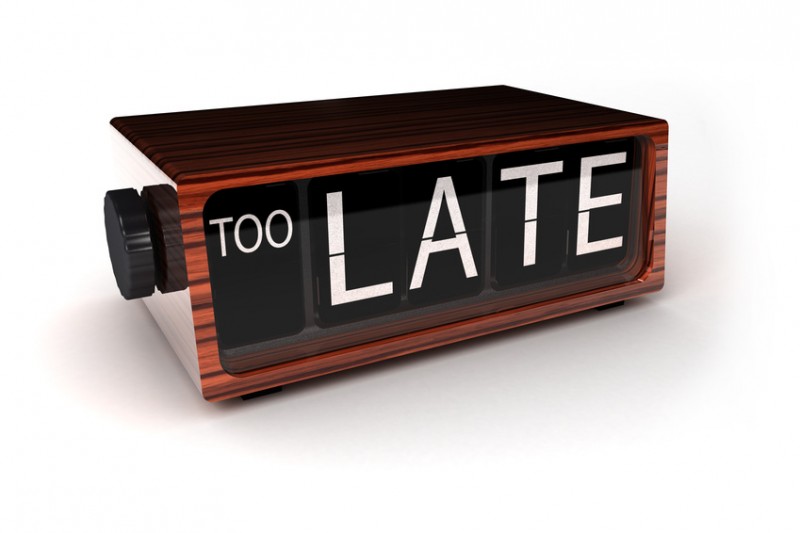 A year or so ago I had the opportunity to become a founding member of a co-op that someone was working to start up. I have always wanted to be involved in a co-op, but have never found one that was a fit for us. I was in charge of laying out the “class” schedule. So I asked how many rooms we would have, how many sets of classes we were going to have and how long they should be. I was given a hedgy response about how there should be no set beginning or end time, and how they wanted to just let things flow. Well, first of all, why did you ask me to make a schedule then? And secondly, how on earth was one class supposed to end and others start, at any given time they feel like? If you are in classroom A and decide to keep the class going long, how would the next class begin in there and what about the kids still in your class that would be missing the start of their next one? Now I am very aware of the fact that I am on the extreme side of type A and very schedule oriented, but I could not see a world in which this other plan was going to work. In the end I had to bow out of the co-op as it clearly was not going to be a good fit for us.

Now on to the happenings today, and the past few weeks. Jayden is signed up to take a science class every Monday morning at 10am. Every Monday morning we drag ourselves out of bed (seeming to be the only day that the little two are not running around the house at 7:30am like cowboys and Indians) and rush around to get out on time. Now let me put this in a frame of reference for you, on time for me is 15 minutes early (at least!). Again today we fly out of the house at 9:30 for what is a 20-25 minute drive to arrive at the science center 8 minutes early. In true fashion we get to 10:15, still standing in the lobby, waiting for half the class to arrive!

A couple of weeks back I asked the girl who runs the class if it started at 10am or 10:15 because we are always there thinking the class starts at 10 but are waiting until at least 10:15 for her to take the kids to the classroom. She told me that the class did in fact start at 10, but people were not coming on time. In some ways I was irritated that she did not just start at 10 like we should (then maybe people would make more of an effort to get there on time), but I am at least grateful that they always get the full time (1 hour) and sometimes a little more. At the end of that class she tried to remind everyone that start time was in fact 10 and not 10:15, but to no avail the next week anyways. 🙁

So this morning as we walked in and the cart was not there for sign in yet, we wondered if the one day we walked in at 10:01 if they had gone up without us. It turns out that she had car trouble and someone else was gathering everything together to get started. People were trickling in and I heard two of the parents talking, one questioning if they were late, the other saying, “No, we are homeschoolers and this is homeschool time you know!” I was ticked beyond belief! Why must people make such a bad name for all of us! 10am is 10am not 10:15 or 10:20! Being homeschooled is not an excuse to be rude and late for everything. Yes, it allows you to run on your own schedule, when it only involves you, but when you are functioning out in the real world, you function on real world time!