Historical fiction is a weakness of mine. I LOVE to read and my favorite way to delve into history is through a good story. Recently I have been using this fact to engage my children more in different historical time periods. That being said, I am of course compiling my thoughts and resources together to share here. This is meant to be a series of posts that cover different time periods and include not only historical fiction, but any other resources I have found along the way. The first in this series is Columbus….who sailed the ocean blue in 1492! 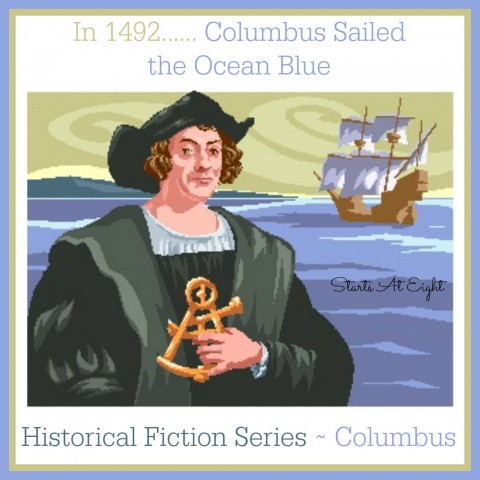 Let’s start with the famous poem/song about Columbus. It makes for a fun way to learn some facts about Columbus and setting things to song always seems to help with the process of memorizing things.

He had three ships and left from Spain;
He sailed through sunshine, wind and rain.

He sailed by night; he sailed by day;
He used the stars to find his way.

A compass also helped him know
How to find the way to go.

Ninety sailors were on board;
Some men worked while others snored.

Then the workers went to sleep;
And others watched the ocean deep.

Day after day they looked for land;
They dreamed of trees and rocks and sand.

But “India” the land was not;
It was the Bahamas, and it was hot.

The Arakawa natives were very nice;
They gave the sailors food and spice.

Columbus sailed on to find some gold
To bring back home, as he’d been told.

He made the trip again and again,
Trading gold to bring to Spain.

The first American? No, not quite.
But Columbus was brave, and he was bright.

I have put together a collection of books that cover early elementary through adult level reading. I also want to point out that many of the elementary aged books are still great resources and easy reads for the older set as well.

This unit will help you engage your children by using role-playing, puppet shows, and storytelling. Travel Through Time with the Story Genie: A Role-Playing Unit on the life and times of Christopher Columbus is a totally self contained unit study. 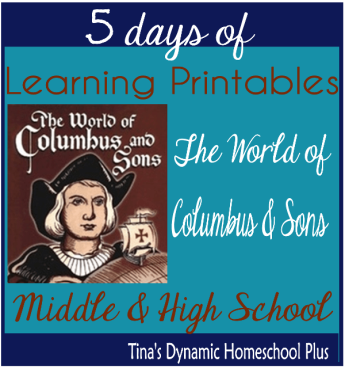 . It includes tons of resources and FREE Printables and is geared for the Middle and High School student. 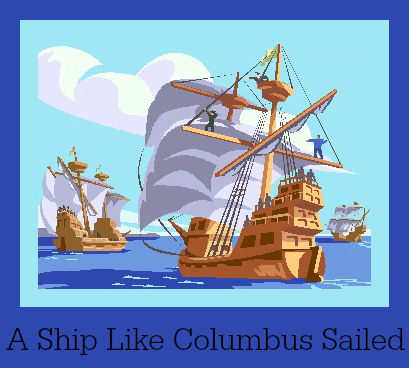 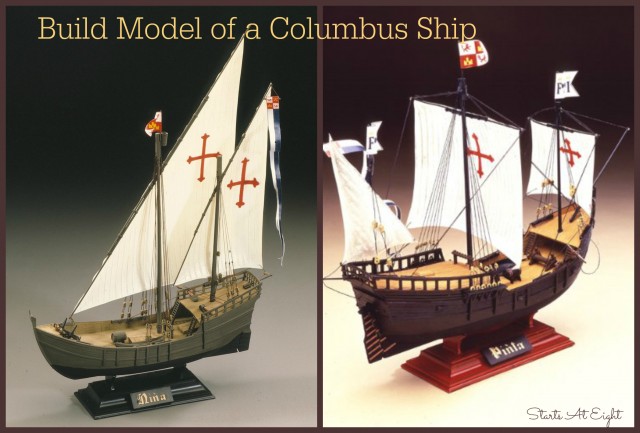