Last night I had the opportunity to attend Disney on Ice – Treasure Trove. I ended up taking both Ava (5) and Chloe (12) and making a girls night out of it. We splurged and ate dinner at Friendly’s! (We were able to do this because I did not have to pay for the tickets due to them being given in exchange for my review) With so much stress in our lives right now I had not realized how much I needed a night out to breathe, and enjoy…but I clearly did.

It was fun spending time with just the girls! Ava’s eyes we larger than life most of the night! From getting ice cream at Friendly’s to watching Tinkerbell fly, it was a night not soon to be forgotten by her! Even Chloe and I greatly enjoyed the show.

Below are a few photos, along with some snippets of my full review:

“The fleet of 20 cards in the Queen of Hearts’ Army was both fun and impressive; their costumes were cards on both front and back, so whether skating forward or backwards, the skater always seems to be facing forward.” 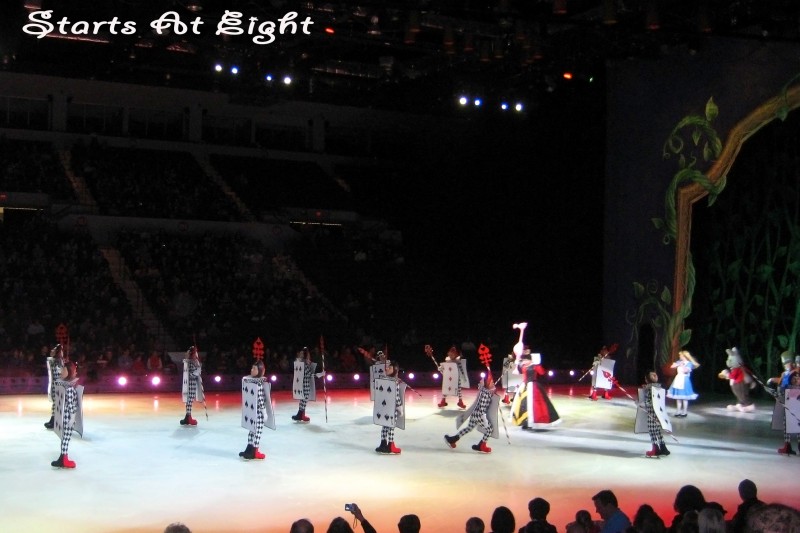 “Peter Pan begins with a human skating on his belly in a huge crocodile costume, chasing Captain Hook, which thrilled both boys and girls in the audience (although it might require some reassurance and mommy lap-sitting for toddlers). This type of innovative costume design was used throughout all the stories in the show and was a definite enhancement to the flow and pageantry of each story being told.” 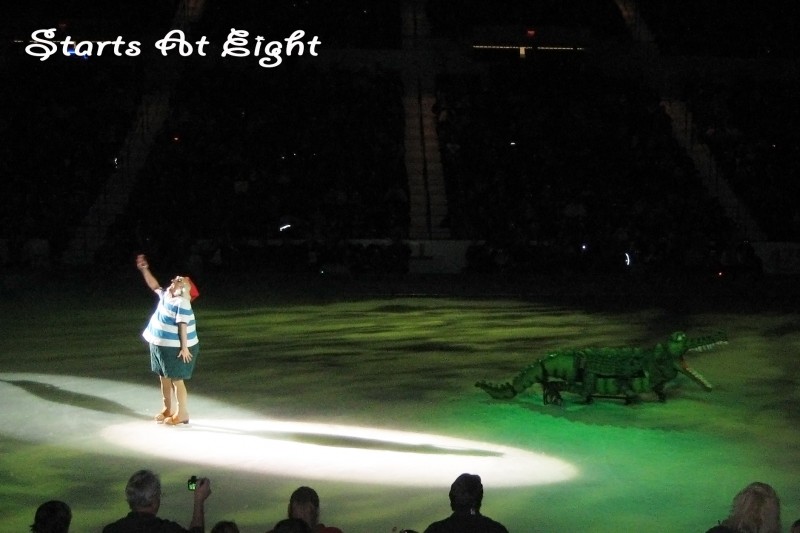 “The bottom line for the second half: less storytelling and more big hit numbers! Highlights were from Snow White, Aladdin, The Little Mermaid, Tangled, and The Princess and the Frog. This lent a faster pace to the performance and more toe tapping excitement, such as when Aladdin entered with a flash of fireworks and our favorite blue genie, and then a large, very lifelike elephant to be ridden by Aladdin himself.” 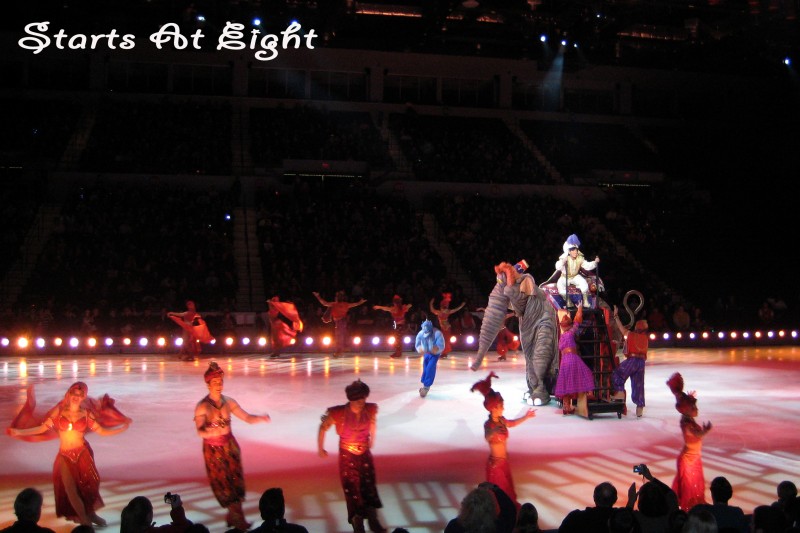