Over the past two weeks we have encountered a small handful of benches while we were out and about.  While at the Red Wings game Joey and Jayden hit up the two benches there. 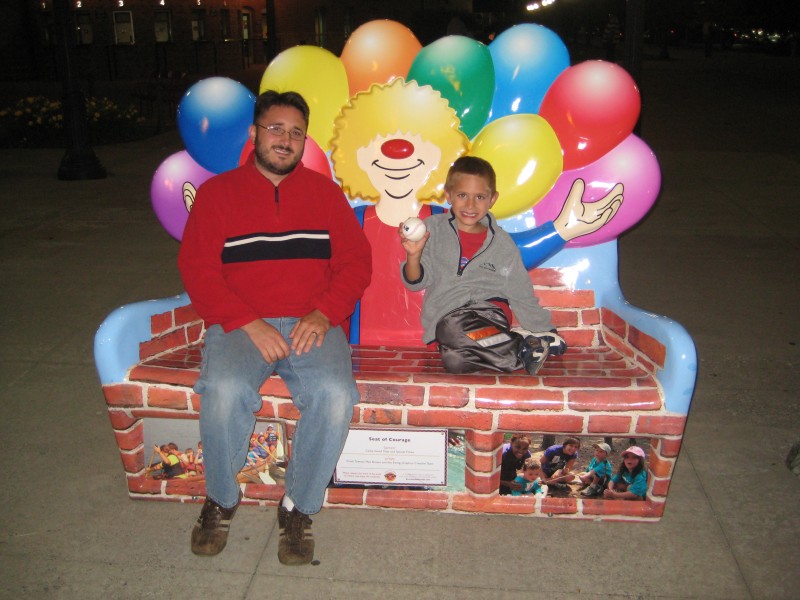 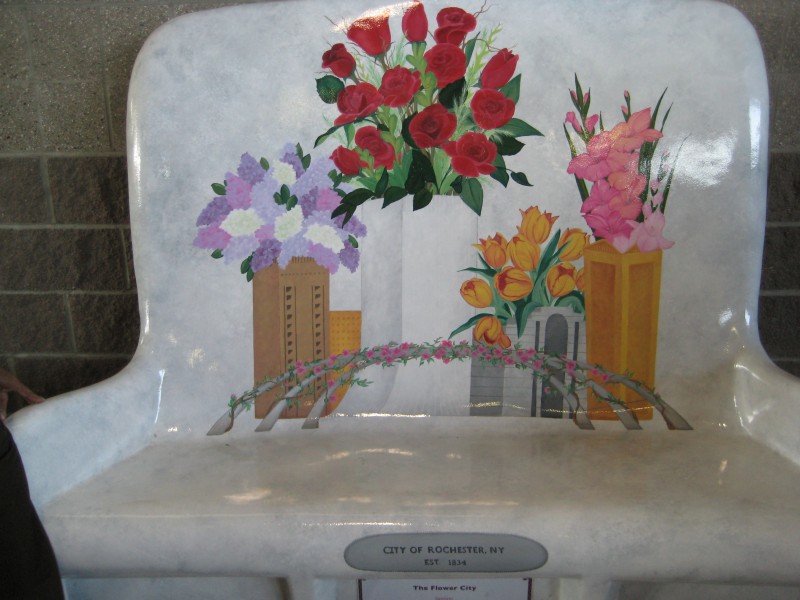 Joey was a big bench finder this week as these next two are ones only he saw.  While getting wined and dined at Casa Larga Vineyard for work, Joey hit Eastview Mall for the next two benches. 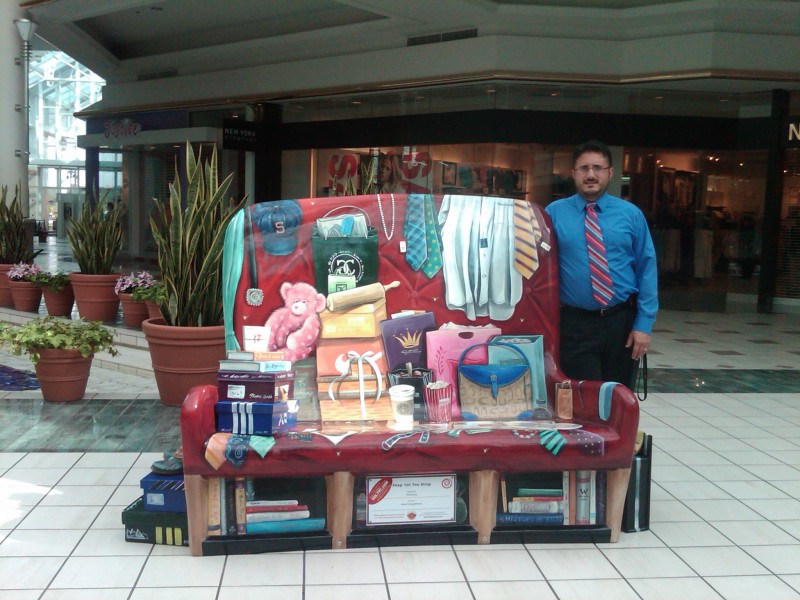 Shop Til You Drop

Joey boss Donna took these photos of him.  In the next one he said she told him he had to pretend he was rowing.  He sent these to the kids and I from his Blackberry that day.  The first thing I thought was that he should have been sitting on the bench pretending to be in a full on rowing position!  Too bad he wasn’t a better sport about ! 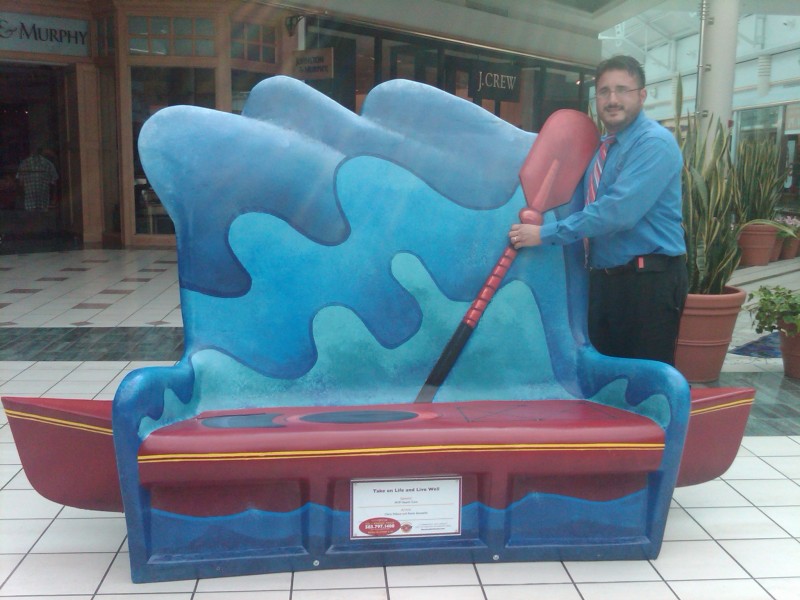 Take on Life and Live Well

The last 3 benches are at Greece Ridge Mall.  The kids and I are often there to eat lunch with Poppy and Gommy.  This week we met them after story time at Barnes and Noble with Mr. Mike.  If you notice in the first picture, the kids had a little visitor in their photo shoot! 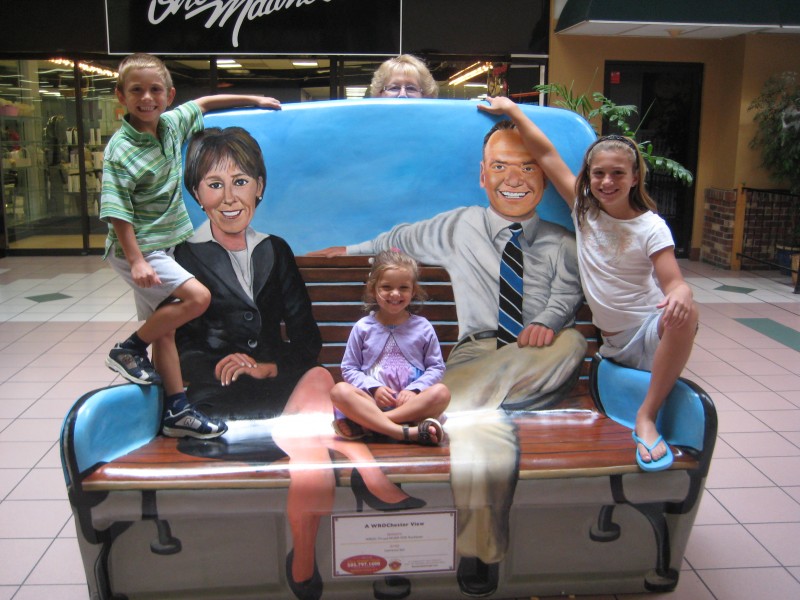 After taking the above photo, Ava scurried around the back and insisted on a photo of her at the back of the bench.  Of course, the other two followed suit so I snapped a shot of the three of them at the back of this one! 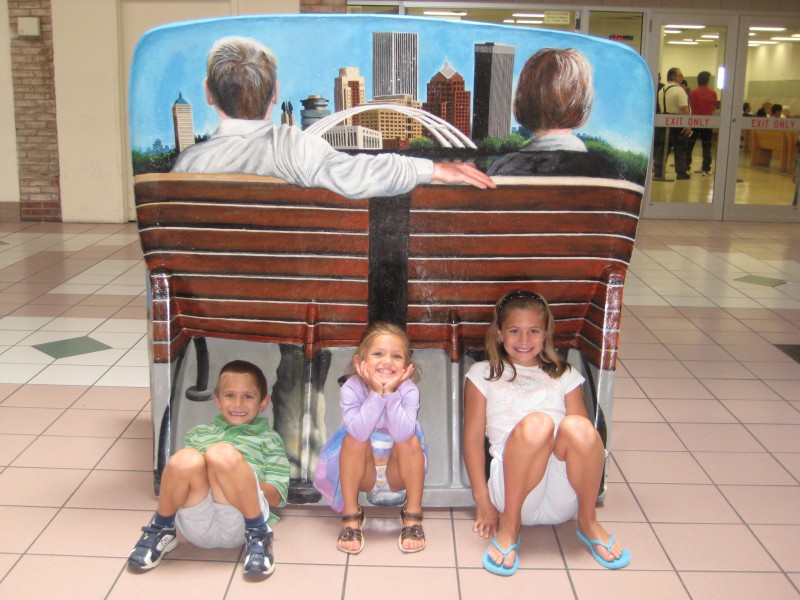 A WROChester View ~ The backside 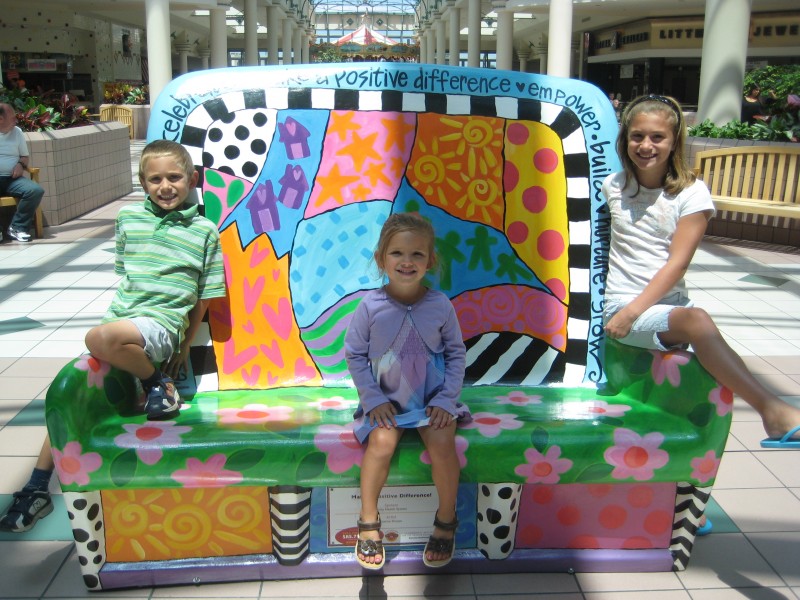 We had to ask someone to get off this next bench so we could take a photo on it.  I always feel bad doing it but most people have been really nice about it.  We then of course have to tell them all about how we are scouring the city this summer looking to take a photo with all the benches and trying to find the 26 that have swirls on their nameplates for the scavenger hunt.  The girl that had been sitting on the bench was not even aware of any of the things going on surrounding it! 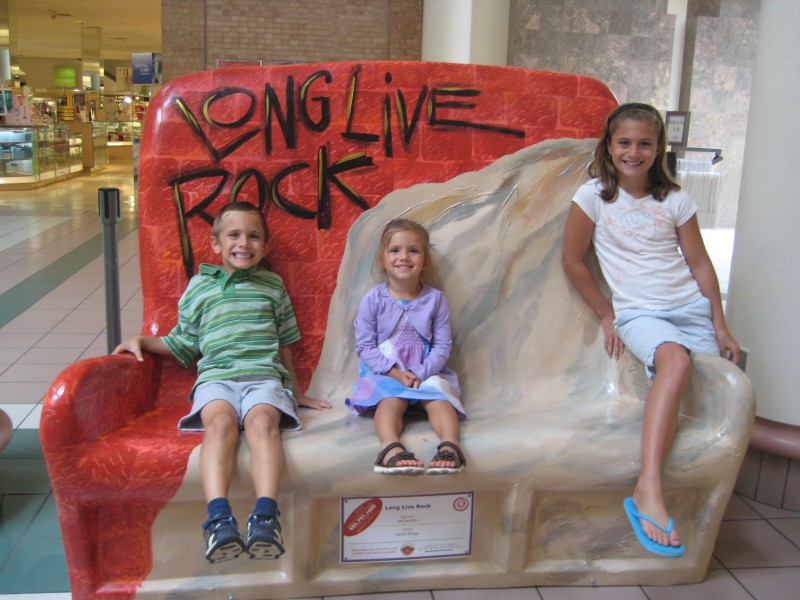