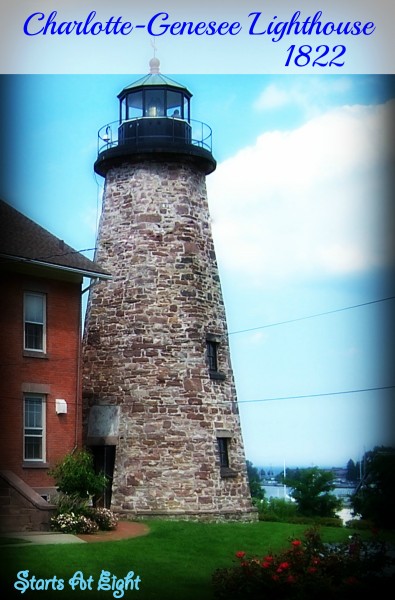 Our most recent Girl Scout field trip was to the Charlotte-Genesee Lighthouse. I know the highlight for Ava was actually getting to climb the tower! We climbed 42 wrought iron steps to get to the top. These were not the original steps though, according to our guide these “new” steps replaced old wooden steps in the late 1800s. 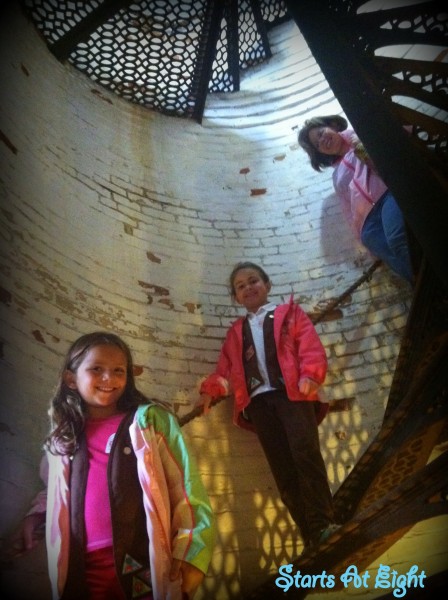 I really enjoyed the story that went along with this model.  It says that to ward off a British force, the “Valiant 33” marched in and out of the woods (in a circle), making it appear as though they were much larger in numbers than they actually were!  Due to their efforts the British were forced to retreat.

A Brief History of the Charlotte-Genesee Lighthouse:

1822: Original tower and keeper’s house were constructed
1853: The original fourth order Fresnel lens was installed in the original tower to replace the existing ten lamps. At this time the iron steps were installed.
1889: The Lighthouse looked had a wooden walkway and no Lantern Room. Around this time the tower was deactivated and the lens was moved out to the west pier of the Genesee River.
1984: The Lighthouse begins serving as a museum.
1965: Students from Charlotte High School Save the Lighthouse from being removed. 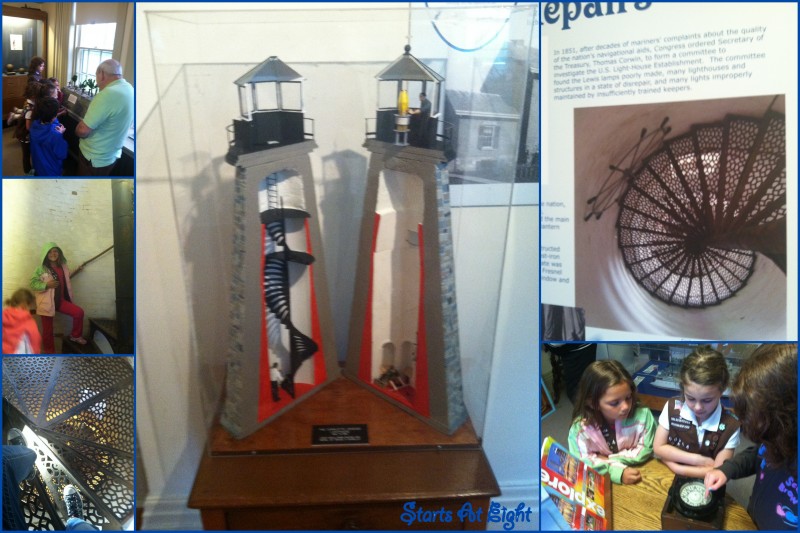